WashPost Shifts Into Reverse on Graham-Bradlee Legacy on Leaks 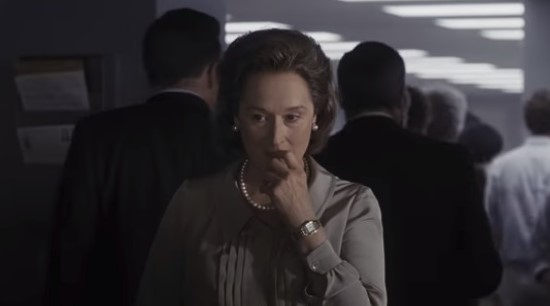 Katherine Graham, the late publisher of The Washington Post, is legend in their newsroom. Not to mention in Hollywood, which has just turned out a glitzy tribute to Mrs. Graham starring Meryl Streep as the publisher who, with executive editor Ben Bradlee, fought the Nixon administration over the release of the Pentagon Papers.

Not mentioned recently over at the Post? Katherine Graham wrote her memoirs, Personal History, back in 1997. Among many topics discussed was the battle over the Pentagon Papers. Without further ado, let’s turn directly to publisher Graham herself on the subject.

At the end of 1971, I discussed the issues surrounding the publication of the Pentagon Papers in a speech I gave at Denison University. I still maintain what I said then, which was essentially that we believed from the start that the material in the Pentagon Papers was just the kind of information the public needed in order to form its opinions and make its choices more wisely. In short, we believed the Papers were so useful to a greater understanding of the way in which America became involved in the Vietnam War that we regarded their publication not as a breach of the national security, as the administration claimed, but, rather, as a contribution to the national interest-indeed as the obligation of a responsible newspaper.

As I concluded in that speech twenty-five years ago, and as I strongly still believe:

The sobering reality is that the process laid bare in the Pentagon Papers is precisely the process by which most of the business of government is carried forward. We may wholeheartedly embrace the pledge of "No More Vietnams," but until we open up the system and expose its workings to the light of public scrutiny, that pledge will remain the realm of empty rhetoric.

Mr. Graham wasn’t alone in this belief of exposing government documents “to the light of public scrutiny.”  Her partner in this episode, Ben Bradlee, also discussed the issue in his own memoirs, A Good Life.  Bradlee wrote the following: “Not publishing the information when we had it would be like not saving a drowning man, or not telling the truth.”

Remember that: Not going public with the information the Post had would be like “not telling the truth.”

As this is written Hollywood’s salute to this moment in Mrs. Graham’s history and that of the paper is The Post, directed by Steven Spielberg and starring Meryl Streep as Graham with Tom Hanks cast as Ben Bradlee. On December 19th of last year, the film got multiple glowing reviews in - where else?- The Washington Post.

Headlined one reviewer admiringly: "In ‘The Post,’ Streep and Hanks lead a stirring homage to the pursuit of truth."

The review by the Post’s chief film critic Ann Hornaday reads in part:

The Post isn’t a subdued ode to cinematic restraint and shoe-leather reporting. Rather it’s a purposefully rousing homage to the ideals of journalistic independence, governmental accountability and gender equality that isn’t averse to underlining, italicizing and boldfacing why those principles are more important than ever.”

The review also says this:

Propelled by alarm at the election of Donald Trump last year, Spielberg and his lead actors put The Post in front of cameras in record time, starting production in May of this year and bringing it to theaters in a scant six months.

Whether turning to the exact words of Katherine Graham and Ben Bradlee themselves, or to the Spielberg lionization on film, Americans have been told repeatedly, again in Graham’s own words, that we must “open up the system and expose its workings to the light of public scrutiny.”

Thus one can only marvel at the abrupt turnabout at the Post - and not only the Post but across the spectrum of liberal media -as Americans awaited the release of the now-famous House Intelligence memo that runs, unlike the Pentagon Papers, a mere four pages. That turnabout is captured at, but of course, at Fox News, which ran this Brian Flood story as the countdown to the release of the House memo was underway. The headline:

The story, in part:

The media industry’s decades-old crusade for transparency ended this week as liberal pundits from a variety of news organizations called for the controversial memo on alleged FBI abuses to stay private.

Talking heads on both CNN and MSNBC, as well as editorial boards from the prestigious New York Times and Washington Post have all come out against the House Permanent Select Committee on Intelligence memo that potentially reveals the FBI abused spying authorities and paints government officials as anti-Trump. 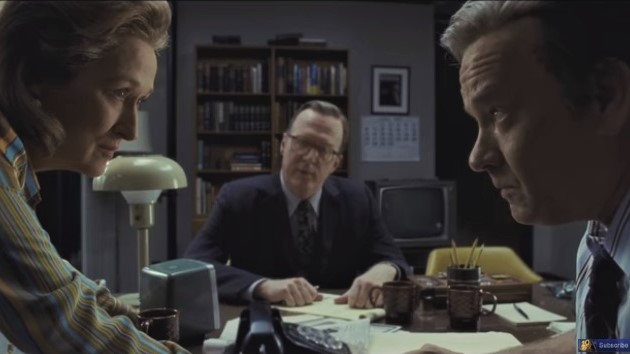 Ironically, the mainstream media wants to keep the memo private even as Steven Spielberg’s The Post, a story about the Washington Post’s fight to release the Pentagon Papers, is playing in theaters across the nation. Hollywood royalty Tom Hanks and Meryl Streep portray newspaper legends Ben Bradlee and Kay Graham as they challenge the government to release the controversial documents.

….The real-life, current version of the Washington Post isn’t exactly a champion of transparency at the moment. The paper’s editorial board wrote on Thursday that it’s “not in the business of opposing the release of information of potential public value,” but then spends a few hundred words contradicting that statement.

“Discrediting law enforcement is the memo’s transparent purpose and why it has been embraced by President Trump,” Post editors wrote before claiming that House Speaker Paul Ryan and GOP colleagues want to help Trump “impede an investigation” into whether or not Russia attempted to influence the 2016 election.”

Scathingly, Fox quotes Mediaite columnist Joseph Wulfsohn, who mocks the paper’s Trump-era motto: “Democracy Dies in Darkness.” Said Wulfsohn: “The purpose of a free press is for them to shed light on what's been going on in our government no matter which political party benefits... Apparently the Washington Post has already forgotten their Trump-era motto ‘Democracy Dies in Darkness.’”

Democracy does indeed die in darkness. And the Washington Post favored turning out the lights.

Will the Post be ashamed of itself?  Don’t bet the ranch.