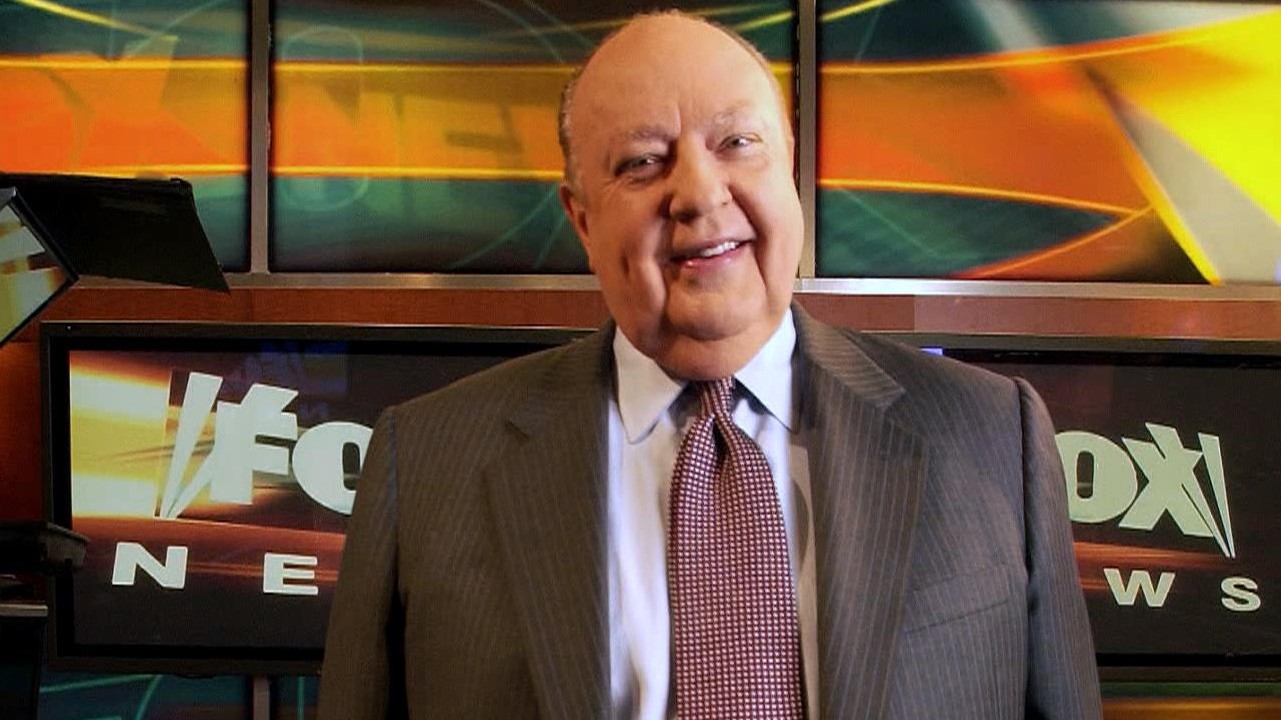 Eight years ago, in what - quite unsuspectingly — would turn out to be the first of countless CNN appearances for me —  I was invited by Lou Dobbs, then a 30-year CNN mainstay, to appear on his  CNN evening show. Lou was under attack from the Left for his opposition to illegal immigration, and I had written a series of columns exposing the group attacking both Lou and others, including Rush Limbaugh, Bill O’Reilly and Glenn Beck - and his First Amendment rights.

Arriving at CNN in New York, I was escorted to the green room to await, along with other guests, my appearance. Shortly afterwards Lou appeared, welcomed us all, then entered the studio to begin his show as we watched on a green room monitor. To the astonishment of all, Lou began his show by announcing it was his last at CNN. He had clearly had it with the demands from critics that he be fired, and decided he would quit instead. Everyone present, including his CNN staff, was stunned. I was eventually summoned for my appearance looking like the proverbial deer-in-the-headlights as I contemplated what had just happened right in front of me and that I was, of a sudden, Lou’s last guest on CNN.

Appearance over, I left the building and stopped to look back at the glass-encased Time-Warner Center that houses CNN’s New York Bureau. Writing in The American Spectator, I focused on a fact that is usually ignored in the hustle and bustle of daily life. Like every other tangible thing on earth other than what is produced by Mother Nature, manmade creations are the handiwork of dreamers. Someone has a dream - and they work work ceaselessly to bring it to life. What I was looking back on that night as I stood on New York’s Columbus Circle was the manifestation of three dreams joined as one. The original dreams of the young creators of Time magazine, Warner Brothers (the movie makers) and CNN - Ted Turner’s brainchild. In this vein I noted the following:

Meanwhile, across the dial Fox News and the Fox Business Channel, the dreams of creators Rupert Murdoch and Roger Ailes, creators in control of their creation, are in fact entering what will someday be looked upon as a golden era. A golden era that will start to disintegrate as well if the managers who assume control of the dream left behind when the end of the Murdoch-Ailes era arrives just –manage.

In fact, as with Fox News, all of talk radio itself is in the midst of a golden era of creativity, from founding father Rush Limbaugh to Hannity and Levin and Dobbs and Beck all the way down the chain to your local morning drive team. Who could possibly have imagined the O’Reilly Factor except for — Bill O’Reilly? Who could have created the Rush Limbaugh show except — Rush Limbaugh? Who could dream up the Beck shows — except Beck?

These are just a few of limitless examples of what creative people — in any field they call their own — can do when they have the freedom to create, to use their talents and skills to make their Swiftian visions come true.

Eventually, I went on to point out, the creators of dreams pass away, and the dream manifested passes in to the hands of others. It is the way of life.

This week, sadly, Roger Ailes has died. Along with Rupert Murdoch, Roger was the un-disputed Dreamer-in-Chief behind the creation and eventual dominant force that became Fox News. He wasn’t just smart, he was street-smart, savvy, his own humble origins from small town Ohio giving him the ability to understand America and Americans in a way that would prove baffling to competitors who had long ago succumbed to the bright lights of supposedly sophisticated New York, Washington or Los Angeles. His advice to fellow small-town boys Richard Nixon and Ronald Reagan helped make them each President of the United States. His understanding of Donald Trump’s “blue collar billionaire” appeal helped do the same for Trump.

But without doubt, the everlasting creation that will be most identified with Roger Ailes will be Fox News. And all one has to do to understand the degree to which his creation of Fox has so upended the liberal world view and its assumed role as the guarantor of “truth” is read the Ailes obituaries written by liberal media critics.

Over at the liberal Rolling Stone, the headline was this:

Roger Ailes Was One of the Worst Americans Ever
Fox News founder made this the hate-filled, moronic country it is today

When I mentioned to one of my relatives that I was writing about the death of Ailes, the response was, "Say that you hope he's reborn as a woman in Saudi Arabia.

Ailes has no one but his fast-stiffening self to blame for this treatment. He is on the short list of people most responsible for modern America's vicious and bloodthirsty character.

We are a hate-filled, paranoid, untrusting, book-dumb and bilious people whose chief source of recreation is slinging insults and threats at each other online, and we're that way in large part because of the hyper-divisive media environment he discovered.

Ailes was the Christopher Columbus of hate….

Believe it or not, this hate-filled screed goes down hill from there.

One can only wonder how smart people like Taibbi can be so totally out of touch with the country they live in. Not to mention that to the extent they have any perceptional skills at all that they are so wildly inaccurate not only about the country - but their own world view.

Roger Ailes understood to his core that Americans were and are a good and decent people. That they object to the left-wing agenda because they know in their bones exactly how atrocious and un-American it really is. They understand that, for example, “identity politics” is nothing but tribalism, the latest version of the sheerest of racism - as Fox’s Tucker Carlson just discussed this week. Americans see the country as a nation of opportunity, a place where opportunity plus hard work allows them to pursue and achieve their individual dreams. And yes, it is very safe to say they are not happy with the snooty condescension practiced by liberal media elites who look down on the rest of the country from their coastal urban enclaves.

This understanding of Ailes was manifested in the Nixon campaign of 1968. It was such a distinctive grasp of the American reality that journalist Joe McGinniss became the first to write up Ailes the young Ohio TV producer-turned-political media adviser to Nixon. In 1960 the candidate had famously seen his supposedly sure-thing campaign as a sitting vice president to a popular war-hero president go down the drain to a young and relatively unknown Massachusetts Senator John F. Kennedy because of a horrendous televised debate performance. Nixon had done everything wrong, television-wise, from famously declining TV make-up to hide his five o’clock shadow of a beard to wearing a light-gray suit and, as a result of a two-week weight-losing hospitalization, wearing a shirt that had become a size or so too large around his neck. Combined with his darting, dark eyes the experience had an utter disaster.

Seven years later, in a green room conversation with the young producer of the Mike Douglas Show, an afternoon celebrity-driven TV show, Nixon had volunteered that he saw TV as a gimmick. To which the up-front producer responded that if Nixon really believed that he would never be elected president. Weeks later Nixon hired the young Roger Ailes. And with Nixon’s election writer McGinniss wrote up Ailes in a book titled The Selling of the President. McGinniss asked questions that Ailes knew the answers to and had used to Nixon’s advantage in the 1968 campaign. The kinds of questions that were a novelty then and are a television/media gospel today. They included:

“How you ‘correct’ a candidate’s lack of humor and warmth?”

“What is a ‘balanced’ television panel?”

“Exactly what does the temperature in a television studio have to do with a presidential election?”

“When does a candidate need ‘more memorable phrases’?”

In today’s media world of cable television there is no one, be they candidate, anchor, panelist, media adviser, behind-the-scenes producer or cameraman who does not have a visceral understanding of the answers to these questions. And looking back, note that second question contains the word “balanced” in a question that is essentially asking about “fairness.”  Decades later this concept would be used by Ailes to create the famous slogan of Fox News: “Fair and Balanced.”

The Ailes sin in the eye of liberals is not simply that he had the understanding of the “Silent Majority” of American voters who elected Nixon in 1968 and the “Reagan Democrats” of 1980 and 1984 who elected and re-elected Ronald Reagan. No, the real sin of Roger Ailes in the view of the Left is that he completely and totally disrupted the liberal television news monopoly. And combined with his friend Rush Limbaugh and eventually all manner of conservative talk radio hosts (not to mention the Internet) completely and finally ended the larger liberal media stranglehold on news.

I have no idea what went on with the tales of Ailes and sexual harassment.  I do know that when President Bill Clinton had women pouring out of the woodwork to accuse him of, among other things, dropping his pants to a state employee (Paula Jones) and telling her to “kiss it”, an allegation of rape (Juanita Broaddrick) and groping in the Oval Office (Kathleen Willey) liberals dismissed all of this as “only about sex” - instructing the rest of us to get a life and grow up. And for double-standards such as that Roger Ailes built Fox News.

As news of his death spread, his sins whatever they may have been with various women at Fox were not ignored. But one emotional tribute after another poured forth from Fox journalists and commentators. Perhaps the most striking were  a tearful salute from Shepherd Smith (seen here) and this emotional tribute from Sean Hannity.

In both cases and many more from others there were three themes: Roger Ailes was a patriot, he loved his family, and he loved the people whose boss he was and constantly sought ways to advance their careers.

When it comes to creative genius, to making manifest a serious dream that changes the world - and most importantly to cherishing the values of family and friendship - the legacy of Roger Ailes will always serve as a role model.

Roger Ailes was an American original.

God bless him and his family.