The remarkable -- make that astounding -- presidential election of 2016 is over.  Of the many “notables” and tradition-breaking moments, one has been the superb use of Twitter by President-elect Donald Trump that drove the media crazy.  He was at it again over the weekend, this time messaging his thoughts on companies that depart the US for abroad, taking American jobs with them.  The Washington Post headlined it this way:

President-elect Donald Trump fired another warning shot Sunday at U.S. companies considering moving their operations out of the country, threatening "retributions or consequences" such as a hefty border tax if they do.

The pronouncements came in a string of early morning tweets. Trump declared that he intends to incentivize businesses to stay in America by lowering corporate taxes and slashing regulations, two key components of his economic agenda. But he also warned that companies with offshore factories would face a 35 percent tariff on goods sold back to the United States. 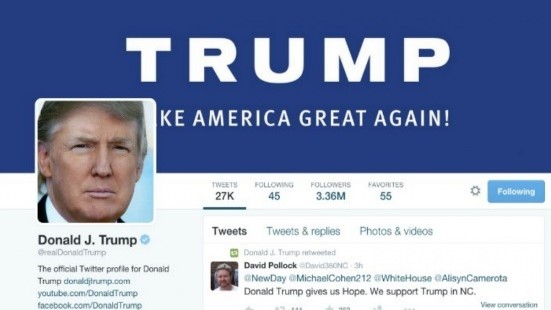 Notice this line: “The pronouncements came in a string of early morning tweets.”  The online version of the Post re-published the images of the tweets as well, all time stamped between 6:41 and 6:57 am Sunday morning.Trump is a regular early riser, so there is no reason to think anything other than that the newly-elected president was already at his Trump Tower desk at work.

But the fact that Trump turned Twitter and tweeting into such a deadly 21st century political weapon in his successful campaign -- a campaign that right up until election night most media savants were insisting he would lose and most probably lose in a landslide -- has stuck in the media’s craw. Tweeting, you see, is “un-presidential” according to these critics, drawing comments like this one back in 2015 in the anti-Trump USA Today:

“Are American voters really looking for a president who spends his evenings sending out nasty and petty tweets about journalists rather than, say, working on ways to defeat the Islamic State?”

That "Doesn't have he have something better to do than rip the media?" line continues today. Aside from the idiocy of suggesting that a President Trump would not be “working on ways to defeat” ISIS, the real irritant in that story was that Trump was using Twitter to target journalists who quite clearly had targeted him.

Early on in the campaign I noted that when the opportunity of new technology offered itself, presidential candidates and presidents have eagerly embraced it.

The first of these was Abraham Lincoln and the telegraph. Note this from the Smithsonian Associates, a group affiliated with the Smithsonian Institution, bold print for emphasis supplied:

"What became of our forces which held the bridge till twenty minutes ago...?" The President of the United States telegraphed a colonel in the field during the Civil War Battle of Second Manassas (Bull Run) in 1862. Abraham Lincoln was using the new medium of electronic communications in an unprecedented manner to revolutionize the nature of national leadership.

When Lincoln arrived for his inauguration in 1861 there was not even a telegraph line to the War Department, much less the White House. Storm clouds were brewing, but when the US Army wanted to send a telegram they did like everyone else: sending a clerk with a hand written message to stand in line at Washington's central telegraph office. That unwieldy situation changed rapidly, however, as wires were strung to the War Department and other key installations. The White House, however, remained without any outside connection.

The national leaders were like their constituents in their understanding of electronic communications. While an interesting and growing technology, the telegraph's potential was still widely under-appreciated and it certainly had never been tested in a time of crisis. This reality makes Lincoln's subsequent embrace of the new technology even more remarkable. Without the guidance of precedent, and in the middle of a battle for the nation's survival, Abraham Lincoln used the new electronic communications to transform the nature of the presidency. The telegraph became a tool of his leadership and, thus, helped to win the Civil War.”

Note well the Smithsonian is saying that Lincoln had no precedent for using the new technology.

The next president to have this type of opportunity was Franklin D. Roosevelt. Over here at American RadioWorks is this about FDR and his use of the relatively new technology of the radio, again bold print for emphasis supplied: 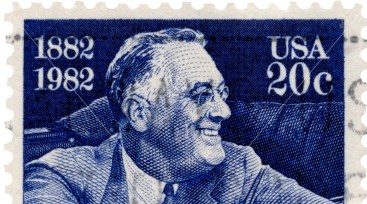 Earlier presidents had appeared on radio, but FDR is widely regarded as the first chief executive to master the medium as a source of political advantage. He set the standard for all to follow. FDR honed his radio voice as governor of New York from 1929 to 1933. To bypass the Republican-controlled legislature and the near-monopoly by Republicans on state newspapers, FDR broadcast a series of informal-sounding monthly chats to the people of New York. Eleanor Roosevelt (who made 300 radio appearances herself) said her husband came by his command of the microphone naturally. “His voice lent itself remarkably to the radio,” she wrote. “It was a natural gift, for in his whole life he never had a lesson in diction or public speaking.”

In other words, FDR was savvy enough to understand that using radio was a way to get around the dominant opposition media of the day - newspapers.  A listener did not have to even be literate to understand the Roosevelt message because no reading was required - just listening to that famously honied voice that beamed into the intimacy of the family living room.

And see this from the same source:

FDR appeared on the radio hundreds of times during his 12-year presidency. Broadcasts ranged from folksy events, such as the lighting of the White House Christmas tree or a salute to the Boy Scouts, to annual fundraising extravaganzas on FDR’s birthday, with the proceeds going to fight polio. FDR made canny use of the radio in election campaigns and political contests. He often saved his most fiery rhetoric for nationally broadcasts speeches to big public rallies.

Catch that? “He often saved his most fiery rhetoric for nationally broadcasts speeches to big public rallies.”

Hmmm…. “fiery rhetoric” at “big public rallies.” And just who has been doing exactly the same thing in this last campaign? We all know who. 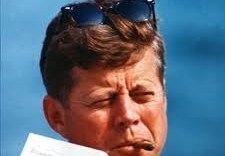 The point is a simple one. Smart presidents presented with a brand new and effective communication technology quickly picked up on it and turned it to their political and presidential use. John F. Kennedy did this with television. The first president to hold televised presidential press conferences was JFK’s predecessor, Dwight Eisenhower. But there was a catch. Ike’s press conferences were not televised live. His advisors were concerned that a presidential mistake televised live in a press conference could have all sorts of terrible political or international consequences. Hence Ike’s conferences were filmed -delayed deliberately so that if need be they could be edited before they were seen by the American public on their increasing numbers of television sets.

While Hillary Clinton will not be president, it is worth noting that what helped bring her down was another modern technology tool…e-mail.

Now comes President-elect Trump, following the path of Lincoln, FDR and JFK, using the newest 21st century communication tool - Twitter. And like those three historic predecessors, he is using it with great political effectiveness.

Like FDR and JFK with radio and TV, Trump uses Twitter to get around the opposition media. Time after time after time he has tweeted out his message of the moment, infuriating many of his media critics. And its safe to say he understands the power of social media. In this CNN report he is headlined as follows:

Trump: Twitter helped me win but I'll be 'restrained' now

The story by Brian Stelter quotes a Trump post-election appearance on CBS’s 60 Minutes in which the president-elect says to correspondent Lesley Stahl, in part, this -  again bold print supplied:

…He commented that ‘when you give me a bad story" -- then interjected, ‘of course, CBS would never do a thing like that right?’ -- social media lets him respond.

And he said the social connections helped him win in states where he was outspent, sometimes dramatically, by Hillary Clinton.

‘I think that social media has more power than the money they spent, and I think maybe to a certain extent, I proved that,’ he said.”

The media's metrics for victory were wrong. Trump's were right.

Which, one suspects is exactly what drives the media crazy. Over the course of the year Trump has used Twitter to savage opponents from both the GOP and Democrats, battled with the Mexican President and taken on the tilt of Saturday Night Live. And on and on and on right up until this weekend when reporters woke up to the fact that between six and seven in the morning Trump was taking on American companies and their habit of vamoosing abroad with American jobs in hand.

Make no mistake. No matter how “restrained” the new president will be once in office come January, you can make book that he has found a highly effective method to get around the mainstream media that so despises him. All of which makes them despise him all the more.