Arguably it is the single most laughable thing that liberals do -- piously ooze purported concern for babies while otherwise elevating abortion on demand to a sacred right that must be defended at all costs.

Her most recent example might well have set a record for cringes among conservatives who comprise a sliver of her audience. On her show Monday night, Maddow was talking about First Lady Melania Trump's signature effort, "Be Best," which is "an awareness campaign dedicated to the most valuable and fragile among us, our children," as Mrs. Trump described it.

Less than an hour later, Attorney General Jeff Sessions in California gave birth to the second twin when he announced that henceforth the United States government will officially pursue a policy forcibly tearing children away from their parents and incarcerating the parents, putting the kids in homes or shelters. Separating parents and kids against their will is now the announced, proud policy of the US government in terms of border enforcement. The Trump administration has been quietly pursuing a version of this policy for parents crossing the US border without papers, but now as of today they are formally announcing that this is what the US government stands for. So as the First Lady said, children deserve every opportunity to enjoy their innnocence. She said that within one hour of Attorney General Jeff Sessions announcing that it will now be US policy to rip children out of the arms of their parents and lock them up.

And it is remarkable and it will be seen as a landmark moment that the US government is announcing and pursuing this policy of taking, literally taking babies away from their mothers, this is not like grown kids, babes in arms, infants, toddlers, being forcibly taken from their parents is now US government policy at the border, which itself is, as I said, a landmark moment. But the White House really did not do anybody any favors today by scheduling the announcement that we will now rip babies from their mothers' arms to coincide with a very rare public appearance by the First Lady in which she announces that she wants everybody to value children and take care of them. (Another melodramatic pause before quoting Mrs. Trump).  The most valuable and fragile among us.

Oddly, Maddow appears most concerned with the youngest of illegals, the babies and cuddly tots as opposed to older kids and those ungainly teens. It's almost like she's suggesting we should be more protective of children the younger they are -- which might come across as credible if not from a fawning supporter of industrial-scale infanticide. 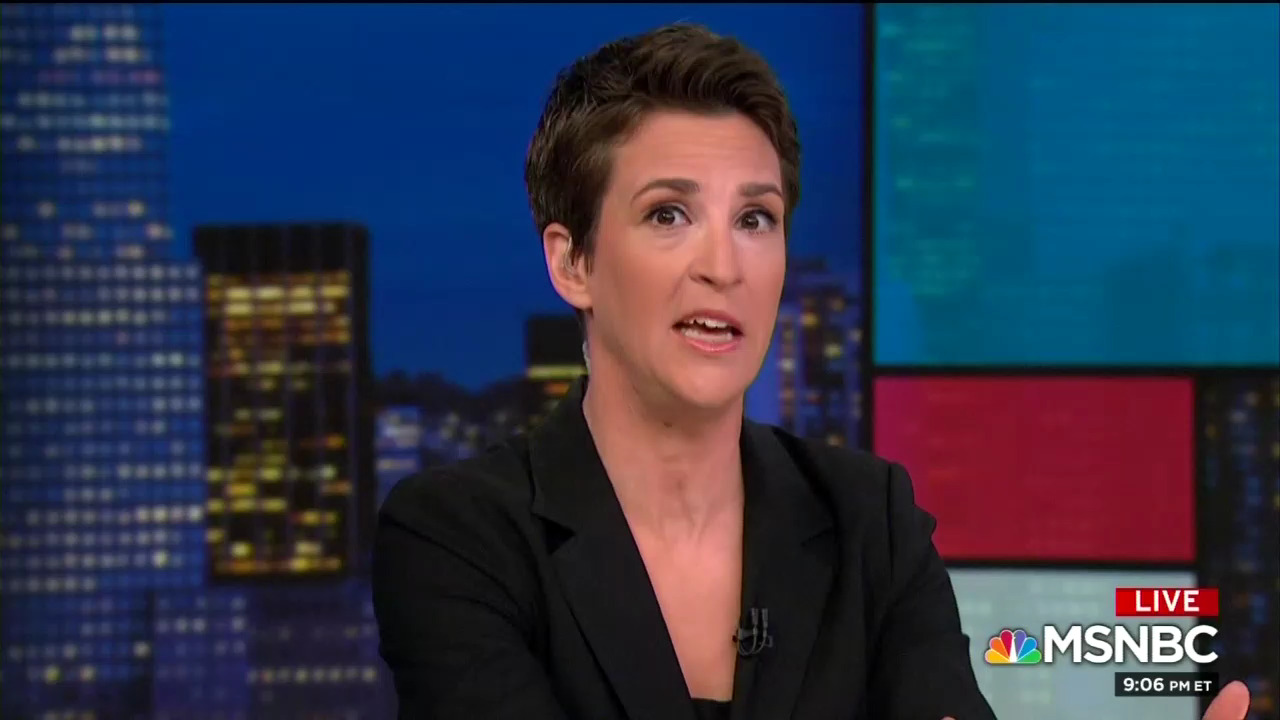 Notice too her conspicuous absence of any suggestion of illegality on the part of people trying to enter the US ... illegally. Instead, Maddow airily asserts that illegals are trying to cross the border "without papers," as if it's little more than a clerical error or oversight. (Honey, did you check the glove compartment ...?).

Does any rational person expect that if an American tried to enter another country illegally , with his or her child as a human shield, that that country is obligated to a, let them to enter and stay, and b, keep them together? And if you answered yes to both, congrats, you're a moonbat and also unfit for parenthood.

The policy announced by Sessions is an obvious attempt to deter illegals from making the trip, which is the actual reason Maddow hates it. As a prototypical lib, she wants as many people as possible dependent on government, because that's the only thing keeping Democrats in government. And there is no more surefire strategy for dependency than unchecked immigration.