Back on March 11, CNN began airing a six-part weekly "docuseries" on the Kennedys, America's First Family, aimed at "uncovering how and why this one family so significantly impacted 20th century America." And less than a month after the series began, Hollywood will release its first cinematic treatment on the death of Kennedy campaign worker Mary Jo Kopechne at Chappaquiddick, a scandal that may well have kept Edward Kennedy from becoming president.

Coincidental timing? Count me as skeptical.

Just as dubious is the series' treatment of a specific perilous episode -- the Cuban Missile Crisis and how it was handled by President John F. Kennedy and his brother and attorney general, Robert F. Kennedy.

In another turn of curious timing, this particular segment ran on Easter Sunday -- which is fitting, seeing how it stopped barely short of depicting the Kennedys as saviors.

Actor and narrator Martin Sheen (who has portrayed both Kennedys in film and docudrama) describes how aerial surveillance in October 1962 revealed that the Soviet Union was installing nuclear missiles in Cuba, only an overnight boat ride from the American mainland:

GEORGE WASHINGTON UNIVERSITY PROFESSOR PETER KORNBLUH: Curtis LeMay is ready to fire the missiles that he controlled. He was willing to see millions of people killed in a nuclear exchange.

Gee, where did LeMay ever get that idea ...?

Next comes audio of JFK and LeMay considering strategy during the crisis. LeMay can be heard saying "we don't have any choice except direct military action" while a proposed blockade around Cuba would be perceived as "pretty weak." When LeMay tells Kennedy, "you're in a pretty bad fix," Kennedy snaps, "Well, you're in there with me" --

SHEEN: The United States of America and the Soviet Union stand on the brink of nuclear war, and the world has no idea ... Surveillance images confirm increasing military activity in Cuba and the CIA believes nuclear weapons are now ready for launch.

PRESIDENT KENNEDY (in speech to the nation Oct. 22): Within the last week, unmistakable evidence has established the fact that a series of offensive missile sites is now in preparation on the island of Cuba.

RFK BIOGRAPHER EVAN THOMAS: It is looking more and more like we're going to have to bomb and invade Cuba.

SHEEN: As the United States is propelled towards war, the Kennedy brothers stand between the world and nuclear Armageddon. ...

THOMAS: The United States is in a tense standoff against the Soviet Union. Jack Kennedy had always appreciated Bobby Kennedy, his brother's willingness to do the dirty work. But during the Cuban Missile Crisis, they are completely bonded.

How do we know that Thomas's claim that JFK "had always appreciated" his younger brother is bogus? Because Thomas tells us so in his biography of Robert Kennedy, published in 2000. Here he describes Robert Kennedy showing up to help his brother's campaign for the House in 1946 --

Jack Kennedy was less romantic -- or gracious  -- about his brother's help (than was JFK aide Dave Powers). "I can't see that sober, silent face breathing new vigor into the ranks," he told his navy friend Red Fay, who had volunteered to help on the campaign. "One photograph of the two brothers standing together for the newspapers would do," said Kennedy. It "will show that we're all in this for Jack. Then," Kennedy instructed Fay," you take Bobby out to [the] movies or whatever you two want to do."

It is striking, given the later closeness of their relationship, that JFK was so dismissive of his little brother. The older Kennedy was too caught up in his complicated relationship with his father -- at once defiant and dependent -- to pay much attention to the worshipful kid brother in the sailor suit. At this stage of his life, JFK wanted worldly friends who could joke about life in the world-weary way of war veterans. He had no use for a former altar boy who might run off and tell Dad if his older brother did something rebellious or naughty."

More accurately, JFK had always appreciated Bobby, except for those years he deemed him a prig and a snitch.

TOWNSEND: The Cuban Missile Crisis was a great example of the trust that Jack and my father had between them and the importance of thinking five steps ahead -- what would happen if you do this? Because if you had just let the generals decide, they would have gone to war.

NORTH CAROLINA STATE UNIVERSITY PROFESSOR RICHARD MAHONEY: Bobby Kennedy would walk up and down the pool as JFK was swimming laps, talking to him as he was swimming, about their strategy, to try to neutralize this move toward war. ...

EVAN THOMAS: On the second Saturday of the missile crisis, the United States is hard up against it. A U2 spy plane has been shot down over Cuba. The military's champing at the bit. They want to start bombing on Monday. The President is running out of time. But they find a new back channel, through the Soviet ambassador Dobrynin.

Sheen describes Dobrynin and RFK discussing "an extraordinary deal" -- the Russians would remove their missiles from Cuba if the Americans took theirs back from Turkey. Here's how it's described by Professor Mahoney --

MAHONEY: Basically Kennedy said, look, we'll make an exchange -- but, we don't want any, any recognition of this in the press. This has to be absolutely secret.

SHEEN: Secrecy is critical. If the press or the public find out the Kennedys are removing US missiles from Turkey, it would be political suicide.

RFK BIOGRAPHER LARRY TYE: Bobby is essentially saying, you've got to help us out of this because my brother's got these generals who are pushing him to do something that isn't good for us, it isn't good for you. ...

MAHONEY: So here's Bobby Kennedy in a sense having it both ways, on the one hand making a trade and on the other, concealing it. And they got away with it. (The deal was not publicly disclosed until 1989). ..

TYE: During the crisis, Jack said, once that we know of and my guess is, lots of times quietly when he was saying his prayers at night -- thank God for Bobby.

Notice a pattern? It's not the Soviets threatening nuclear annihilation -- it's Kennedy's own generals. Praise the Lord he had St. Bobby to save him.

Absent from the chorus of praise is even a single dissenting voice, and they'd not be hard to find. One in particular comes to mind -- historian Sheldon M. Stern, who has written three books on the crisis, including "Averting the Final Failure: John F. Kennedy and the Secret Cuban Missile Meetings" (2003), "The Week the World Stood Still: Inside the Cuban Missile Crisis" (2005), and most recently, "The Cuban Missile Crisis in American Memory: Myths Versus Reality."

Upon the latter's release in 2012, Benjamin Schwarz wrote of it at The Atlantic in a piece titled "The Real Cuban Missile Crisis: Everything You Think You Know About Those 13 Days is Wrong."

Since 1997, Schwarz points out, scholars "have had access to recordings that Kennedy secretly made of meetings with his top advisers, the Executive Committee of the National Security Council," aka, the "ExComm." (The aforementioned conversation between JFK and LeMay among them). 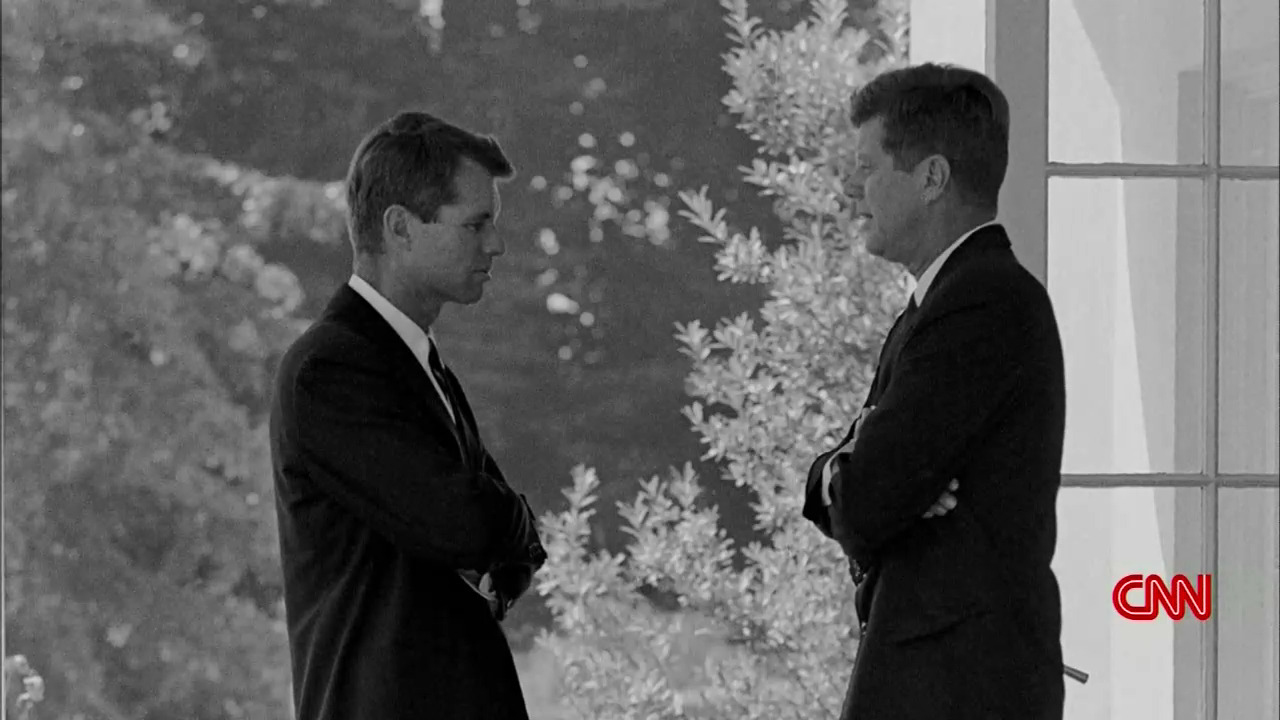 Stern was the first scholar with access to the recordings, Schwarz wrote -- "and his new book marshals irrefutable evidence to succintly demolish the mythic version of the crisis. Although there's little reason to believe his effort will be to any avail, it should nevertheless be applauded. ..."

"The patient spadework of Stern and other scholars has since led to further revelations," Schwarz further wrote. "Stern demonstrates that Robert Kennedy hardly inhabited the conciliatory and statesmanlike role during the crisis that his allies described in their hagiographic chronicles and memoirs and that he himself advanced in his posthumously published book, "Thirteen Days." In fact, he was among the most consistently and recklessly hawkish of the president's advisers, pushing not for a blockade or even air strikes against Cuba but for a full-scale invasion as 'the last chance we have to destroy Castro.' Stern authoritatively concludes that 'if RFK had been president, and the views he expressed during the ExComm meetings had prevailed, nuclear war would have been the nearly certain outcome.' "

Something else worth mentioning about Sheldon M. Stern -- he was the historian at the John F. Kennedy Library for 23 years. Just the sort of expert you'd think CNN would want for its documentary about the Kennedys. Then again, perhaps CNN was all too familiar with his work.