Way Off, Thom Hartmann - Nowhere Near Majority of GOP Wants 'Medicare for All'

Left-wing radio host Thom Hartmann, as those familiar with his rants are aware, has long railed against Republicans as hellbent on dismantling not just the welfare state provisions of Lyndon Johnson's so-called Great Society, most specifically Medicare, but also the core provisions of Roosevelt's New Deal, with Social Security topping the list.

But during a Feb. 13 conversation with a caller to his radio show, Hartmann tried to pull off the Houdinian contortion of claiming not only "universal" support for "Medicare-for-all" as envisioned in legislation filed by Sen. Bernie Sanders, Bolshevik-Vt., but that most Republicans also favor this mammoth expansion of government-run medical coverage.

Few among Hartmann's credulous audience are likely to have noticed the surreal disconnect. The scattering of conservatives who were listening surely did. Here's Hartmann making his absurd assertion after an appalling remark from a caller, which he quickly seconded --

Your browser does not support the audio element.

CALLER: I don't know if it's just me but I was embarrassed when Mike Pence would not shake hands with Kim Jong-un's sister.

CALLER: I just think that's inhumane, you know what I mean? She was sitting right next to him, or right behind him.

CALLER: And that really embarrassed me bad.

Yeah, wow. It's Pence who is "inhumane" for not extending his hand and thus "normalizing" -- huge word on the left these days, parroted ad nauseum -- the chief propagandist of the most murderous regime on earth ... and after Herr Goebbels was so polite to him!

Then came Hartmann's turn to further beclown himself, and the man did not disappoint:

CALLER: I think you should have a poll to determine what the Democrats should use as talking points. In my estimation every time they're asked any questions, come back with these answers and just a couple of things like Medicare-for-all or, you know, something like that. But find out from your listeners what it is, what they think.

HARTMANN: I think the Democrats should put 100 percent of their energy behind Medicare-for-all. They should be talking about it at every opportunity. This is something that has universal support. Even Republicans, a majority of Republicans, support it. And it's only opposed by the health insurance companies, the drug companies, and the hospital companies, and you know, it will be a big fight.

Which is true -- if by universe, to borrow from Census Bureau parlance, you mean all those already in favor. And if by a "majority" of Republicans you mean those awakened by pollsters at 3 a.m. and unable to hear the questions. Otherwise, not even close.

Note the lack of attribution for Hartmann's doubly dubious assertion. Which makes sense, since any search to back up his claims would have proven time consuming and futile. And yet a quick glance at Google finds no less that three credible polls in the last nine months that wholly undercut both his claims.

For example, a national survey released by the Pew Research Center last June found "33 percent of the public now favor(ing) such a 'single payer' approach to health insurance," a 12-point increase since 2014. While I'm no mathematician, I'm fairly certain that one third falls well short of 100 percent. 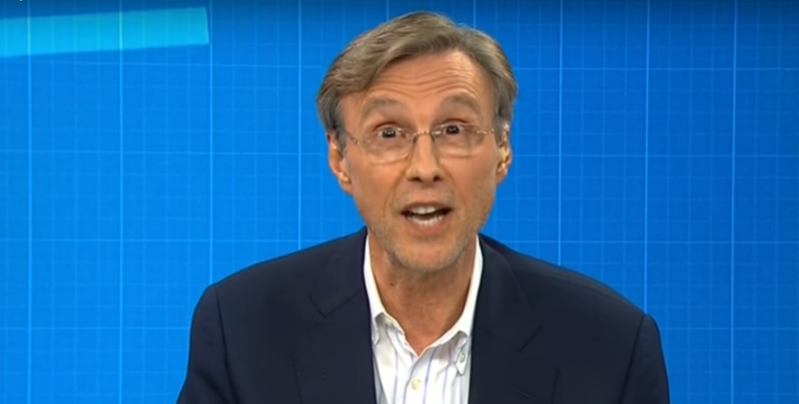 Moreover, the Pew survey showed that a bare majority of Democrats -- 52 percent -- wanted a "single national govt program" to ensure "health coverage for all". (The legislation filed by Sanders would expand Medicare to create that "single" program.) Another 31 percent of Democrats said they want a "mix of govt and private programs."

Among Republicans, it was nowhere near majority support as claimed by Hartmann -- the figure cited by Pew is a whopping 12 percent, with another 17 percent supporting a mix of private and public programs. Added together, less than one third of those polled.

In September, the same month that Sanders filed his legislation, a Harvard-Harris poll found that a "slim majority" of respondents, 52 percent, support the glorious "single-payer" approach envisioned by Comrade Sanders. Among Republicans, it was opposed by 2-1 (65-35 percent) with bare-majority support among independents (51-49). Worth considering is that the survey was co-directed by longtime Dem numbers cruncher/Clintonista Mark Penn.

Once again, not even in the ballpark for both of Hartmann's specific assertions.

Then in November, we hear the same tune again, this time from Gallup.  A mere 17 percent supported a single-payer, Medicare-for-all system, with 21 percent of respondents opposed. Three in five -- 61 percent -- said they didn't know enough to weigh in.

When broken down by party affilation, the patterns shown in the two previously cited polls reappeared -- only 22 percent of "Republicans/leaners" want a government-run health system with a whopping 76 percent preferring one based on private insurance. Among Democrats, it was 69-29 percent, government-run vs. private insurance. Overall, support for private health care compared to government run was almost evenly split, 48-47 percent.

That what Hartmann claims cannot be true is evident by this, all three polls aside -- if there were actual "universal" support for Medicare-for-all, and even majority support from conservatives most likely to oppose it ... this would already be the law. It's not because both of Hartmann's assertions bare faint resemblance to reality.