Remain calm, we're going to get through this. Really.

You've probably seen the headlines, starting with a report in the Washington Post on Thursday that ran under this ominous headline -- "The State Department's entire senior administrative team just resigned." Please tell me you were sitting down when you read that.

Considering the source, a predictable cascade of equally troubling stories quickly followed, as pointed out at hannity.com --

THE ROOT: State Department Senior Management Team Resigns Instead of Working With Trump

All of this less than a week into the Trump junta. Needless to say, it's time to stop buying green bananas. 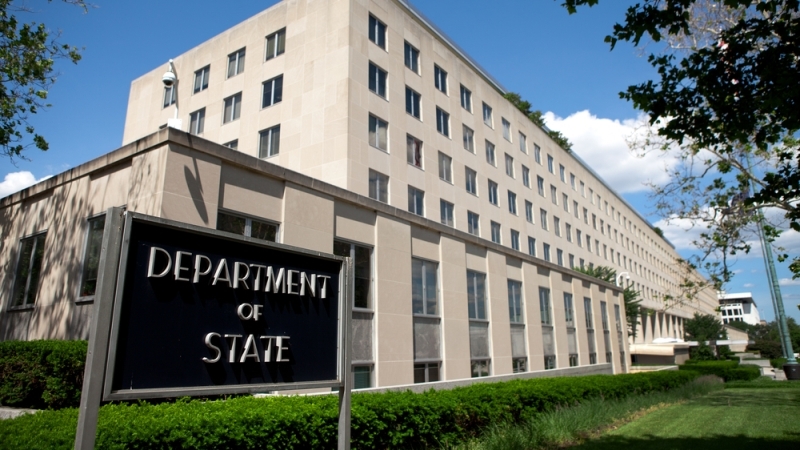 Excuse me but did you say "Secretary of State" Tillerson? Anyone else miss the yet to be reported news of his confirmation vote ...?

As for that presumptuous assertion that the presumptive secretary's job "just got considerably more difficult," might that not actually be the case if Tillerson brings in people he's known and trusted and worked with for years? Who knows, engaging in this truly radical though widespread business practice might make his job easier.

After his story was published, Rogin dutifully followed up with a tweet linking to a CNN story that -- oddly enough -- served to undermine his own. For a story headlined "Trump administration asks top State Department officials to leave," CNN reporter Elise Labott wrote --

Two senior administration officials said Thursday that the Trump administration told four top State Department management officials that their services were no longer needed as part of an effort to "clean house" at Foggy Bottom.

Patrick Kennedy, who served for nine years as the undersecretary for management, Assistant Secretaries for Administration and Consular Affairs Joyce Anne Barr and Michele Bond, and Ambassador Gentry Smith, director of the Office for Foreign Missions, were sent letters by the White House that their service was no longer required, the sources told CNN.

All four, career officers serving in positions appointed by the President, submitted letters of resignation per tradition at the beginning of a new administration.

Imagine that, an incoming administration of the opposition party actually cleaning house -- and after a rancorous campaign. Cue the voice of an indignant Capt. Renault -- I am shocked, shocked to uncover politics in this government! This sort of thing hasn't been seen since the early years of a new century, all of eight years ago, when Obama succeeded Bush. And before that, it hadn't happened since the dawn of a new millennium, way, way back when Bush took the reins from Clinton.

Alluding to Rogin's post without citing it, CNN's Labott further reported this --

"Any implication that these four people quit is wrong," one senior State Department official said. "These people are loyal to the secretary, the President and to the State Department. There is just not any attempt here to dis the president. People are not quitting and running away in disgust. This is the White House cleaning house."

Not only was the premise of Rogin's post undermined by the CNN story, it was deflated by something else he wrote in his own column --

Kennedy, who has been in that job (undersecretary for management) for nine years, was actively involved in the transition and was angling to keep that job under Tillerson (emphasis added), three State Department officials told me.

Got that? Kennedy was "angling" to remain at State while also unwilling to "stick around for the Trump era." A contortion worthy of Houdini.