Yet more evidence of a world turned upside down since Donald Trump won the presidency and charitable donations to the Clinton Foundation predictably plummeted -- National Public Radio is no longer a safe space for liberals to opine.

At least it wasn't early today for former congressman Barney Frank of Massachusetts, one of the main architects of the housing bubble that brought down the economy a decade ago and a man who has surprisingly managed to remain out of prison for his role in the debacle. 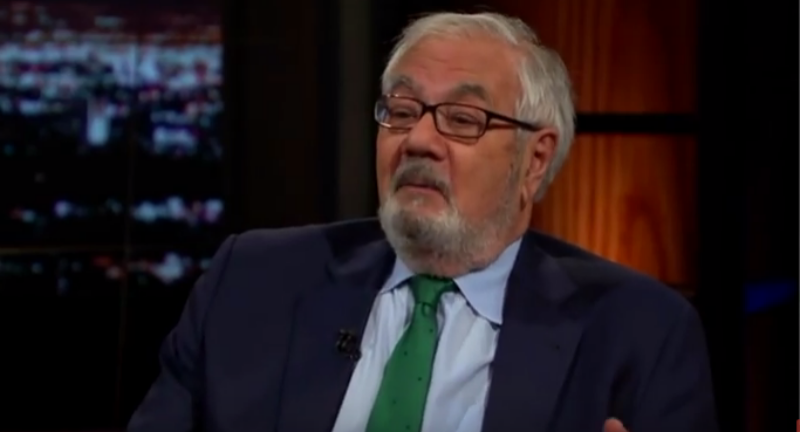 Frank, a fount of pithy quotes for journalists willing to tolerate his arrogance and condescension, appeared on NPR's Morning Edition with co-host David Greene.

As you can hear from the audio, it didn't take long for the notoriously irritable Frank to get even testier than usual. The discussion recorded here starts less than two minutes into the interview, with Greene asking Frank about Trump drawing on Wall Street for new hires --

GREENE: Barney Frank may be best known for the banking law named for him, Dodd-Frank. It was signed into law in 2010.

Before that, Frank was best known as the congressman whose boyfriend ran a gay prostitution ring out of their DC apartment, with Frank, otherwise the smartest guy in the room, allegedly unaware of this.

GREENE: It aimed to overhaul the financial regulatory system, but critics said it made it more expensive for banks to lend to small businesses. Here again is Anthony Scaramouche of Trump's transition team --

SCARAMOUCHE: One of the biggest problems that Dodd-Frank has caused is that it has restricted the lending to small businesses. The lifeblood of the economy is that the banking community is a circulatory system for American capitalism and so if you are restricting that arterial flow, which is what Dodd-Frank has done in an effort to make people super- and ultra-safe, well that's a very big mistake for the economy.

GREENE: I asked Congressman Frank whether this was a big mistake for the economy.

FRANK: I am not aware of any specific provision that mandates any tightening of lending to small businesses, other than a requirement that people who lend and then sell that loan be prepared to take a part of the risk. And I'm proud of that.

GREENE: But one of the general criticisms, though, is that maybe inadvertently Dodd-Frank has squeezed lending and people of lesser means and small businesses have had more trouble getting loans from banks. Is that ...

Despite being both specific and a criticism.

FRANK: ... I don't understand, what provision?! I don't know, maybe I'm being unfair when I ask, which provision? We very specifically restricted home mortgages loans, not small businesses loans ...

GREENE (interrupting): You recently acknowledged what you said was a mistake in the law, that you might have been too tough on banks that don't have a tremendous amount of assets. What exactly was that? Explain that for our listeners if you can.

FRANK: Oh, I said this in 2013, I agreed with Dan Tarullo with the Federal Reserve. We say that at $50 billion in assets, you got subjected to greater scrutiny because you could have a systemic impact if you fail. I agreed by 2013 that was too low. I would like to have that go well above $100 billion ...

GREENE (interrupting): Why is that? Is this being just too much of a burden on smaller banks or what?

FRANK: Yeah, middle-size banks, I mean, $60 billion or $70 billion bank is not generally considered small and the midsize banks, yeah, it requires them to do more paperwork than is necessary ...

Which is essential for maintaining a robust and growing bureaucracy ...

FRANK: ... although I'm not aware that it's caused any shortage of loans, it does put a kind of administrative burden on them.

GREENE: Well, we have a lot of people, we're going to be continuing this conversation, so we will keep asking about the specifics, I promise.

FRANK: Well, to be honest it seems to me you'll have to start asking.

After Frank took a brief detour through the weeds of his legislation, the interview again got contentious --

GREENE: Well, Congressman, let me look forward here. You have said that having involvement on Wall Street is not necessarily a deal breaker for a new Treasury secretary. The names being floated around like Steve Mnuchin from Goldman Sachs, Texas Congressman Jeb Hensarling who has been a big critic of Dodd-Frank. I mean, if someone likes that comes in and wants to open up a debate about Dodd-Frank, maybe talk about repealing it, maybe talk about improving it, I mean, are you necessarily opposed to that debate happening?

FRANK (pushed to his limit): Excuse me, are you serious?! Of course not! I mean, we're having that debate! We've been having that debate for years! Of course I'm not opposed to a debate on the law! I just cited to you two areas that I agreed you should make some changes.

Listen carefully right after Frank says "make some changes" -- sure sounds like an editing click. Apparently what came right after was not to NPR's liking. The way the interview was going, one can only imagine what might have been rinsed out.

The discussion slogged on for another minute until Greene offered perfunctory thanks and Frank a terse, you're welcome.