Little more than a week since Donald Trump won the presidency and sent the left into a collective meltdown that has the added benefit of being hilarious to watch, MSNBC's Rachel Maddow Show has emerged as must-see cable TV for transparently idiotic efforts to delegitimize Trump.

Maddow is raising the issue of Trump possibly hiring his son-in-law Jared Kushner, husband of daughter Ivanka, for a high-profile role in the White House as advisor or special counsel.

This just won't do, Maddow declared on her show Wednesday, citing a 1967 federal law that forbids the president from doling out government work to his or her relatives --

MADDOW: The President-elect today got on Twitter to deny multiple press reports that he's asked about getting top-secret security clearances for his children. Presumably that means his older two sons and his eldest daughter, but nobody knows whether or not he also is denying reports that he's been seeking security clearance for his son-in-law. Tonight after lots of reports of Mr. Trump's son-in-law taking a leading if not the leading role in post-election Trumpworld, the Wall Street Journal reports tonight in a very well-sourced piece that Trump's son-in-law is "likely to take a top White House job" and "is being pushed to join the president's inner circle by new White House chief of staff Reince Priebus and presidential counselor Stephen Bannon." The role Trump's son-in-law would play, according to the Journal, would be along the lines of senior advisor or special counsel.

If the President-elect is actually trying to get his son-in-law (pause for effect) an official job in the government, that could be illegal. Son-in-laws are explicitly listed among the relatives to whom you are not allowed to give government jobs if you're president of the United States. Those anti-nepotism rules were passed in 1967 after President John F. Kennedy had named his brother Bobby to be his attorney general. There aren't supposed to be any Bobbys. There's not supposed to be any Jareds either, arguably but presumably the Trump administration will come up with some work around for that. Or maybe they just don't care!

And yet ... and yet ... it's not just the Kennedys who quickly come to mind as an example of blatant nepotism in the highest reaches of government. One need venture all the way back to the just-completed campaign to see a prominent beneficiary of it -- Trump's Democrat opponent in the general election, Hillary Clinton. 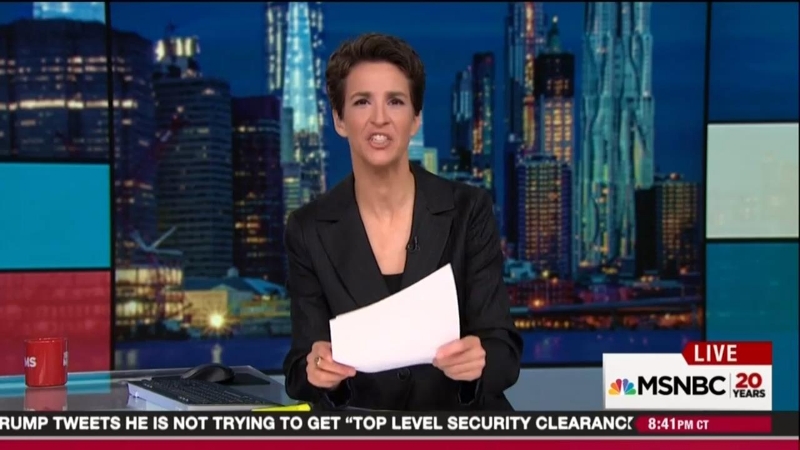 For those too young to have lived through it or old enough but selectively forgetful, Hillary Clinton was appointed by her husband to one of the most high-profile positions in government in 1993, the first year of his administration -- head of the task force that sought to overhaul health care in the U.S.

Her efforts ultimately failed and an enormous backlash took the form of the GOP's historic gains in the 1994 midterms when they won control of both chambers of Congress for the first time in 40 years.

The parallel is obvious enough, at least beyond MSNBC's impenetrable bubble at 30 Rock, that Politico last night ran a story with the headline "Trump's appointment of son-in-law could rest on Clinton precedent: In the early '90s, an appeals court didn't bar Hillary from the White House health task force."

Hillary Clinton may wind up smoothing the way for Jared Kushner to work in the White House.

Donald Trump's best argument that it's legal to appoint his son-in-law to a high-level West Wing post comes from a two-decades-old case involving the woman Trump just vanquished in the presidential race.

In an obscure passage in that case, stemming from President Clinton's appointment of his wife to head up health care reform efforts, two federal appeals court judges opined that a federal anti-nepotism law passed in 1967 did not appear to cover appointments to the White House staff. ...

However, several legal experts dispute that interpretation of the law banning officials from appointing their relatives to government positions.

To paraphrase Maddow, perhaps the Clintons simply didn't care about federal law when Hillary was appointed head of the health task force (similar indifference to perjury and obstruction of justice would eventually catch up with them). More importantly, their party affiliation shielded them against undue scrutiny from a compliant media. A generation later, it shields them still.