What a difference a year can make if those 12 months are spent no longer working for MSNBC. In the case of Ed Schultz, it means he'll now occasionally demonstrate a capacity for common sense.

In addition to his nightly News with Ed Schultz on the Kremlin-backed RT (Russia Today) network, the ex-MSNBCer also puts out a daily podcast and YouTube video titled Ed Schultz News and Commentary. As was the case with most of the media, Schultz this week responded to Donald Trump's comments about Hillary Clinton's opposition to the Second Amendment. Where Schultz parted company with most other media was in his even-handed assessment. 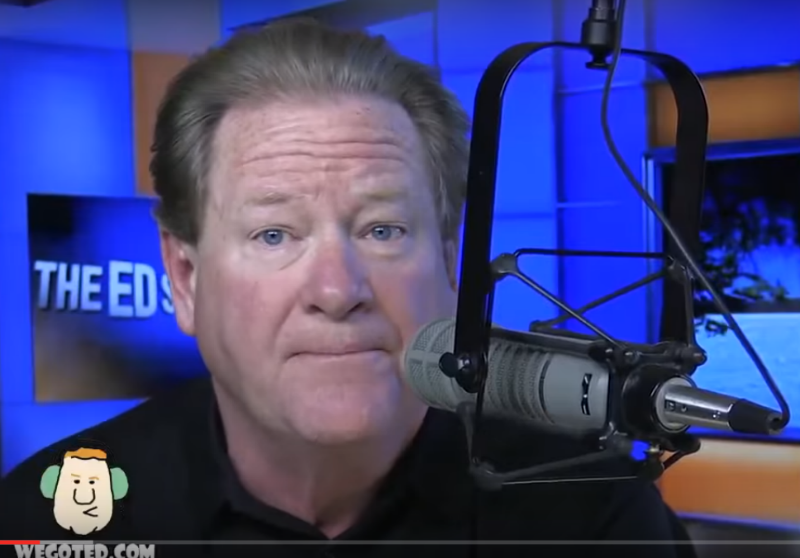 On his podcast Tuesday, Schultz initially touched on Trump's remarks only in passing, after slamming the media for ignoring third-party candidates Gary Johnson and Jill Stein and their potential to swing the election --

I think the mainstream media is totally missing the entire scope of what could be unfolding in front of the American people and it's interesting, Trump said today that he thought that the Second Amendment crowd, in other words, the folks that want their gun rights, could end up tripping up Hillary Clinton. And, you know, if those folks get motivated, it's, you just don't know where it's going to go. Now, Hillary continues this anti-Trump campaign message.

The following day, Schultz was far more emphatic on this and left no doubt where he stands --

Full disclosure right off the top -- I'm not a Trump supporter. But I guess I'm guilty of subscribing to common sense every now and then. I don't for a moment think that Donald Trump was thinking that the 100 million gun owners across America who don't want to see the Second Amendment abolished, that he was signaling to them that maybe they should go do something. It's outrageous!

What he was talking about was voting. Here's the comment that the media is now into its 28th hour of just frothing at the mouth about this, the mainstream media -- CNN is the worst -- they're just playing every angle of violence they possibly can and what's wrong with Trump. Here it is --

Schultz then played a clip of Trump's remarks --

Well, obviously he's talking about voting. Obviously he's talking about if she wins the election there's going to be Supreme Court justices who are liberal and placed on the court and she's gonna have the teeth legislatively and in the executive branch, in the executive power, the legislative branch and the judicial branch, to do what she wants to do with firearms in this country! He's drawing a distinction. Now I'm not a Trump supporter but I am a gun owner, OK, but it didn't fire me up.

The bottom line here is, this is the common sense division is what it is and I just think the media is just overplaying this big time and they're unprofessional for doing it. They must think that everybody is just a bunch of dumb asses out there and they have to have interpretation on absolutely everything because people can't think for themselves. This is one of the reasons why I think Trump won so many primaries.

With most of the media deep in the tank for the Clintons and reflexively biased against Trump, many observers who don't support the Republican nominee will feel obligated to defend him. It's a dynamic we'll see lots of from now to November.