Maybe it can be chalked up to a tendency toward reflection at year's end and not the emergence of a refreshing pattern.

This past Sunday on Meet the Press, one of the last people you'd expect to point out that "it's not always policemen" killing black people -- filmmaker Spike Lee -- said just that in plugging his new movie, Chi-Raq, about the endless violence that plagues Chicago.

Last night on MSNBC, just about the last place you'd expect to encounter much in the way of leftist introspection, a guest asked one of the most provocative questions to be heard all year on the cable channel.

HARRIS-PERRY: One of the most extraordinary moments over the course of this year as we've seen the change in American public opinion towards Mr. Cosby was the Ebony cover of the shattered Cosby Show and I don't think any of us who were kids in the '80s could feel anything other than that. And although it's Mr. Cosby in the middle who's shattered there (alluding to the magazine cover), it's also all of those actors who, young actors many of them, who were part of that ensemble cast. How much of us is broken in this moment?

LEMIEUX: I think that there's so much of us broken for Americans and particularly African-Americans, right? And so just as those cracks went across Phylicia Rashad and those child actors, I think that they were felt all across black America, right? So we looked up to this man. We wanted to believe the things that he said to us, prior to his respectability politics big reveal, you know, that the things that he wanted to teach us about being a black family and having class aspirations and supporting HBCUs and those in many ways were valuable, important things. But this legacy is one that is incredibly complicated and frankly I think it's impossible to separate fully some 50-plus allegations of sexual misconduct, sexual assault, from who he is as a philanthropist or an actor.

HARRIS-PERRY: And we don't want to separate them, right? It's important to me that it's Hannibal Buress making a joke about the respectability politics thing that ultimately undoes this and I keep thinking to myself, we were ultimately more interested as a people, not just black folks, as Americans, in preserving this image, this imagined notion of Bill Cosby than in understanding actual women's experiences and allegations. And I don't mean that one is true or not, we don't know. But that we were simply more in it, we didn't even engage, we didn't even go into and figure out if it might be true. 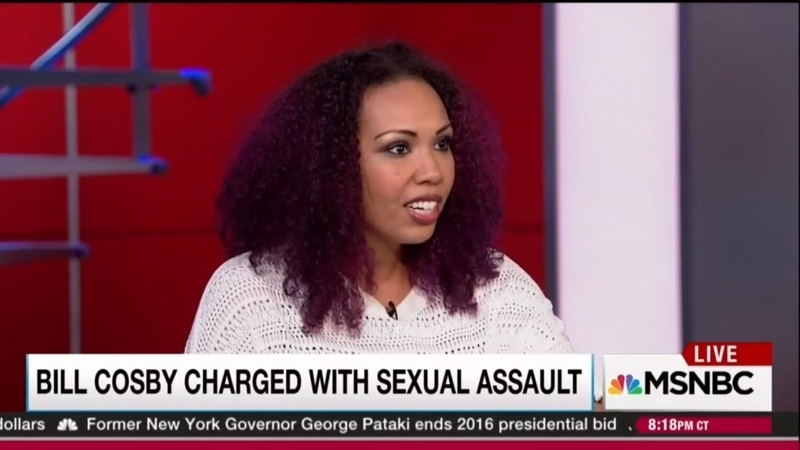 LEMIEUX: And I can't help but to wonder -- say if Mr. Cosby didn't have that sort of respectability politics, you know, heavy-handed against single mothers and complicated-sounding names and wearing your pants low and listening to hip hop -- say that wasn't who he was. Say that he was a supporter of the Black Lives Matter movement, right? Say that he was a leftist. Say that he was really on our side, quote unquote, politically. Would we be having this conversation? How willing would people be to turn their backs on him or to say, you know what, I may love what you stand for here, but I cannot stand in solidarity with you when you have these sort of allegations against you. I have to take them seriously. It's not about me not liking your personality. It's about me not being OK with sexual assault.

Also can't help but wonder if Jamilah Lemieux just made her last appearance on MSNBC.