Got a soft spot for the oldest written constitution in the world, the one for which every president upon taking office must swear an oath to preserve, protect and defend?

Then you're clearly a "jackass" according to Ed Schultz, who joins a long sordid list of lefties who can't hide their contempt for the founding charter that George Washington once described as "a guide which I will never abandon." Yes, he was the Father of our Country, but clearly didn't have a clue. 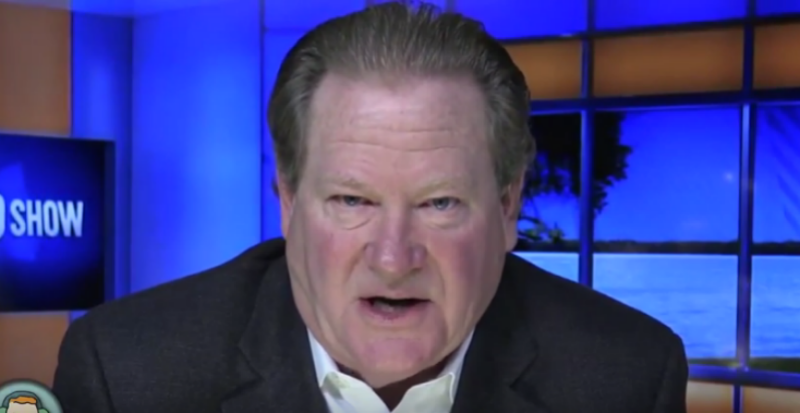 Since MSNBC decided last summer that it no longer needed Schultz's working class shtick, he's taken to bloviating daily on a podcast along with many of the same guests who used to nod in vigorous agreement with him on The Ed Show.

There he was on Friday, venting about GOP opposition to more laws restricting gun ownership in the wake of the San Bernardino bloodbath, when it became apparent that his loathing for Republicans also extends to the Constitution --

So what has to happen here, folks, and this is political tough talk -- if the Democrats don't want any silence, then they have to speak up and just tell the American people we can't get anything done on gun violence because Republicans are in the way. Put it on the obstructors. Put it on the people who always defend a piece of paper that was two hundred and twenty-five years old or whatever, back in a society that doesn't even exist today, the Second Amendment. There has to be rules and regulations for a contemporary society.

Translation: what's needed isn't that parched, faded Constitution, the one that nobody can actually read anymore, even if you crouch and squint over the copy in the National Archives. Nay, we needed a living, breathing Constitution, preferably numbering in the thousands of pages with all the new rules and regs, starting with strict limits on access to guns and public criticism of The Religion of Peace.

But until the Democrats become not silent and say that we can't do gun violence control in this country or any kind of gun measures because Republicans are in the way. Then maybe you might strike a nerve with the American people to get rid of some of these jackasses who live by an old document that is just totally outdated. We've changed the Constitution before! We've added to the Constitution but we simply cannot do anything about gun violence in America.

Later in the show, during a conversation with stalwart Obama apologist Jonathan Alter, came a moment of unintended hilarity from Schultz --

Jonathan, politically, do the Democrats need to become more vocal about this in blaming Republicans? And, you know, it's old style politics, I know, and vilifying the other side. But the fact is the fact that we can't get anything done on gun violence in America, any measures at all, because of the Republicans. And I don't hear the Democrats laying the straight talk out there like that and putting the onus on these, on the majority in the House, and talking about the filibusters in the Senate. What do you -- of course if wouldn't be now because they have the majority. What about that?

D'oh! Back when they were the minority in the Senate, Republicans all too often resorted to that evil stall known the filibuster. Now that it's Dems in the minority, the filibuster has once again proven indispensable, thank you very much. Liberals hardly mention the filibuster these days, go figure. But when this liberal did, he promptly strayed from the script.