WORST OF THE DECADE: Silliest Analysis 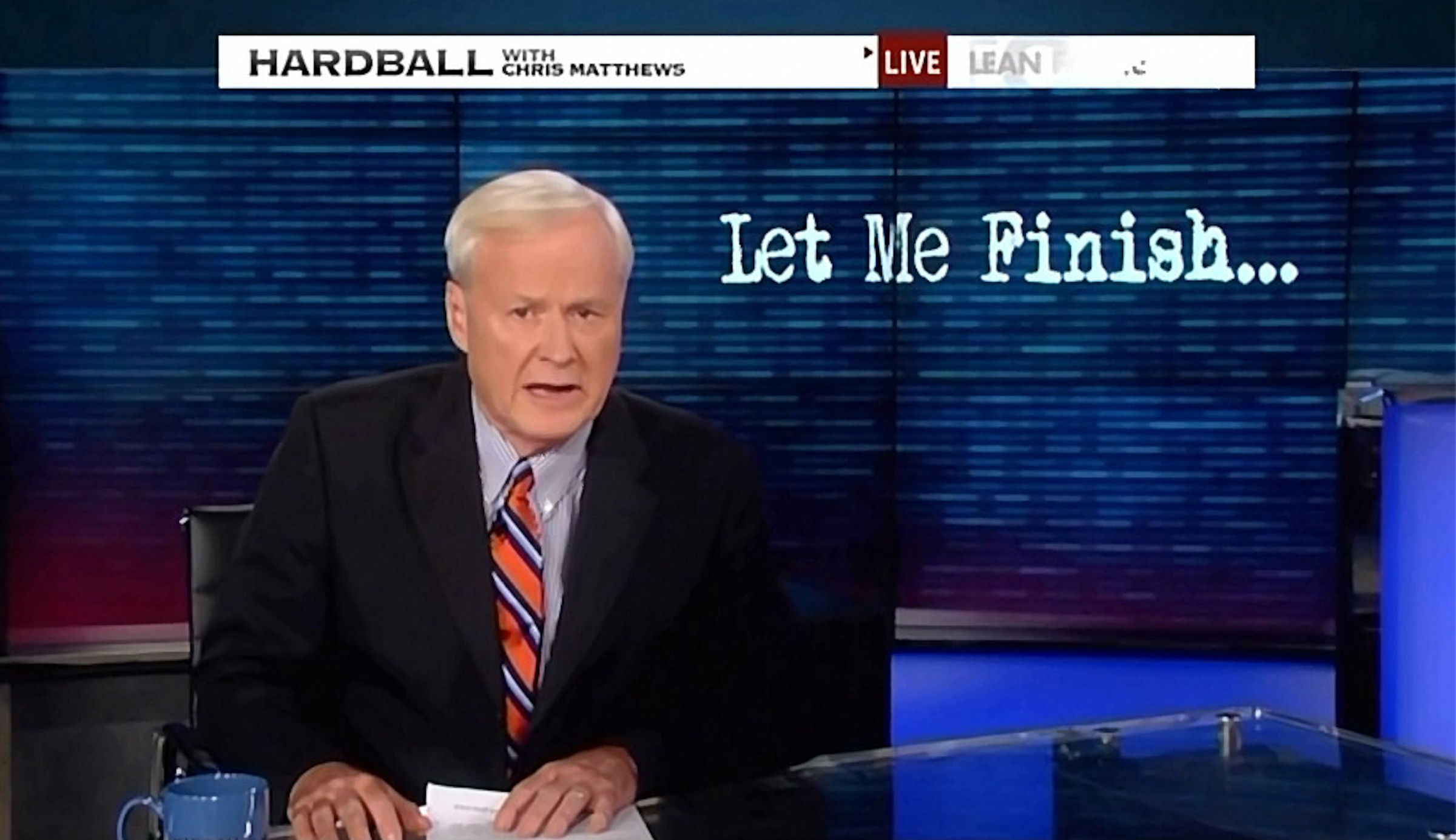 All this week, NewsBusters is recounting the most obnoxious liberal bias of the decade. On Monday, we presented the most outrageous examples of journalists fawning over liberal or left-wing icons; on Tuesday, we showcased some of this year’s nastiest attacks on conservatives; Wednesday, we highlighted the media’s Trump Derangement Syndrome; on Thursday we reviewed the most-over-the-top adulation of Barack Obama and yesterday we looked at the most ridiculous celebrity freak-outs.

Today, we finish the series with the silliest analysis of the decade.

From Chris Matthews spacing out during a Barack Obama State of the Union Address to multiple journalists being “embarrassed” by the “monumental mistake” of America’s founding, the following are some of the most idiotic and silliest bits of analyses of the 2010s:

“You know, I was trying to think about who he was tonight, and it’s interesting: He is postracial by all appearances. You know, I forgot he was black tonight for an hour.”
— MSNBC’s Chris Matthews during live coverage following the State of the Union address, January 27, 2010.

Embarrassed by the Star Spangled Banner

“I mean, when you think about it, it’s ‘bombs bursting in air,’ ‘rocket’s red glare,’ it’s all kinds of — you know a lot of national anthems are that way, too — all kinds of military jargon, and the land — there’s only one phrase ‘the land of the free,’ which is kind of nice, and ‘the home of the
brave?’ I don’t know....Are we [Americans] the only ones who are brave on the planet? I mean, ‘all the brave people live here.’ I mean, it’s just stupid, I think. I’m embarrassed, I’m embarrassed every time I hear it.”
— Former CNN and MSNBC host Bill Press on his Full Court Press nationally-syndicated radio show, June 5, 2012.

“I think it is very difficult to talk about the war dead and the fallen without invoking valor, without invoking the words ‘heroes.’... I feel comfortable — ah, uncomfortable, about the word ‘hero’ because it seems to me that it is so rhetorically proximate to justifications for more war, and I don’t want to obviously desecrate or disrespect memory of anyone that’s fallen, and obviously there are individual circumstances in which there is genuine and tremendous heroism: hail of gunfire, rescuing fellow soldiers and things like that. But it seems to me that we marshal this word in a way that is problematic. But maybe I’m wrong about that.”
— Host Chris Hayes talking about “The Meaning of Memorial Day” on MSNBC’s Up With Chris Hayes, May 27, 2012. (The next day, he apologized in a statement posted on MSNBC.com: “I don’t think I lived up to the standards of rigor, respect and empathy for those affected by the issues we discuss that I’ve set for myself.”)

Kids Don’t “Belong to Their Parents”

Eleanor Uncovers the Truth About Benghazi

“Every media organization has investigated this [Benghazi] to death. This animates the right wing of the Republican Party. And I would like to point out that Ambassador [Chris] Stevens was not murdered. He died of smoke inhalation in the safe room in that CIA installation.”
— The Daily Beast’s Eleanor Clift on The McLaughlin Group, May 11, 2014.

Anchor Shepard Smith: “You know the fear among anybody who’s ever been there, or cares at all about the Cuban people, as so many of us do — the last thing they need is a Taco Bell and a Lowe’s. I mean, we don’t need a – ”
FBN’s Gerri Willis: “Toilet paper, toothbrushes, right? Toothpaste.”
Smith: “That’s it. But you know, it’s one big idea and it all sort of comes together and, you wonder, are we about to get up in there and ruin that place?”
— FNC’s Shepard Smith Reporting, December 17, 2014.

“It’s still one of those nations where you see donkey carts alongside cars, trucks and buses in downtown Havana, because that’s exactly what they’d rather have for transportation.”
— Disgraced ex-NBC Nightly News anchor Brian Williams during MSNBC live coverage of Castro’s death early in the morning of November 26, 2016.

“American independence in 1776 was a monumental mistake....I’m reasonably confident a world in which the revolution never happened would be better than the one we live in now, for three main reasons: Slavery would’ve been abolished earlier, American Indians would’ve faced rampant persecution but not the outright ethnic cleansing Andrew Jackson and other American leaders perpetrated, and America would have a parliamentary system of government....Government spending in parliamentary countries is about 5 percent of GDP higher.”
— Dylan Matthews in a July 2, 2015 post on Vox.com: “3 reasons the American Revolution was a mistake.”

“There’s a reason the tax bill is so unpopular. It’s a terrible idea – arguably, if approved, the worst law to be enacted on Capitol Hill since the Fugitive Slave Act of 1850, which allowed the return of captured escaped slaves up North to their whip-cracking masters down South.”
— Philly.com columnist Will Bunch in December 17, 2017 article “How the GOP produced the worst bill since the Fugitive Slave Act of 1850.”

“Thoughts and prayers....I’m sorry. That should be outlawed. I know it’s well intended in some cases....It’s a throwaway line by a staffer who knocks off some script, some product, some wordage for somebody political to make it sound like they give a damn.”
— Host Chris Matthews on MSNBC’s Hardball, November 8, 2018.

Die a Day Early for RBG!

“If it were possible, would you subtract one day off your life and add it to Ruth Bader Ginsburg’s life for one extra day of good health? If just 10,000 people did this, it would add 27 productive years to her life.”
— January 7, 2019 tweet by Politico chief political columnist and former U.S. News and World Report correspondent Roger Simon.