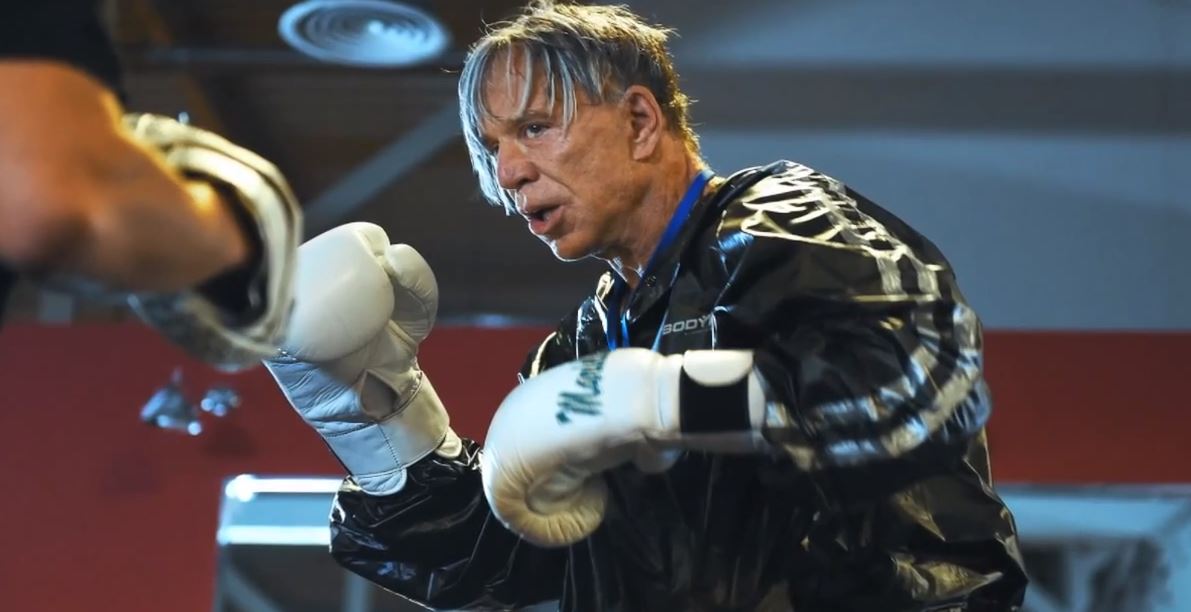 The Hollywood Left is all about preaching non-violence and tolerance...EXCEPT when it comes to Republicans.

In just the past few weeks, we’ve seen the so-called tolerant celebrity left enraged at Ellen for laughing it up with former President George W. Bush and expressing gratitude for a Republican senator getting beaten up.

One actor threatened Donald Trump with a “left hook from Hell” and another even fantasized about Donald Trump being assassinated.

The following are a few of the most absurd examples of celebrity rage from the past month:

“That piece of [bleep] that’s sitting in the White House, that [bleep, that lying [bleep] sucker. That [bleep] no-good [bleep] two-faced [bleep] piece of shit....He said some really nasty things about the two of us....There’s gonna be a day where he ain’t president, and we’re gonna bump into each other. And you’re gonna feel me....A left hook from Hell.”
— Actor Mickey Rourke discussing an alleged Trump lawsuit against him and the late rapper Tupac Shakur in an October 30 interview with YouTube channel Toofab.

Maybe Trump Will Get Assassinated In Dallas, Just Like JFK

“Don’t get too cocky traitor. They showed up for JFK too.”
— October 17 tweet by comedian/actor Tom Arnold in response to Trump’s tweet announcing his arrival in Dallas, Texas: “Just arrived at the American Airlines Center in Dallas, Texas. Will be out shortly as we wait for more of you to get in! #TRUMP2020.”

“I DO NOT promote violence but...Rand Paul says the Kurds are being ‘ingrates’ for taking their frustrations out on US troops. Which is a good reminder for us all to be more grateful for the neighbor who beat the shit out of Rand Paul.”
— October 23 tweet by singer/actress Bette Midler.

Get Away From That War Criminal, Ellen!

“Sorry, until George W. Bush is brought to justice for the crimes of the Iraq War, (including American-lead torture, Iraqi deaths & displacement, and the deep scars – emotional & otherwise – inflicted on our military that served his folly), we can’t even begin to talk about kindness.”
— October 9 tweet by Avengers star Mark Ruffalo, after talk show host Ellen Degeneres was seen being friendly with former President George W. Bush at a Dallas Cowboys vs. Green Bay Packers football game.

“This is pathetic. You can’t pretend to be a human being now after what you’ve said about Elijah Cummings in the recent past.”
— October 17 tweet by Will & Grace star Debra Messing.

“POTUS posts a phony eulogy to #ElijahCummings, who died today. After trashing Mr Cummings, a leader of the civil rights movement,  and calling his district rat-infested, which probably broke his heart, this repulsive biped has the gall to pretend he admired him; it makes me sick.”
— October 17 tweet by actress/singer Bette Midler.

The Boss Thinks The Donald Is “Frightening”

“It’s just frightening. We’re living in a frightening time. The stewardship of the nation has been thrown away to somebody [Donald Trump] who doesn’t have a clue as to what that means....The United States of America is in your care....Do you know what the stakes are? Do you know what that means? And unfortunately we have somebody who I feel doesn’t have a grasp of the deep meaning of what it means to be an American.”
— Singer Bruce Springsteen on CBS This Morning, October 25.

Co-host Jasmine Sanders: “So there’s a group of students who are in trouble and some parent who are nervous about their daughter. This is actually going down in North Carolina where a group of students there – in middle school –  told a classmate that there was a, I guess, a group chat on social media that was talking about black people....So she wanted to find out what they were talking about. So she created an entire profile and presented herself as white so she could get inside and see what they were talking about....They were talking about pulling triggers and shooting n-words and killing n-word babies.
Co-host D.L. Hughley: “Are you sure they just didn’t tap into the White House website?”
Comedian Geoff Brown: “Sounds like notes from a Trump meeting.”
Hughley: “Right. Or any local police department.”
— TV One’s The D.L. Hughley Show, October 17. 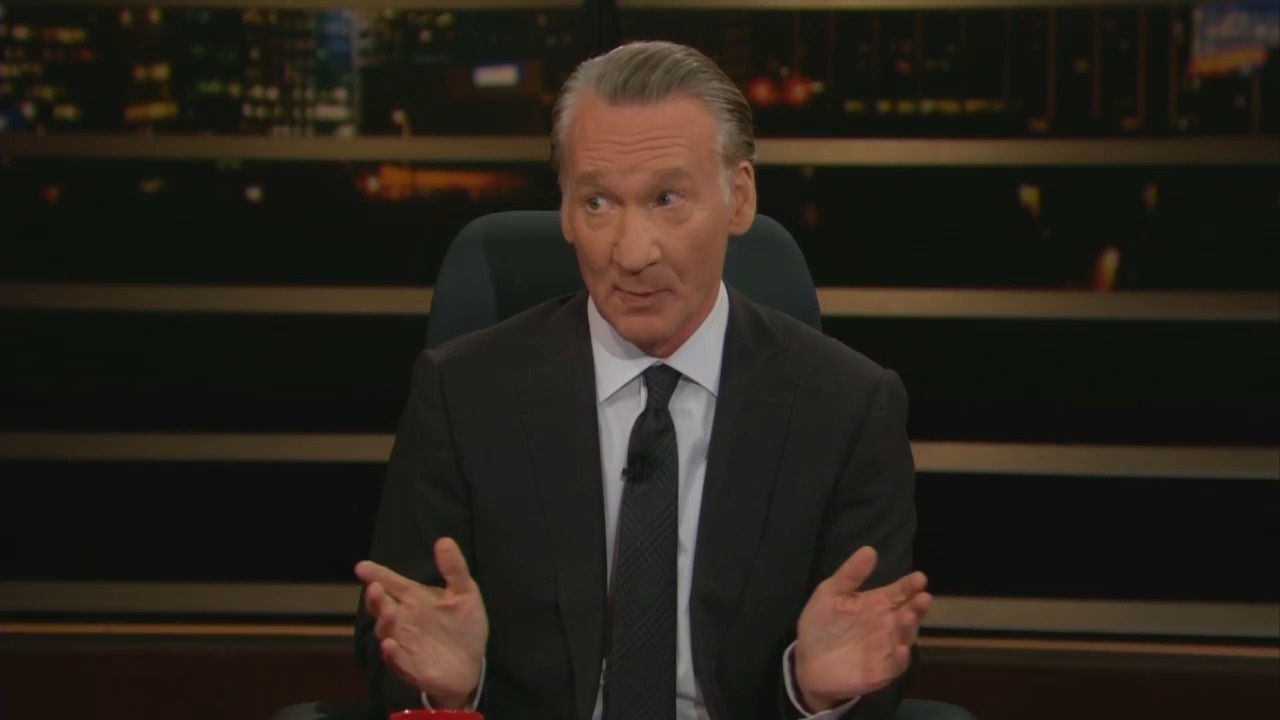 “I have many times read the dictator checklist on our show, the things Donald Trump does that are like a dictator....You know most of them: appoints family members, scary rallies, says lock up my opponents, is in it for personal financial gain, loves other dictators, state run TV, parades – this week though, wow. He added like five to the list: calling people human scum, physically disrupting hearings, when it gets physical, investigating the investigators, he said ‘You people and your phony emoluments clause.’ It’s, you know, in the Constitution. I’ll get to the ethnic cleansing in a little while but I feel like this is the ‘not going gently’ edition of the dictator checklist....It’s going to get uglier. You think he’s just going to let us take him out of there? No, human scum, he is not. It’s going to be human scum and goons breaking up meetings and I don’t know what’s next.”
— Host Bill Maher on HBO’s Real Time with Bill Maher, October 25.

Troubled by “Pink Pinocchio in the White House”

“You couldn’t write this stuff, it’s so ridiculous. We have this pink Pinocchio in the White House and I’m surprised his nose doesn’t penetrate the television screen, the amount of lies that man talks....I think that everybody is running around like headless chickens because nobody has ever seen this kind of animal at work before, the kind of mindlessness of him....The man is such an idiot, he really is. It’s unbelievable to be living in this time....Drama looks so tame compared to what’s going on.”
— HBO’s Succession actor Brian Cox in October 14 Variety interview.