Norah at Night: The Most Liberal Moments From Incoming CBS Evening News Anchor 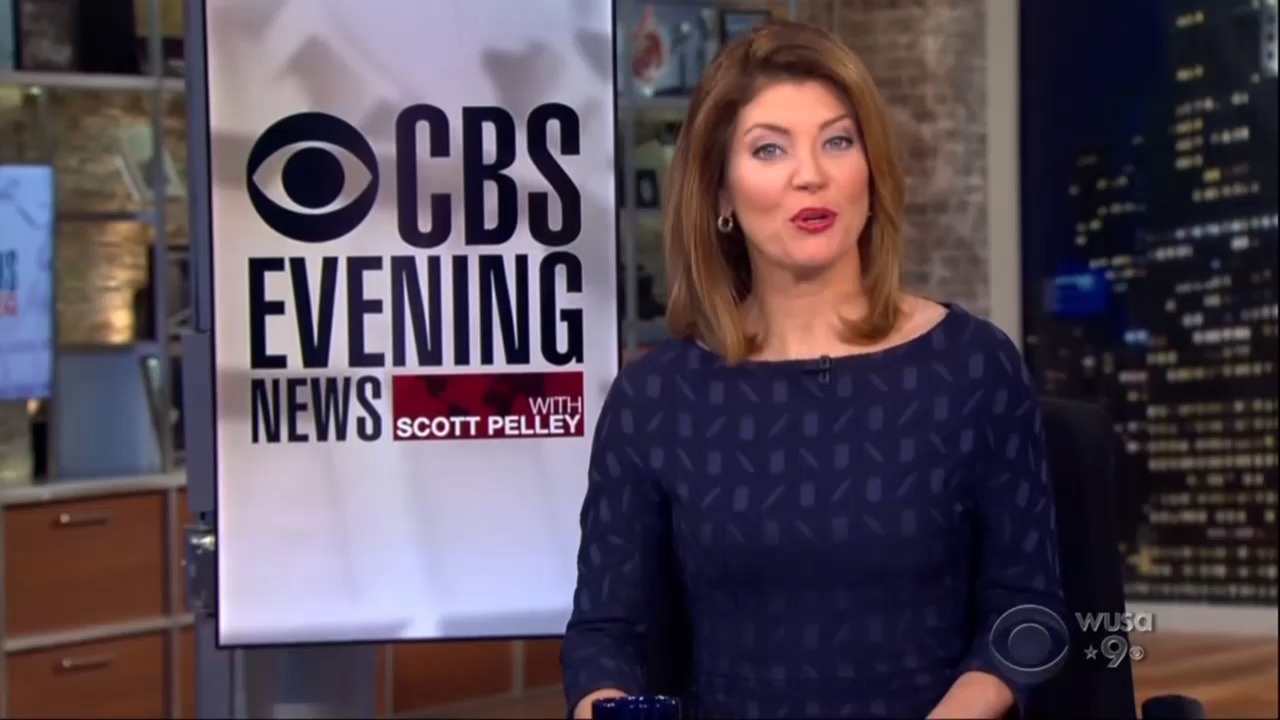 Norah O’Donnell has risen through the ranks of TV jobs from MSNBC correspondent to CBS This Morning co-host. On Monday she begins her stint in the CBS Evening News anchor chair previously occupied by the likes of Walter Cronkite, Dan Rather and Katie Couric. And much like those liberal bias legends before her, O’Donnell realized one of the best ways to climb the ladder was to lean left in her reporting and hosting duties.

From her days defending the “centrist” Barack Obama to trashing Donald Trump as “dangerous to democracy,” the following is just a sample of the incoming CBS Evening News anchor’s career of adoring Democrats and liberals and attacking Republicans and conservatives:

Co-host Norah O’Donnell: “You serve in the U.S. Senate. Democrats are in control. The Republicans need six seats. On average, since World War II the opposing party of the President has won about six seats. What’s going to happen if Republicans take control?”
Senator Elizabeth Warren (D-MA): “Oh, it’s going to be ugly out there if the Republicans take control.”
O’Donnell: “I guess that was a softball of a question, wasn’t it?”
Warren: “How many ways can we talk about this?”
Co-host Charlie Rose: “She just teed it up for you. Go.”
— CBS This Morning, October 28, 2014.

“You have been known as a champion for the middle class. Why have you made that your calling?”
— Co-host Norah O’Donnell to Senator Elizabeth Warren on CBS This Morning, April 22, 2014.

Not Even Maher Buys Norah’s Claim of “Centrist” Obama

NBC’s Norah O’Donnell: “He’s [Barack Obama] a pragmatic centrist, I mean that’s who he is....They hired Bill Daley as the chief of staff, someone with business ties. They brought in the CEO of General Electric, Jeff Immelt, he gave a speech before the Chamber of Commerce. So I think, you know, they’re trying to make inroads, but that’s a specific community, the business community. But other than that tonal switch, he’s still the same centrist he’s always been.”
Host Bill Maher: “But he’s not really. If you woke him up in the middle of the night, of if you gave him sodium pentothal - I think he’s a centrist the way he’s a Christian - not really.”
— HBO’s Real Time with Bill Maher, February 11, 2011.

Should “Dangerous” Trump Be Removed from Office?

“If he is dangerous to democracy, as you say, should he be removed from office?”
— Co-host Norah O’Donnell question to Sen. Jeff Flake on CBS This Morning, October 25, 2017.

“I wondered if you got any sort of opportunity to challenge the President on some of the rhetoric that he’s used, specifically using the word ‘invader,’ which is also a word that the Pittsburgh shooter used.”
— CBS This Morning co-host Norah O’Donnell to Jim VandeHei of Axios, October 30, 2018.

Norah’s Plea: Can Anything Be Done to “Stop” Kavanaugh?

Slapping a Republican for Failing to Follow Liberal Playbook

“Senator, you have been called ‘the Republican savior.’ Yesterday, you voted against the Violence Against Women Act. You’ve opposed repeal of ‘don’t ask, don’t tell.’ You opposed universal background checks for gun buyers. You’ve yet to introduce a bill on immigration reform. Is that the future of the Republican Party?”
— Co-host Norah O’Donnell to Marco Rubio on CBS This Morning, February 13, 2013.

Clip of Newt Gingrich: “Shooting three-point shots may be clever, but it doesn’t put anybody to work. And what we need is a President, not an athlete. We need somebody who actually focuses on getting people back to work.”...
NBC/MSNBC correspondent Norah O'Donnell: “I’m not sure what he means by this particular soundbite, and I think it’s open to some criticism because it suggests that the President is an athlete and some people may suggest, you know, because all black people are good athletes - I mean that’s what it sort of sounds like to me.”
NBC/MSNBC's Savannah Guthrie: “Oh, I didn’t see that at all.”
MSNBC’s Mike Barnicle: “Oh, I didn’t get that.”
Guthrie: “Yeah, I didn’t hear that!”
MSNBC’s Pat Buchanan: “That went right by me!”
— Exchange on MSNBC’s Morning Joe, April 9, 2010.

Fill-in host Norah O’Donnell: “You also include changes to Medicare, and cuts in Medicaid, $810 billion in cuts to Medicaid. How can you guarantee people that you’re not giving tax cuts to the wealthiest and taking away aid to the poor?...But you don’t deny that you’re cutting $810 billion from Medicaid?”
Representative Paul Ryan: “No, actually, we get $810 billion in savings. But we still grow Medicaid each and every year under our formula.”
— CBS’s Face the Nation, March 25, 2012.

Anchor Norah O’Donnell: “Sarah Palin is throwing out punches ahead of the midterm elections. During a speech to the conservative Liberty and Freedom Foundation in San Jose last night, the former Alaskan governor took a shot at some comments made by First Lady Michelle Obama.”
Sarah Palin: “You know, when I hear people say, or had said during the campaign, that they had never been proud of America until, until that time, I think, ‘Haven’t they met anybody in uniform yet?’”
O’Donnell: “Of course, Mrs. Obama never said that. She never said that she had not been proud of her country.”
— 12pm ET hour of MSNBC News Live, October 15, 2010.

“For the first time in my adult life I am proud of my country, because it feels like hope is finally making a comeback.”
— Michelle Obama talking to a crowd in Milwaukee, Wisconsin, February 18, 2008.

“Does President Barack Obama finally have the cojones that some Democrats haven’t had in the past, in saying to other Republicans ‘you don’t have to listen to Rush Limbaugh?’...Isn’t this exactly the kind of fight that Obama wants to have?...Find somebody like a Rush Limbaugh, who they can argue is on the fringe, and fight with him?”
— MSNBC’s Norah O’Donnell anchoring the 3pm ET hour of MSNBC Live, January 26, 2009.

“He [Limbaugh] has said, ‘I hope he fails,’ talking about President Obama. And Rush Limbaugh also said this, he said ‘we are being told that we have to hope Obama succeeds, that we have to bend over, grab the ankles, bend over forward, backward, whichever, because his father was black, because this was the first black President.’ Do you agree with Rush Limbaugh?...On that specific thing, that, ‘we have to bend over because this is the first black President,’ why don’t you feel like you could denounce something like that? Are you so beholden to someone like Rush Limbaugh that you can't say that?...Is that the type of rhetoric we need?”
— MSNBC’s Norah O’Donnell to Congressman Mike Pence (R-IN), on MSNBC Live, January 28, 2009.

Not a Single Man Worthy of Supreme Court Seat?

Conservative commentator Pat Buchanan: “You got down to four women, not a single white male - all women. And then we’re going to pick an Hispanic – ”
Anchor Norah O’Donnell, interrupting: “Did it ever occur to you, Pat, that maybe there weren’t any white men who were qualified?”
— MSNBC live coverage of Obama’s Supreme Court nomination of Sonia Sotomayor, May 27, 2009.