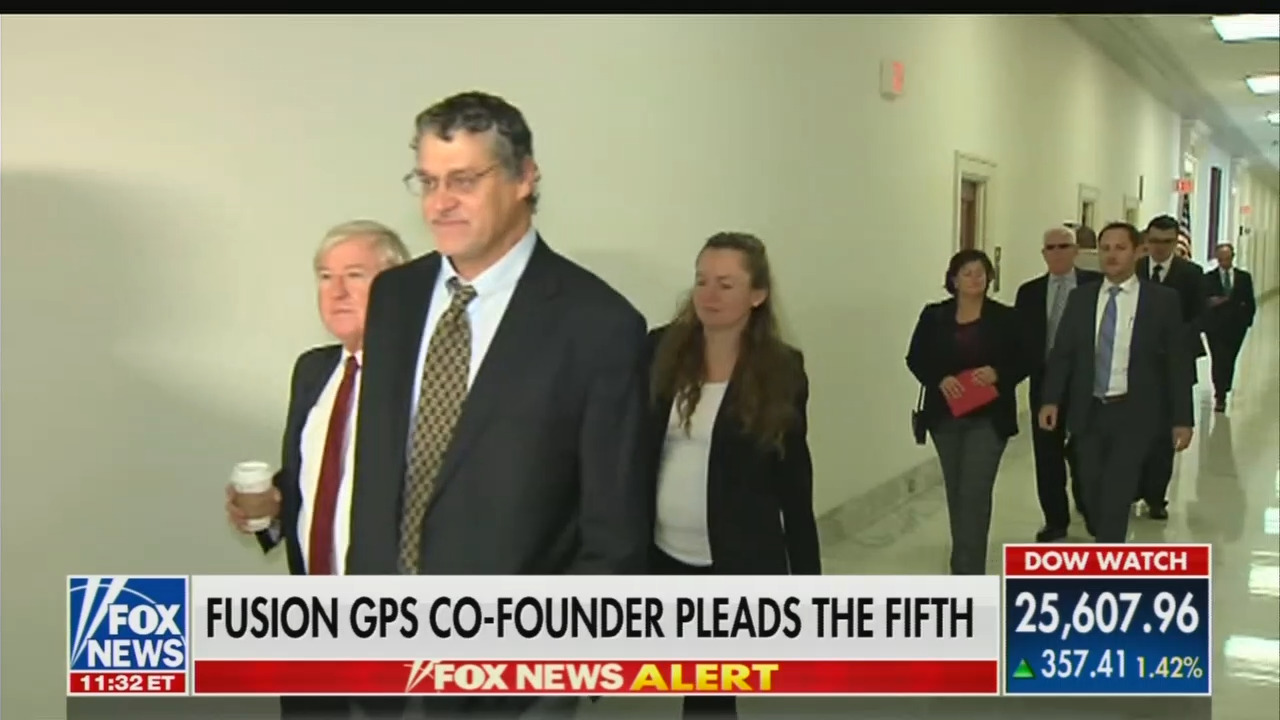 This key development in the Russia investigation has yet to be reported by any of the Big Three (ABC, CBS, NBC) networks on their evening or morning shows.

Glenn Simpson – the co-founder of the Fusion GPS research group that commissioned the unverified, Democrat-funded anti-Trump dossier – on Tuesday invoked his Fifth Amendment right not to testify during an appearance before the House Judiciary Committee.

On Capitol Hill, Simpson declined to answer multiple shouted questions from Fox News about his refusal to testify as he arrived to the committee room.

But Simpson’s lawyer, Joshua Levy, on Tuesday took aim at Republican lawmakers for compelling him to appear.

“This committee would make Sen. Joseph McCarthy proud,” Levy said. “Like Sen. McCarthy, this committee has largely conducted its business through secret, confidential interviews and depositions, binding witnesses and their counsels into silence while the members walk outside to all of you the media with public and selectively leaked interviews to tell you what they want you to hear.”

“You can’t just invoke the fifth in order to avoid questions before Congress,” Meadows said.

The dossier, authored by former British spy Christopher Steele and commissioned by Fusion GPS, was paid for by the Democratic National Committee and Hillary Clinton’s presidential campaign through law firm Perkins Coie. It included salacious and unverified allegations about Trump’s visit to Russia before he was president and has become a central focus as lawmakers investigate the origins of the Russia investigation.