As the midterms fast approach, there are a bunch of Democrats who find themselves embroiled in scandals and controversies. But if you only got your news from the Big Three (ABC, CBS, NBC) networks, you’ve probably never heard about them.

The networks have been doing their best to protect Democratic midterm interests by downplaying or completely ignoring Democrats who have gotten into trouble this campaign season. MRC analysts looked at the network evening, morning and Sunday roundtable shows to see how they covered or didn’t cover various 2018 Democratic scandals or gaffes.

From Texas Senate Democratic challenger Beto O’Rourke lying about his DUI arrest to DNC chair Keith Ellison being accused of domestic violence, the following is a list of Democratic controversies that the nets are keeping their audiences (for the most part) in the dark about: 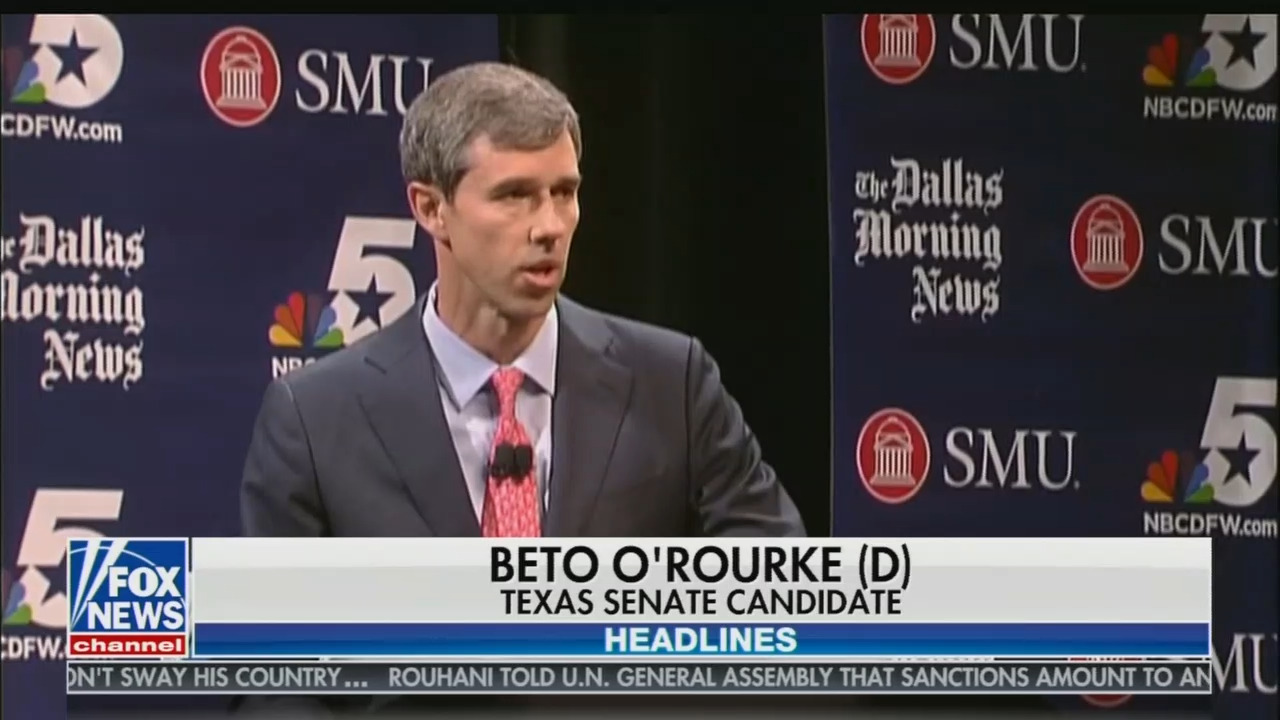 When Texas Senate Democratic challenger Beto O’Rourke lied about a past DUI arrest, it was so blatant even the liberal Washington Post’s fact checkers couldn’t let it pass.

On September 25 The Washington Post’s Glenn Kessler reported the following:

During a debate with his rival, Sen. Ted Cruz (R-Texas), Rep. Beto O’Rourke (D-Tex.) was asked point-blank about a drunken-driving incident when he was 26: Did he try to leave the scene of the crash? The Houston Chronicle and San Antonio Express-News had recently obtained police reports of the collision and reported that O’Rourke had done so. O’Rourke responded with what appeared to be a well-practiced answer. He flatly denied trying to leave the scene of the crash but added that driving drunk was a “terrible mistake” and that he would not provide an excuse....The police reports show not only that O’Rourke was highly intoxicated but that a witness to the crash said he tried to leave the scene. O’Rourke was so drunk that he could barely get out of the car without falling....Given his blood alcohol content at the time of the crash, O’Rourke’s memory 20 years after the fact is not nearly as credible as the police reports written just hours after the crash. Even if one is inclined to dismiss police reports as riddled with errors, it is the one contemporary record we have....O’Rourke should revise his answer if given another opportunity. In the meantime, he earns Four Pinocchios. 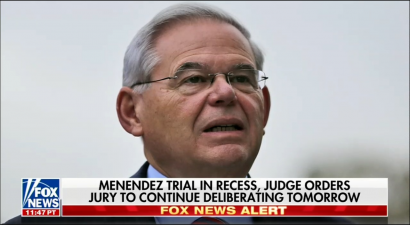 Back in April, Democratic incumbent Senator Robert Menendez was officially admonished by the Senate for accepting gifts from a donor in exchange for promoting his interests.

The Senate Ethics Committee “severely admonished” Senator Robert Menendez on Thursday for accepting gifts from a wealthy doctor while using his position as a senator to promote the doctor’s personal and financial interests. It also ordered Mr. Menendez, a New Jersey Democrat, to repay the market value of all improper gifts he has not already repaid.

The admonition stems from the same actions for which Mr. Menendez was indicted in 2015. His trial — in which the doctor, Salomon E. Melgen, was a co-defendant — ended with a deadlocked jury in November 2017, and the federal government chose not to retry Mr. Menendez. In its letter of admonition, the Ethics Committee acknowledged that the trial “did not result in a conviction,” but wrote, “The criminal system, however, neither enforces nor supplants the Senate’s rules or standards of conduct, and the committee’s action stands independent from that result.”

The committee’s three Republicans and three Democrats found that from 2006 to 2013, Mr. Menendez “knowingly and repeatedly accepted gifts of significant value from Dr. Melgen without obtaining required committee approval” and “failed to publicly disclose certain gifts as required by Senate rule and federal law.” The gifts included private flights and nights at luxury hotels, among them a villa in the Dominican Republic.

Earlier this month, the husband of Missouri Democratic Senator Claire McCaskill was accused of using a government program intended to help the poor, to personally enrich himself.

Since Claire McCaskill joined the Senate, her husband Joseph Shepard has made at least $11 million through a business that buys up tax credits awarded to Missouri affordable housing developers and sells them to high-income entities seeking tax relief.

Shepard’s company, the Missouri Tax Credit Fund, operates within the Low-Income Housing Tax Credit (LIHTC), a $9 billion a year federal program that awards tax credits to developers building qualified affordable housing projects. The LIHTC program is designed for developers in need of cash to attract investors for projects by offering them tax credits.

Analysis by policy institutions and government investigators, however, has found the LIHTC program to be inefficient, with much of the money—intended for affordable housing—ending up in the pockets of middlemen syndicators who connect developers with investors, earning lofty fees from both sides. Shepard plays the lucrative role of syndicator and has made millions off the government program.

Records available on the Missouri secretary of state’s website show Shepard’s company acquired tax credits awarded to at least 57 different affordable housing projects in Missouri between 2006 and 2017. Together, the 57 projects were awarded $273.3 million in LIHTCs, a review of the state’s tax credit database found....McCaskill’s disclosures show her husband earned “over $1 million” from the Missouri Tax Credit Fund for 11 consecutive years from 2007 to 2017, meaning that he’s earned at least $11 million. McCaskill files taxes separately from Shepard and has never released her husband's returns, which would contain a more specific figure.

At the height of the Brett Kavanaugh hearings, private information about Republican senators was illegally released to the public. A former Democratic staffer was arrested for the crime.

A former staff member for Democratic Congresswoman Sheila Jackson Lee is still in jail tonight. Bail was denied this afternoon for Jackson Costco. He’s accused of committing several felonies including the release of personal information about Republican Senators on the internet. He’s also accused of threatening a witness, unlawfully accessing a government computer, and burglary of a senatorial office. He has pleaded ‘not guilty’. 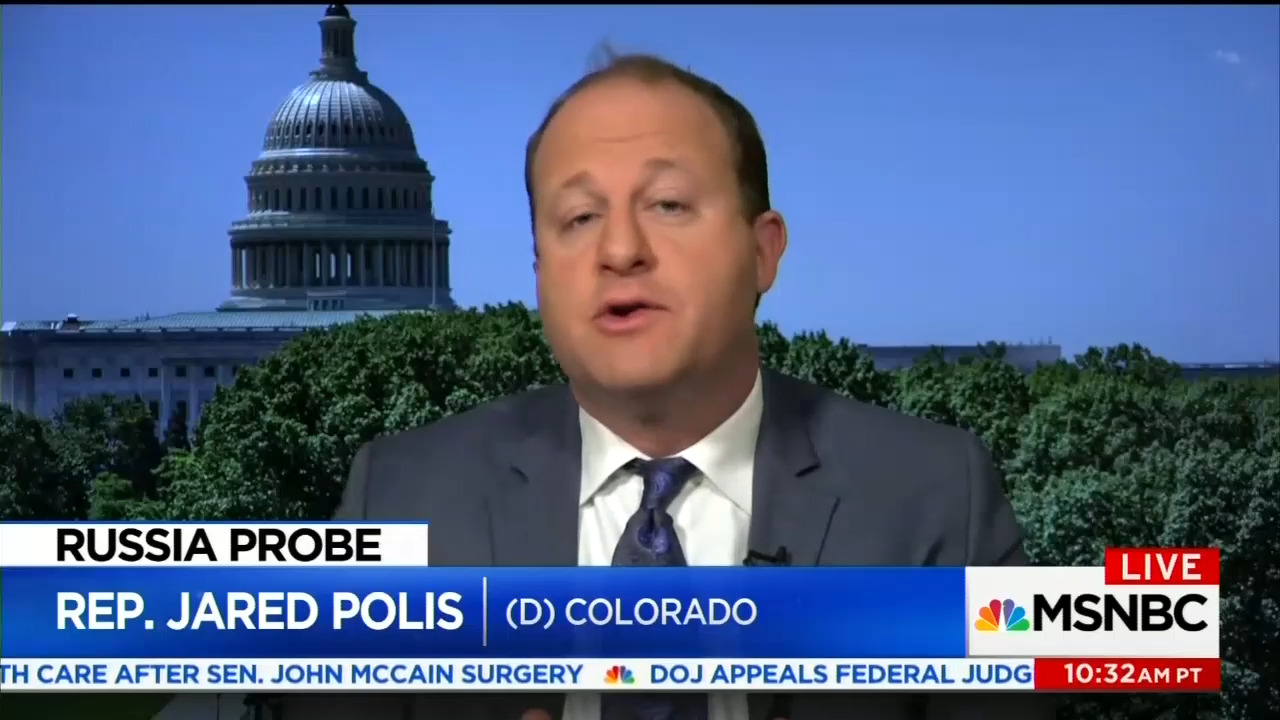 Jared Polis, the Democratic nominee for governor in Colorado, was involved in a physical altercation with an ex-employee in which he admitted to police he pushed the woman, according to a police report obtained by the Washington Free Beacon. The incident dates back to June of 1999 and took place at an office Polis had in Boulder for a company called JPS International LLC.

Polis told the officers who arrived at the business that a woman he was employing, Patricia Hughes, had given her resignation a few days earlier, but called him on the day in question saying she had information to “go after” him if her exit from the company did not go smoothly. Polis—at the time still legally named Jared Polis Schutz—told Hughes not to take any sensitive documents, and quickly drove to the office.

“After hanging up with the dispatcher, Ms. Hughes attempted to leave the office. Mr. Schutz physically blocked the door to prevent her from leaving. She moved toward him again, this time hitting him with one of her bags. Mr. Schutz then put both of his hands on her shoulders and pushed her back to prevent her from leaving,” according to the report filed by the officer who interviewed Polis. “Hughes then tried to leave and Schutz did not let her leave. Hughes said that he grabbed her and pushed her back into the office. Hughes said that when Schutz pushed her she was pushed back into a file cabinet, hurting her leg. Hughes said that she then said that she was going to call 911 and went to the phone. Hughes said that she tried calling 911 three times and twice Schutz hung the phone up. The third time Hughes got through,” according to Hughes’s interview with police.

Democratic Congressman and DNC deputy chair Keith Ellison, back in August, was accused of physically abusing an ex-girlfriend.

A former girlfriend of U.S. Rep. Keith Ellison has accused him of domestic violence, which Ellison — a DFL candidate for Minnesota attorney general — denied on Sunday.

The alleged incident between Ellison and Karen Monahan came to light Saturday night after her son posted about it on Facebook. She then confirmed it on Twitter. Ellison responded Sunday in a statement released by his campaign: “Karen and I were in a relationship which ended in 2016, and I still care deeply for her well-being.” He also denied dragging her off a bed, and said a video allegedly showing that does not exist because it never happened. The allegation roils the race for attorney general, where Ellison has been viewed as the front-runner in Tuesday’s DFL primary.

A fellow DFL candidate called for a criminal investigation and a national women’s group said Ellison should withdraw and resign from Congress.

On October 15 The New York Times did note “An investigation commissioned by Minnesota’s Democratic-Farmer-Labor Party, which has endorsed Mr. Ellison, recently concluded that Ms. Monahan’s allegations of physical abuse were unsubstantiated.”