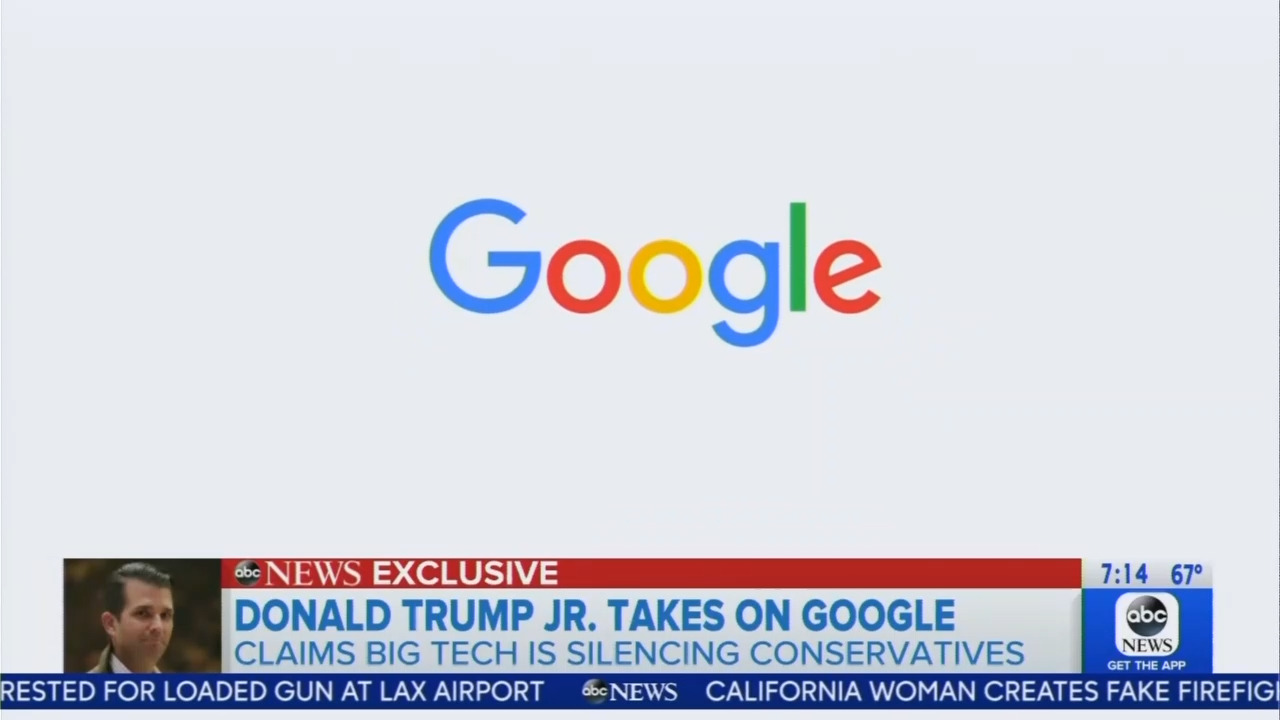 While the networks have been obsessed with alleged Russian interference to aid Donald Trump in the 2016 campaign they have – so far – completely ignored a bombshell report that a Google employee tried to help Hillary Clinton win.

None of the network morning shows (ABC’s Good Morning America, CBS This Morning, NBC’s Today) spent any time on this shocking development.

However, on this morning’s edition of Good Morning America, correspondent Tara Palmeri did find time to advance Google’s spin that they didn’t favor any party in their searches. During an interview with Donald Trump Jr, Palmeri turned to Google to knock down the president’s sons’s concerns about the tech company’s biases:

TARA PALMERI: Unfazed by the scrutiny Donald Trump Jr. has become a prominent voice speaking to conservative fears about being allegedly silenced by big tech companies like Google.

PALMERI: Google has said that they do not use an algorithm that favors one party or another.

TRUMP JR: If they’re only filtering content from one side and they’re not doing it on the other or they’re sort of pretending to do it on the other and it’s happening time and time again and there’s only one side complaining about it happening.

PALMERI: In a statement to ABC News a Google spokesperson said “search is not used to set a political agenda and we don’t bias our results toward any political ideology. We continually work to improve Google search and we never rank search them to manipulate political sentiment.