FLASHBACK: When the Media Didn’t Care About a President’s Criminal Friends 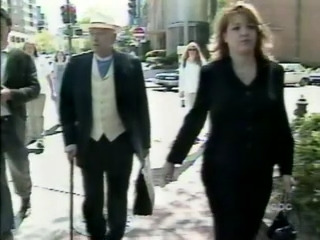 It’s always big news when a former associate of a President goes on trial, right? Well actually no.

When Bill Clinton’s Whitewater business partners Jim and Susan McDougal and the former Arkansas Governor Jim Guy Tucker were tried (and convicted) for conspiracy and fraud charges the Big Three (ABC, CBS, NBC) evening news programs devoted (on average) just 36 seconds per night (March 3, 1996 - May 29, 1996) to the trial. This despite the fact that the then-sitting President offered video testimony during the court proceedings.

In contrast, the trial of Donald Trump’s one-time campaign manager Paul Manafort – for charges in a tax fraud case that had nothing to do with President Trump or alleged Russian collusion –  averaged 2 minutes and 18 seconds per night (July 31 - August 21) on those same evening programs. This was at a rate almost 4x higher than network coverage of the 1996 trial.

Despite the convictions of the longtime Clinton business associates the media tried to wish Whitewater away. On the night of the convictions then NBC Nightly News anchor Tom Brokaw asked then Washington bureau chief Tim Russert: “Alfonse D’Amato, the Republican senator who’s been running the Whitewater hearings on Capitol Hill, has so much as admitted recently that he didn’t get very far. There have been any number of exhaustive journalistic efforts. What do we think may be out there? Anything left?”

Not exactly the language NBC’s Meet the Press host Chuck Todd used on the August 21 edition of NBC’s Nightly News: “The Paul Manafort stuff is serious. It shows you that [Robert] Mueller’s got plenty to go on here. And it isn’t a witch hunt.”

In total ABC, CBS and NBC spent 51 minutes and 28 seconds in 87 days on the trial of Clinton’s business partners.

In contrast, ABC, CBS and NBC almost reached that total (50 minutes, 30 seconds) in just 22 days of coverage of the Manafort trial.