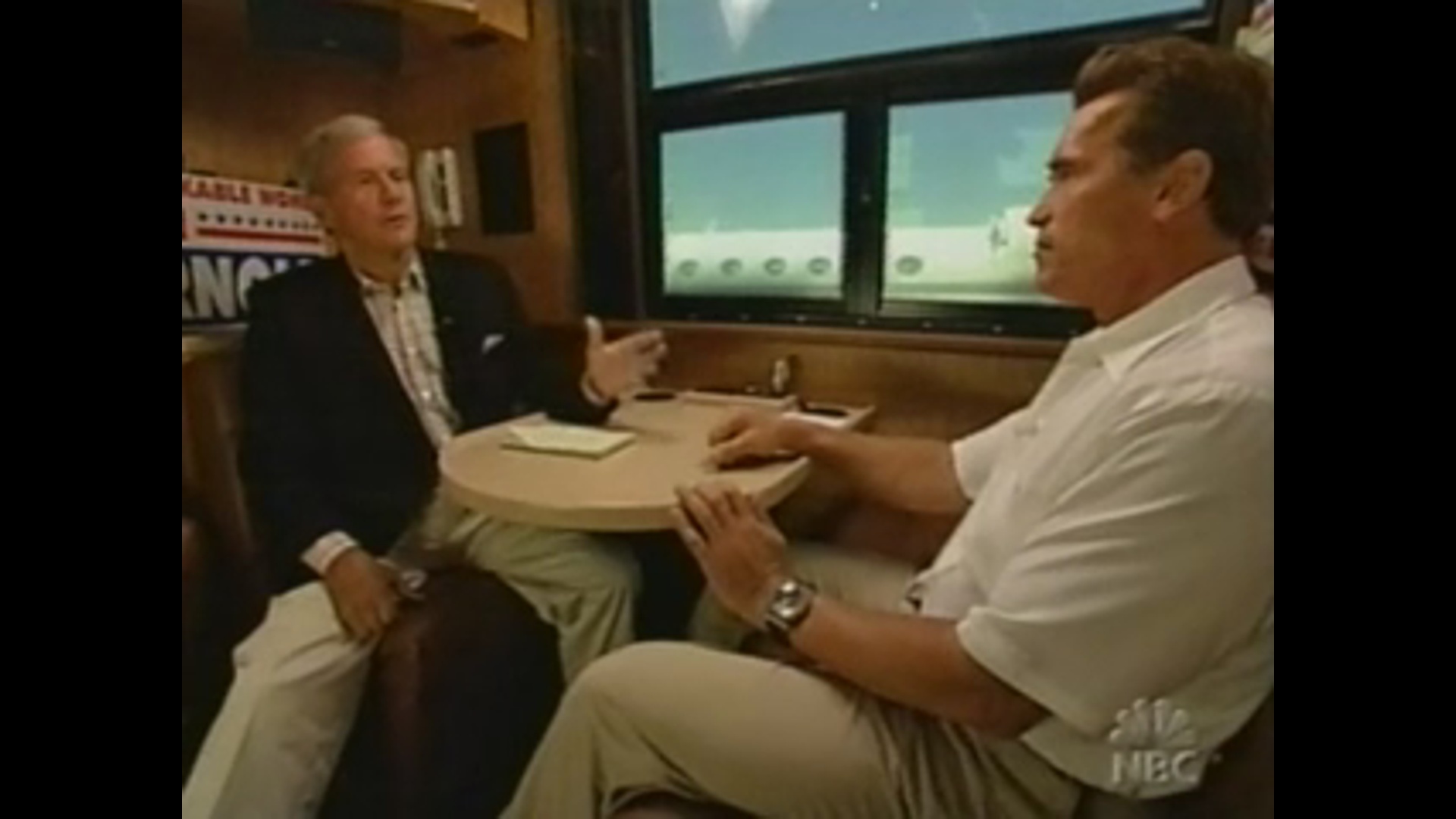 Ex-NBC reporter Linda Vester’s allegations that she was sexually harassed by Tom Brokaw makes the former NBC Nightly News anchors past reporting on sexual assault cases (on Bill Clinton, Al Franken and Arnold Schwarzenegger) rather awkward to say the least.

For the record, Brokaw has denied Vester’s claims, dismissing them as a “drive by shooting.” But if there is any truth to these allegations, it sheds a new light on Brokaw’s past dismissals of Clinton accuser Paula Jones and his insistence that Ken Starr had “gone too far.”

The following now-awkward Brokaw moments were culled from MRC’s archives:

“A lot of these women have made very specific accusations about grabbing them sexually and making lewd suggestions. You described it as playful and rowdy, and the kind of mischief that you engaged in when you were a younger man. But based on their descriptions, in many states, what you did would be criminal, it would be a sexual assault of some kind.”
— NBC’s Tom Brokaw interviewing Arnold Schwarzenegger on the October 5, 2003  Dateline. In 1999, Brokaw refused to cover a woman’s complaint that Bill Clinton raped her while he was running for Governor of Arkansas in 1978.

“It does not mean that Al Franken wasn’t guilty of abusing his place, especially with the first woman who came forward with whom he was on a UFO [sic] tour. And there was that very damning picture that we saw. But I do think that the Senate and the institutions of governance and those of us in this business as well have to agree to a kind of codification of what is objectionable and how people should be held responsible for it.”
— Former Nightly News anchor Tom Brokaw on Andrea Mitchell Reports, December 7, 2017.

Condemning Republican Men As Not Caring About Sexual Assault

“Why didn’t we put it on earlier? It didn’t seem, I think to most people, entirely relevant to what was going on at the time. These are the kinds of charges raised about the President before. They had been played out in the Gennifer Flowers episode. The American public had made a kind of decision about his personal conduct and whether it had relevance in his personal life. And it seemed at that time it didn’t have the news weight.”
— Tom Brokaw on the CNBC show Tim Russert on May 9, 1994, after Paula Jones filed her suit.

“Despite the assurances from all parties they can pursue this matter and still do the business of the nation, it will be a discomforting distraction at several levels. It will harden and it will widen divisions just at a time when America had the opportunity to find common goals again. It will also keep good people of all ideologies from entering the political arena because they are repulsed by the bickering and the behavior and the self-righteousness on all sides. It will, as it has already, lead to more disclosures about the private lives of public people...”
— Tom Brokaw concluding a September 1998 NBC News Dateline special, “The President and the People.”

“In Depth: What many people are asking. Did Ken Starr go too far?....Did the Ken Starr report to Congress go over the top? Still ahead tonight NBC News In Depth. Were all those graphic and intimate details about the President’s Oval Office affair really necessary?....When we come back, NBC News In Depth tonight. Did Ken Starr go too far and reveal a lot more than Americans needed or wanted to know?”
— Tom Brokaw plugging a Sept. 16, 1998 NBC Nightly News story.

“The President testifies. Making history at the White House. President Clinton under oath answering questions from Kenneth Starr about Monica Lewinsky. Did the President have sexual relations with her? Did he lie about it? Or ask anyone else to lie about it? Will Ken Starr let it end here?”
— Tom Brokaw introducing the August 17, 1998 NBC Nightly News.

“Most of the questions that did come from what we would call the prominent members of the White House press corps had to do with the Lewinsky scandal. Is there a possibility that he is only building more political capital by letting you ask those questions, batting them away and the American public beginning to say there is a kind of obsession with the subject?”
— Tom Brokaw to NBC reporter Claire Shipman on MSNBC after Clinton’s April 30, 1998 press conference.

“Has the President been tainted forever as a result of all this? Will he never, ever be able to remove the stain of Monica Lewinsky and their relationship and his, what many people believe, is his dissembling in describing the nature of that relationship?”
— Tom Brokaw to historian Doris Kearns Goodwin, after NBC’s playback of Clinton's grand jury testimony, September 21, 1998.