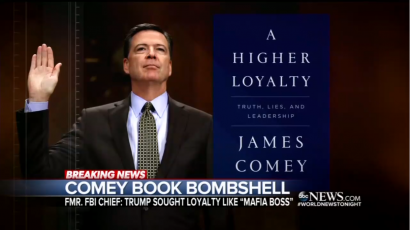 Today marks the official release of fired FBI director James Comey’s new book A Higher Loyalty and the Big Three (ABC, CBS, NBC) networks already have done their part to boost its sales, packing a total of two hours, 24 minutes in five days of coverage on their evening and morning news programs.

This exorbitant total doesn’t even include ABC’s Sunday night interview special with George Stephanopoulos – which took up an hour of primetime.

The nets began teasing the book Thursday night, as they highlighted the most salacious allegations against President Donald Trump. On that evening’s ABC’s World News Tonight, chief justice correspondent Pierre Thomas zeroed in on Comey’s smear of Trump acting like an infamous mafia underboss: “Comey claims at that dinner, President Trump told him, ‘I need loyalty. I expect loyalty.’ In his book, Comey writes, he thought to himself, ‘The demand was like Sammy ‘The Bull’s’ Cosa Nostra induction ceremony.’” 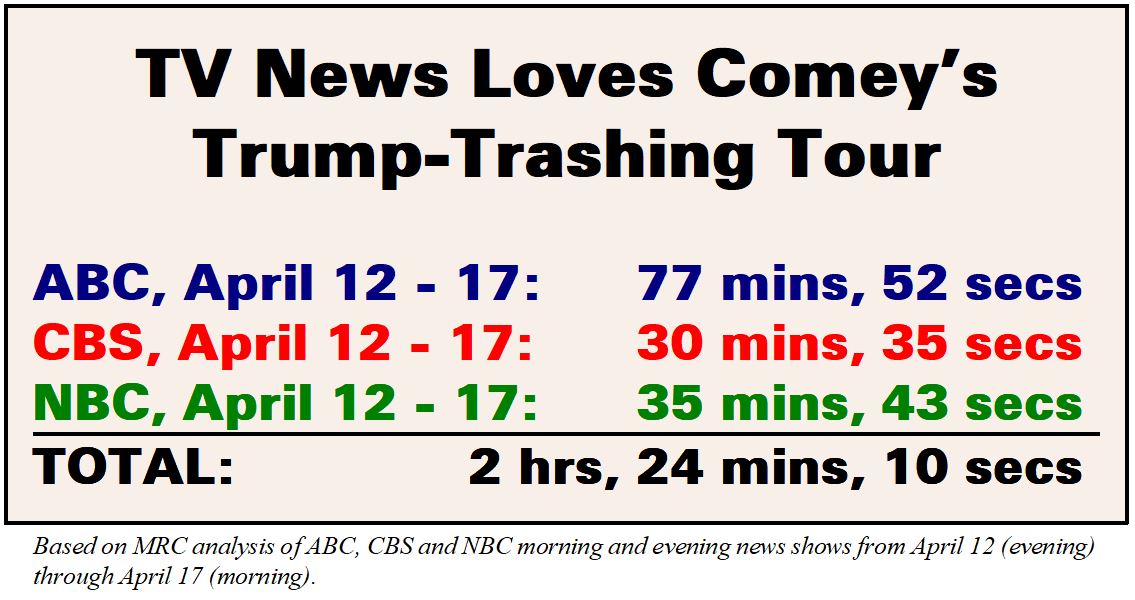 On NBC’s Today show, on Friday, co-host Savannah Guthrie excitedly proclaimed: “Taking his shots. Fired FBI Director James Comey’s book leaks overnight, and it’s a bombshell. Calling the President a liar, comparing him to a mob boss, and saying his administration is a ‘forest fire.’ This morning, we have a first look inside the pages.”

ABC, which hyped its exclusive Stephanopoulos interview with Comey, was the most obsessed network, as it loaded its programs with 77 minutes, 52 seconds of book coverage. NBC came in second, spending a total of 35 minutes, 43 seconds. CBS offered 30 minutes, 35 seconds to the Comey book.