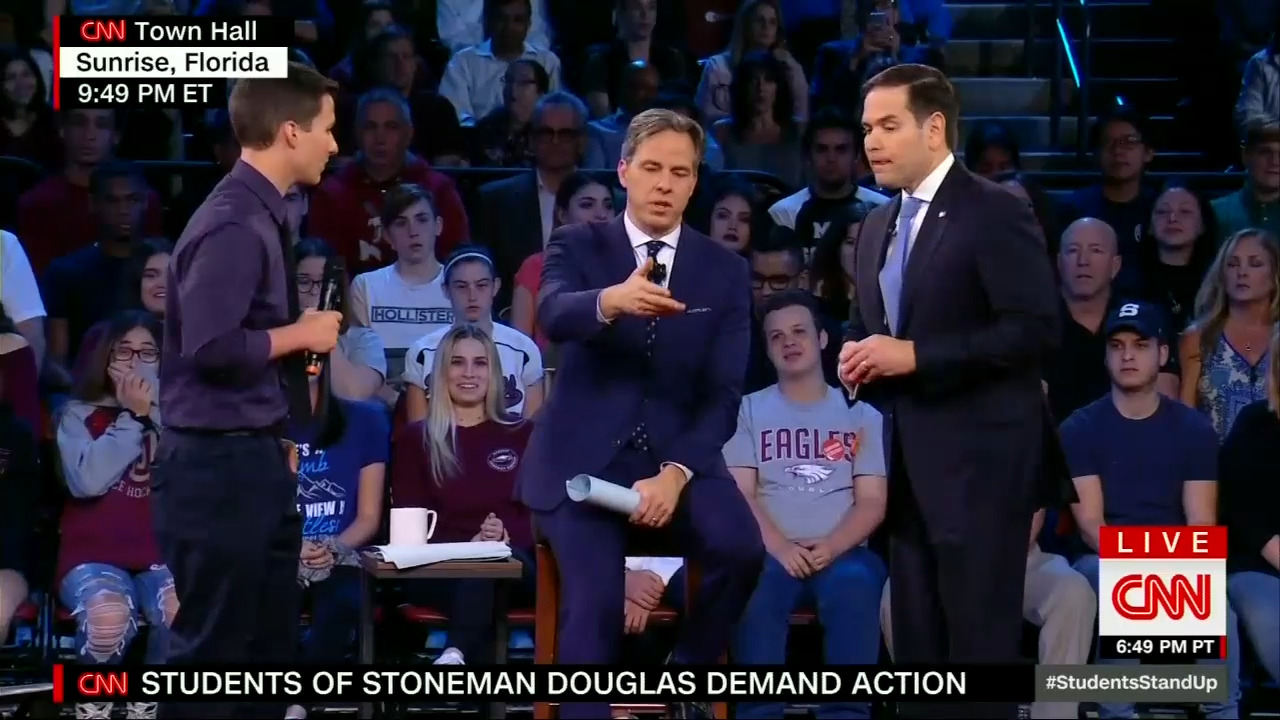 In the wake of the Marjory Stoneman Douglas High School shooting, the liberal media immediately launched another gun grab attempt by exploiting the horrific tragedy that occurred in Parkland, Florida. Network and cable journalists blamed gun owners and gun-rights organizations for the “slaughter of our children.” They also repeatedly teed up student activists to trash the NRA and its spokespersons in the most despicable terms like “child murderers” and “terrorists.”

The following is a collection (so far) of the media’s ugliest attacks on gun rights supporters in the wake of the Parkland, Florida school shooting.

“The president does nothing. Washington does nothing to protect our children from this continued madness....We know there are deranged killers right now planning a mass shooting and they’re planning it right now....I just wonder, though, today, who will be those domestic terrorist enablers? Who are going to be the useful idiots in the media, on web sites and on Capitol Hill that will make excuses for the gun lobby?”
— Host Joe Scarborough on MSNBC’s Morning Joe, February 15.

3. Mothers and Fathers “Burying Children” Because of Trump and NRA

The Daily Beast/CNN contributor Dean Obeidallah: “What matters to me is that after the Las Vegas shooting where 59 people died. After the shooting at a Texas church where people were there to pray and they were murdered Donald Trump had the same reaction, in terms of policy. Nothing! He did nothing. I’m not gonna say blood is on his hands but I can tell you there are mothers and fathers – ”
CNN contributor Ben Ferguson: “You just said it by saying you’re not going to say it.”
Obeidallah: “There are mothers and fathers right now burying their children because Donald Trump did nothing because the NRA spent $31 million to help him win, and the Republican party has been complicit in this.”
— CNN Newsroom, February 18.

Host Jake Tapper: “I want to bring in Cameron Kasky, he’s a junior, and he has a question for Senator Rubio. Cameron?”
Marjory Stoneman Douglas High School student Cameron Kasky: “I’m sorry, I know I’m not supposed to do this, but I’m not going to listen to that. Senator Rubio, it’s hard to look at you and not look down the barrel on an AR-15 and not look at Nikolas Cruz....I wished I could have asked the NRA lady [Dana Loesch] a question. I wish the NRA lady – I could have talked too because I would ask her, how she can look in the mirror, considering the fact she has children, but maybe she avoids those.”
Sen. Marco Rubio: “Sorry?”
Kasky: “I don’t freakin’ know.”
Tapper: “It’s ok. The question was about NRA money.”...
Marjory Stoneman Douglas High School student Emma Gonzalez: “Alright. Dana Loesch, I want to know that we will support your two children in the way that we will not — you will not.”
— CNN Town Hall: Stand Up: The Students of Stoneman Douglas Demand Action, February 21.

Host George Stephanopoulos: “Ryan, you had the chance to question Senator Rubio last night at that town hall meeting. Pretty clear that he’s not going to walk away from the NRA even though he told you you’re already making a difference.”
Marjory Stoneman Douglas High School student Ryan Deitsch: “Yeah, definitely Senator Rubio did not as Cameron Kasky plainly plainly put it, he asked him would he take the money and Rubio danced around the question as politicians do. He just did not want to answer it even though the crowd knew exactly what he was saying, that he will continue to take money from an organization that has been known to help in the aiding of killing innocent lives.”
Stephanopoulos: “Sam, you know, the NRA is one powerful organization.”
— ABC’s Good Morning America, February 22.

6. The 2nd Amendment Is a “So-Called Liberty”

Host Nicolle Wallace: “The arguments on the other side used to be so civilized and now they’re repugnant.”
New York Times columnist Bret Stephens: “Well there doesn’t seem to be even a moment of silence and compassion and thoughtfulness on the part of gun advocates for what has happened. There is something kind of aggressively and inhumanely repetitive about this line that guns are essential to American liberties. Hard one to stomach when so many thousands of people are dying every year for this so-called liberty.”...
Wallace: “How do the voices of law enforcement, the voices of the victims, and the voices of a majority of Americans who are for common sense restrictions on – I agree with you – a so-called right, not break through this time?”
— MSNBC’s Deadline: White House, February 22.

7. America Must Stop “Worshiping at the Alter of the Gun Gods” 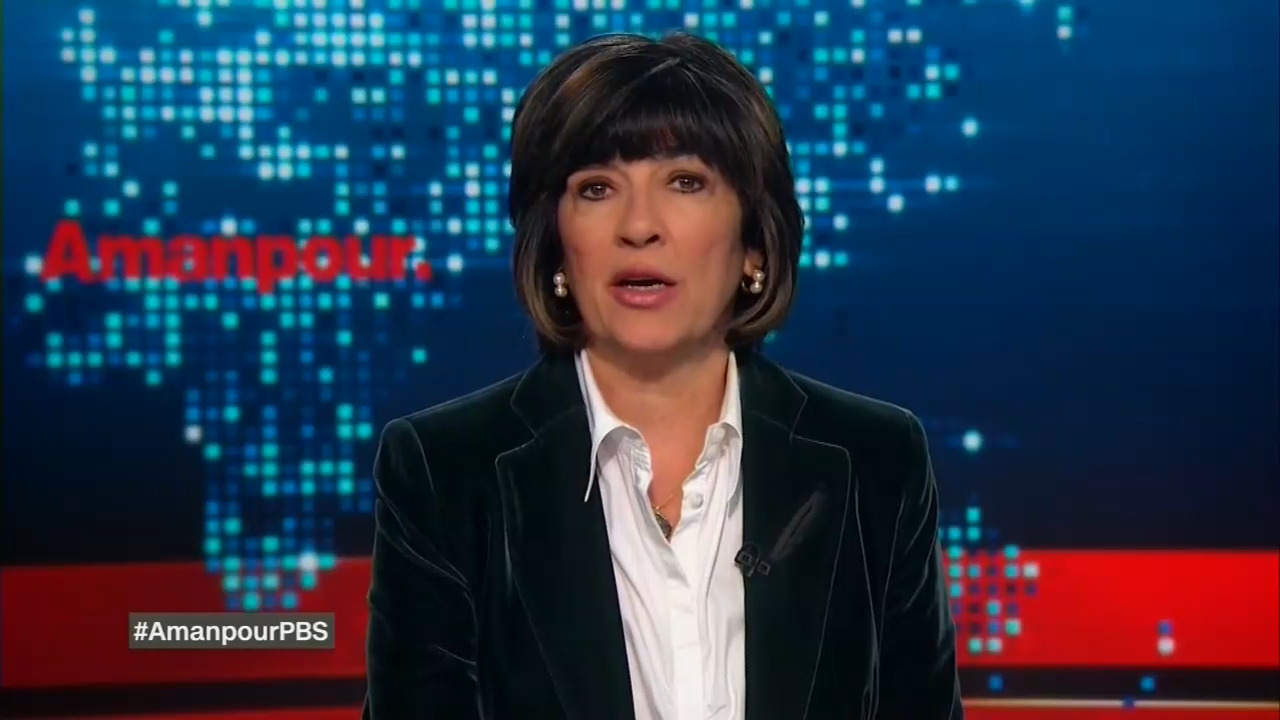 “The Bible warns us not to worship false gods. And yet, it does seem as though much of America is indeed worshiping at the altar of the gun gods. We watch aghast from abroad, knowing that there are solutions.”
— February 15 tweet by CNN host Christiane Amanpour.

8. NRA Allows “Slaughter of Our Children” 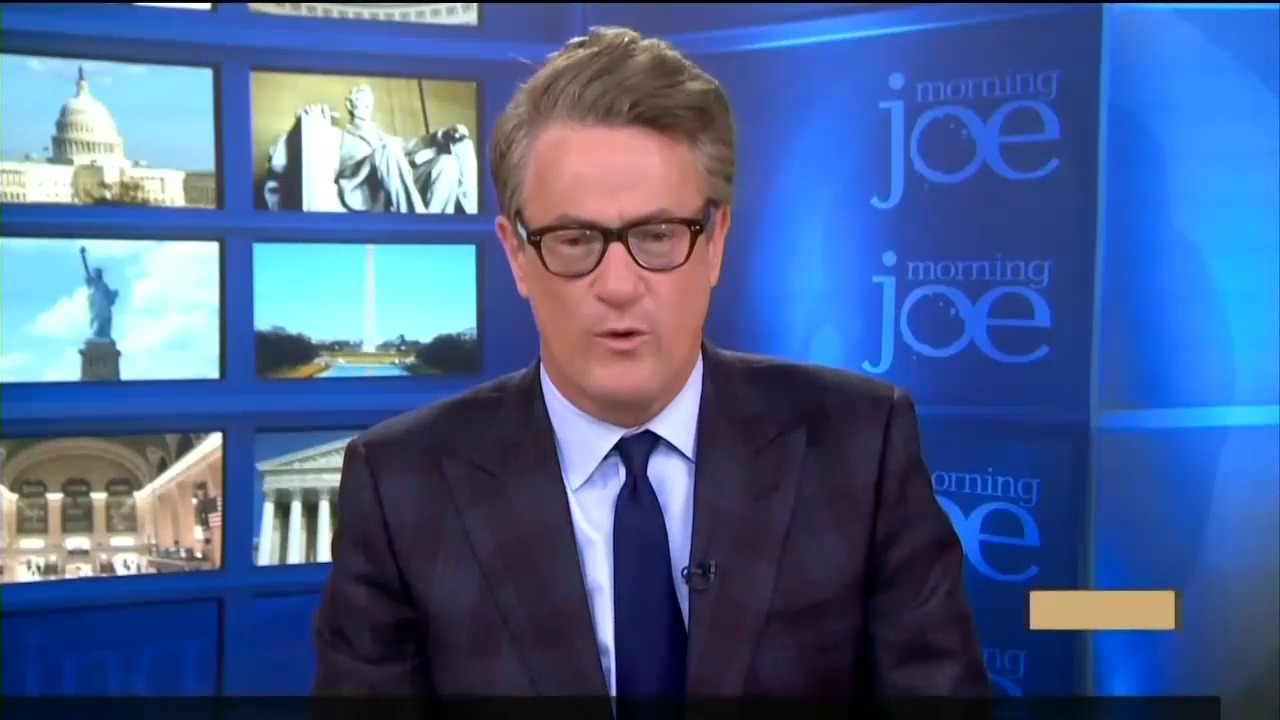 “Maybe you can use NRA campaign cash doled out to Florida politicians to pay those expenses. Set up a memorial fund while you’re at it with the NRA millions that allow the slaughter of our children to continue year after year.”
— February 15 tweet by MSNBC host Joe Scarborough, in response to Florida Attorney General Pam Bondi saying the state of Florida will pay funeral and counseling services in wake of Parkland school shooting.

9. Equating the NRA to Terrorists = “Eloquent”

Marjory Stoneman Douglas High School student Cameron Kasky: “Are you for taking steps to save us or are you for taking NRA blood money? We are not letting the United States be run by that terrorist organization.”...
Anchor David Briggs: “An eloquent young man.”
— CNN’s Early Start, February 20.

“I think that the NRA....has played a net destructive role for people who are trying to solve this problem. There is a sense of fear and terror among people who are in elective office that if they even entertain certain notions, that the NRA is gonna drop a ton of bricks on them. And so we haven’t had the kind of innovation, experimentation, trying of things....So now what’s happening is you have a whole generation of young people who essentially see the NRA as their enemy. To them, the NRA is like the KKK. It’s just some hostile force that is against them, that’s risking their lives....These kids –  they’re not fighting for their future – they’re fighting for their right to survive to have a future. They’re fighting for their right to stay alive. And they do not see the NRA as a friend in that fight.”
— Commentator Van Jones on CNN Newsroom, February 22.

11. CNN Host Seems Okay With NRA Being Branded “Terrorists” and...

CNN Political analyst David Gregory: “For a lot of people, even those who are grieving with these kids and this community when they hear ‘Oh well, you know, the NRA is a terrorist organization.’ You know what? They’re gonna hear that differently.”
CNN host Chris Cuomo: “That was one kid.”
Gregory: “There are a lot of people who don’t believe that.”
CNN host Alisyn Camerota: “I don’t know.”
Cuomo: “That was one upset teenager – ”
Camerota: “Yeah.”
Cuomo: “– who was speaking there. That, that’s relevant as well.”
Camerota: “And I think they are allowed to use those kinds of extreme language.”
Gregory: “It’s not a question of whether they’re allowed, everybody’s allowed to do whatever they want.”
Camerota: “Yes, of course. I mean I think it actually might be effective.”
Cuomo: “That is not gonna be effective. If you demonize people who care about their gun rights, you will get no progress in this country on the issue.”
Camerota: “Well I think that demon – I think that calling out the NRA – which is what these kids are doing – might be effective.”
— CNN New Day, February 20.

Host Alysin Camerota: “Look, I don’t have to tell you guys, they [NRA] that they give millions of dollars to politicians.... They have a very powerful tool. So, I mean, how do you expect politicians, who need money to keep running for office to say no to the NRA?”
Marjory Stoneman Douglas High School student Emma Gonzalez: “Because we keep telling them that if they accept this blood money, they are against the children. They are against the people who are dying. And that is – that – there’s no other way to put it at this point. You’re either funding the killers or you’re standing with the children. The children who have no money. We don’t have jobs, so we can’t pay for your campaign. We would hope that you have the decent morality to support us at this point.
Marjory Stoneman Douglas High School student David Hogg: “And not take money from people that want to keep lessening gun legislation and making it even easier for these horrifying people to get guns, because if you can't get elected without taking money from child murderers, why are you running?”
Camerota: “Hey, guys, are you going to be able to go back to school this week or next week? Are you going to go back into the building where this happened?”
— CNN New Day, February 19.

“Tell your buddies in Congress, tell Paul Ryan and Mitch McConnell and Marco Rubio, all the family men who care so much about their communities, that what we need are laws, real laws, that do everything possible to keep assault rifles out of the hands of people who are going to shoot our kids...Force these allegedly Christian men and women who stuff their pockets with money from the NRA – year after year, after year – to do something now....So I agree this is a mental illness issue, because if you don’t think we need to do something about it, you’re obviously mentally ill!”
— Host Jimmy Kimmel on ABC’s Jimmy Kimmel Live!, February 15.

14. Gun Owners “Willing to Sacrifice Children At the Altar” of Second Amendment Freedom

“It’s so evident that we are in the darkest of dark. I woke up this morning and I looked at the news....The horrific response from a lot of people, I guess in the pocket of the NRA or even just conservatives generally who are so, so protective over this idea of what the Second Amendment is that they are willing to sacrifice children at the altar of their freedom to buy a submachine gun.”
— Actor Andrew Garfield in a February 23 interview with Variety.

15. Scarlet Letter for Those Who Support Constitutional Rights 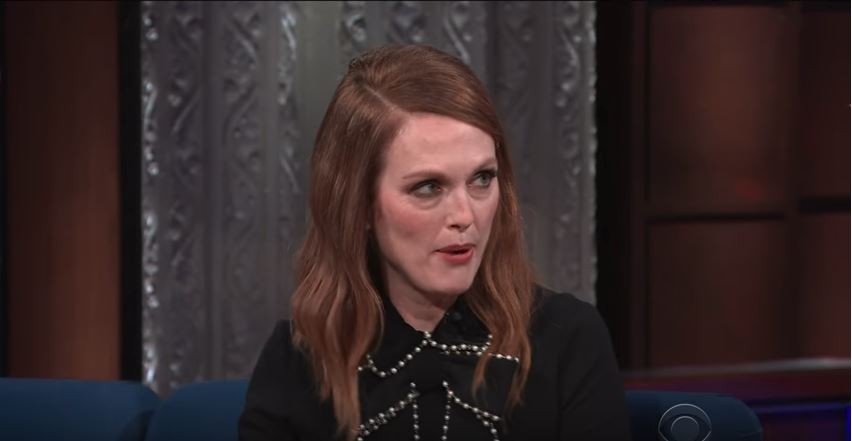 Students will create a “badge of shame” for politicians who take money from the NRA.  #MarchForOurLives @Everytown @MomsDemand @GiffordsCourage
— February 18 Tweet from actress Julianne Moore. 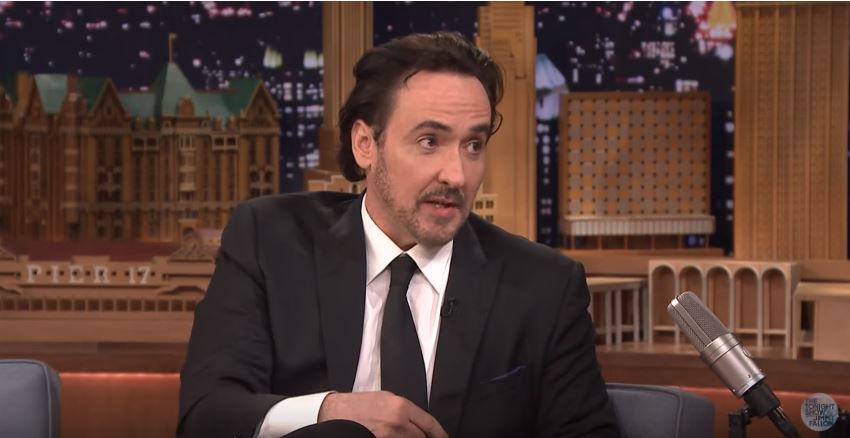 “I hope every one rembers [sic] right now – only issues that matter are defeating GOP death cult at ballots – & removing a treasonous  – criminaly [sic] deranged serial sexual assaulting Nazi pimp nra blood whore from office before he can do more damage – everything else is just noise.”
— February 19 tweet by actor John Cusack.