Charles Pierce: ‘Massacre of Country Music Fans’ is ‘Blood Sacrifice’ to the ‘Constitution’ 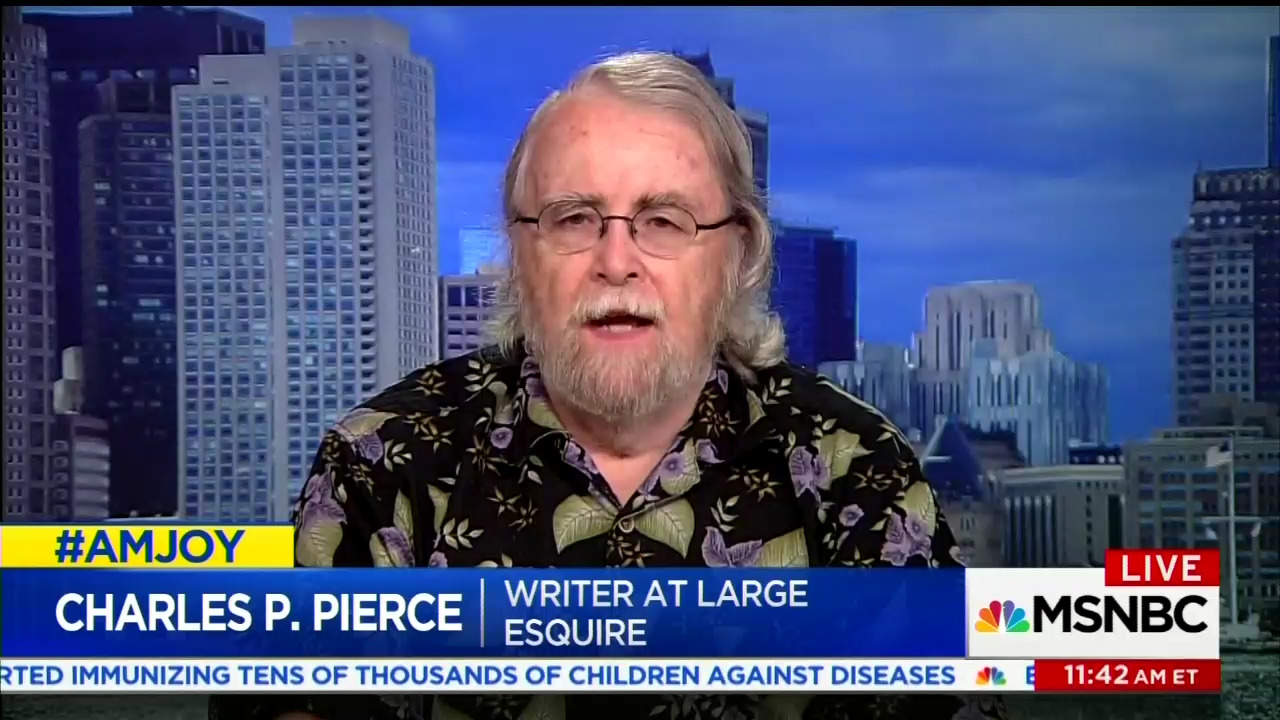 Esquire columnist Charles Pierce immediately politicized the tragic shooting in Las Vegas as he sickeningly exploited the victims to attack the Second Amendment as he raged: “The massacre of country music fans is....the 273rd blood sacrifice to that one provision of the Constitution this year.” The former Boston Globe columnist, on Monday, also disgustingly blamed the massacre on gun owners, Wayne LaPierre, Donald Trump and Christians.

Incidentally, this column was tweeted out by the increasingly vocal and liberal late night host Jimmy Kimmel.

The following excerpts are from Charles Pierce’s October 2 Esquire column: “If Newtown Wasn’t Enough, Why Would Las Vegas Be Enough? Our leaders are afraid to tolerate limits on Second Amendment ‘freedoms.’:

First, Pierce blamed the Second Amendment for the actions of the alleged shooter:

Then Pierce launched into his attack on the Constitution overall and Christians.

“The Constitution is not a pact with the devil, nor is it a suicide pact. It is a formalized, legalistic ritual of blood sacrifice. There are some things that we as a society, alas, must tolerate in order to stay true to our founding beliefs and to remain free. Schoolchildren shot to pieces is one of those things. The massacre of country music fans is another one of those things, the 273rd blood sacrifice to that one provision of the Constitution this year.”
...
“Blood sacrifices are born of the fear of unseen power and invisible threat. Carve up a bull, and Zeus won’t send a thunderbolt up your ass. Cut out someone’s heart, and Tlaloc will make it rain to provide a bountiful harvest. Take your son up on a mountaintop, tie him to an altar, and unsheath your knife, hoping in your heart that Jehovah will step in and stop the whole business. Buy a gun. Buy two. Buy 10, and the monsters and knockout gamers and carjackers from the silent playgrounds will be held at bay. Christians believe that the sacrifice of Christ on Calvary obviated forever the need for further blood sacrifice. However, not even that could obviate or eliminate the entirely secular desire for blood sacrifice within a society perceived to have gone astray. Christians pray to the crucified Christ. Christians also push the plungers that send the poisons into the veins of prisoners. Christians believe that atonement comes through the intercession of Jesus. Christians also believe that atonement comes from smart bombs and predator drones. The fear of unseen power and invisible threat is more than is thought of in your theologies, Horatio.”

“The president* and Wayne LaPierre together created an America of the mind in which blood sacrifice is the highest form of patriotism. They have taken the legitimate right of all people to self-defense and twisted it, for their own purposes, into a demand for ritual atonement on the part of an imaginary universe filled with nothing but bogeymen. For the president*, this helped him attain the office he now holds. For LaPierre, it made the people for whom he was the frontman wealthier than they ever were before.