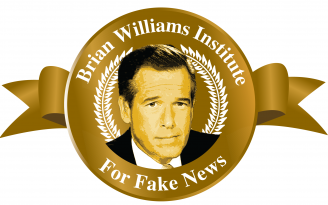 Donald Trump’s administration has been slammed with at least one “fake news” story a day for the last 33 days. That, according to a new list compiled by The Washington Examiner’s Paul Bedard.

In Friday’s edition of his “Washington Secrets” column Bedard reported “President Trump’s claim that he’s been the subject of false and ‘fake news’ stories has been mocked by an eye-rolling media, but a Secrets analysis of Trump coverage reveals that Team Trump have been hit with an average of one false, distorted or denied story a day. Starting on the eve of Inauguration Day, there have been at least 33 often widely reported false stories about the president and his team.”

Bedard goes on to detail the 33 examples of news fakery here, but the following are just a few examples from his February 24 column:

■ Politico reported that a company overseen by Treasury Secretary Steve Mnuchin had foreclosed on a 90-year-old woman for due to a 27-cent payment error. The Competitive Enterprise Institute determined that there was no foreclosure and a different company was involved.

■ CNN reported that Nancy Sinatra was “not happy” Trump’s first inaugural dance to her dad's “My Way.” She reacted, “Why do you lie, CNN?”

■ Several outlets reported that a firing bloodbath was taking place inside the top ranks of State. Most who left were Obama political hires who work at the pleasure of the president.

■ His immigration order was hit for not targeting terror-sponsoring nations where Trump had business interests, denied by the White House. The countries were the same targeted by former President Obama.

■ Crowd size reports of a February anti-Trump protest in London ranged from 300,000 to 2,000. The Hill started at "hundreds of thousands" and the final story update was 7,000.

The MRC’s Research Director Rich Noyes commented: “Ever since Election Day, the so-called ‘news’ media have been huffing and puffing about ‘fake news’ supposedly ruining American democracy. This list shows that false and fabricated information is an epidemic in the snooty liberal newsrooms that would silence those who fail to live up to their ‘standards.’ Instead of throwing rocks at others, the establishment media need to clean up the smelly mess in their own house.”