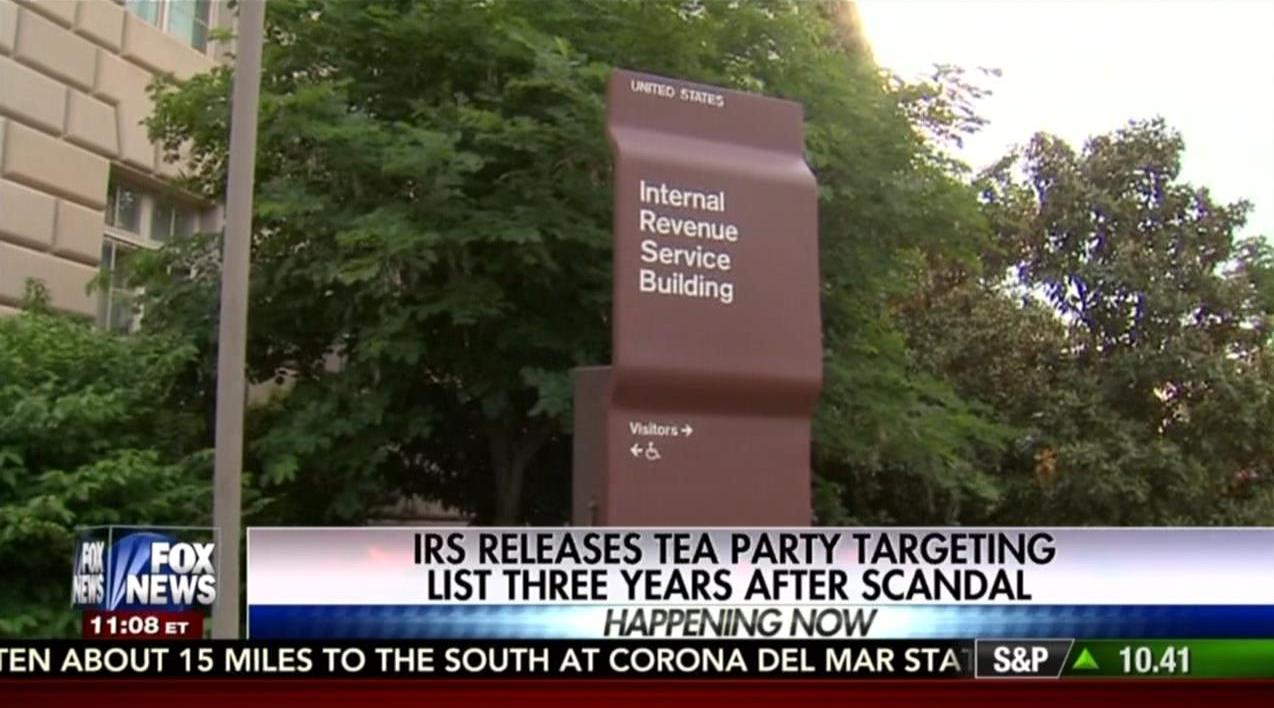 After more than three years of stonewalling the IRS has finally released an almost complete list of organizations that the tax agency scrutinized in the Tea Party targeting scandal, but you wouldn’t know that if you got your news from the Big Three (ABC, CBS, NBC) networks.

In fact, it’s been 587 days since any network reported on the IRS scandal, when CBS This Morning made a mention of it on October 28, 2014. NBC last noted the targeting scandal 614 days ago and it’s been over two-years —  a whopping 760 days — since ABC last mentioned it on the May 8, 2014 Good Morning America.

In a front page story on Monday, The Washington Times’ Stephen Dinan reported that the tax agency “filed the list last month as part of a court case after a series of federal judges, fed up with what they said was the agency’s stonewalling, ordered it to get a move on” and added “The government released names of 426 organizations. Another 40 were not released as part of the list because they had already opted out of being part of the class-action suit. That total is much higher than the 298 groups the IRS inspector general identified back in May 2013, when investigators first revealed the agency had been subjecting applications to long — potentially illegal — delays.”

Since the networks long ago stopped covering the IRS scandal there have been multiple revelations gone unreported, including Barack Obama’s Justice Department ending its investigation without any criminal charges filed for Lois Lerner and the subsequent announcement that the House had begun procedures to impeach IRS Commissioner John Koskinen. Also unreported: the discoveries that Lerner used another personal e-mail account to conduct government business that utilized the alias “Toby Miles” and called Republicans “evil and dishonest.”

On Monday morning FNC’s Melissa Francis and Doug McKelway covered the IRS’s release of their list of targeted groups. The following exchange is from the June 6 edition of FNC’s Happening Now:

MELISSA FRANCIS: New information on the story we’ve been following from the very beginning. The IRS finally coming clean on the list of Tea Party groups it targeted for extra scrutiny. This coming more than the years after the scandal first broke and only after federal judges became fed up with the agency dragging its feet. Doug McKelway is live in Washington with more on this story. Doug?

DOUG MCKELWAY: Hi Melissa. A federal appeals court has succeeded in doing what congressional Republicans have long tried to do, to force the IRS to produce a list of the groups that were unfairly and perhaps illegally targeted for scrutiny. The document production came in response to a class-action lawsuit by NorCal Tea Party patriots but only after a group of frustrated federal judges lost all patience with the stonewalling of the IRS and the Justice Department lawyers representing it. In a March 22 opinion from the sixth circuit of appeals, Judge Raymond Kethledge wrote this. “At every turn the IRS has resisted the plaintiffs request for information regarding the IRS’s treatment of plaintiff class, eventually to the open frustration of the district court.” In its filing, the IRS released a list of 426 organizations that were singled out for extra scrutiny. 60 of the groups use of the word “tea” in their name, 33 had “patriots,” eight use the word “constitution” in their name while 26 others had the word “liberty” in theirs.