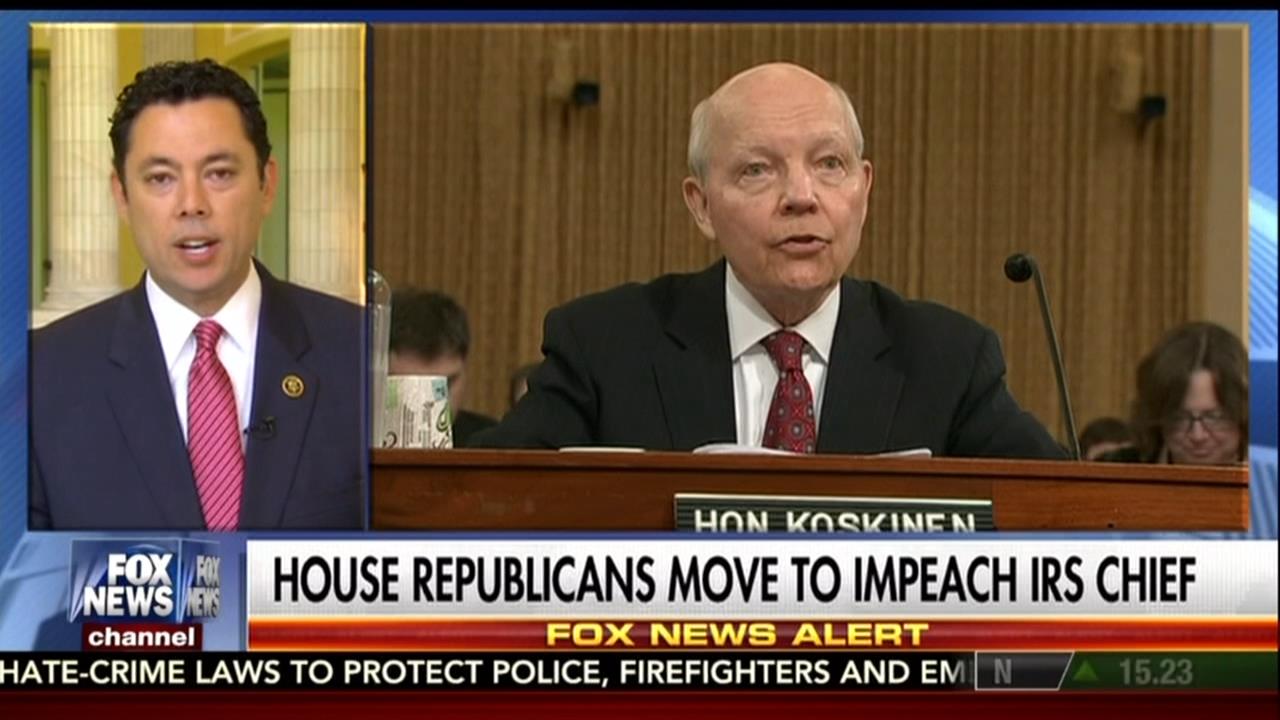 On Tuesday, the House began proceedings to impeach current IRS chief John Koskinen for his role in stonewalling the investigation into the IRS targeting scandal. Impeachment is something that hasn’t been done, according to Fox News’ Bill Hemmer, for a non-president since 1876.

And despite Koskinen arrogantly ducking yesterday’s hearings the Big Three (ABC, CBS, NBC) networks didn’t air a second of this latest development on their evening or morning newscasts.

On the May 25 edition of FNC’s America’s Newsroom, Hemmer invited on House Oversight chair Jason Chaffetz to underline the significance of yesterday’s hearings:

BILL HEMMER: House Republicans take the first step toward impeaching the head of the IRS. House Oversight Chair Jason Chaffetz testifying and saying there is reason to feel confident under the leadership of John Koskinen. A bit earlier today I spoke with Congressman Chaffetz about all that. You want him impeached, based on what charge?

REP. JASON CHAFFETZ: Well he provided false testimony to Congress, he misled Congress. And he had documents in their possession at the IRS, that were under subpoena, there were two subpoenas in place. And they failed to protect those, preserve those and provide those to the United States Congress. When you get a subpoena, it is not optional. And imagine if the IRS sent you a summons or sent you a subpoena and you didn’t provide it, you would go to jail.

HEMMER: Well I think I would be there if they were asking for my presence. This hasn’t happened though, for someone other than president going back to 1876. That’s a really high bar.

CHAFFETZ: One-hundred-and-forty years. Yeah think of it as the Tin Man in the Wizard of Oz. You know we gotta put a little oil in those joints. But once we get him going. Impeachment was a tool that was given to us by the Founders. Advice and Consent was a co-equal voice for the Senate to confirm people into the highest echelons of our government. But there was a safety valve in case the person wasn’t working out and wasn’t serving the best interests of the United States of America. It’s called impeachment. And even though we haven’t done it in a long time, that’s the way Congress stands up for itself.