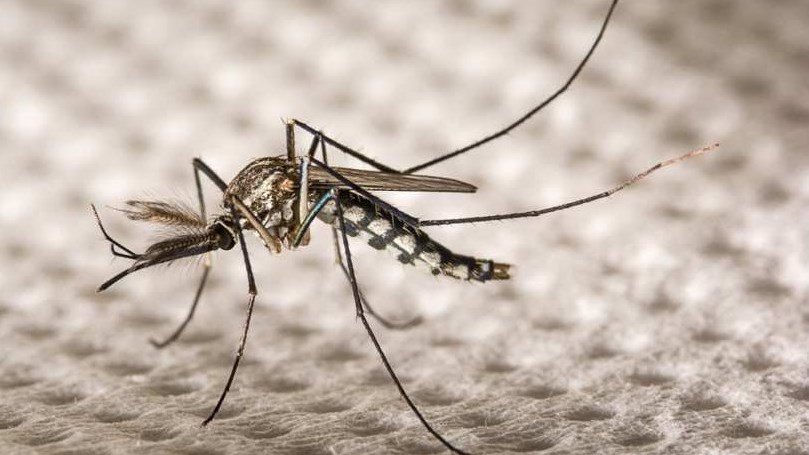 Last week, 17-year old Sara Mujica of Connecticut found out she contracted the Zika virus that has been raging across South and Central America. The decision by Sara and her Honduran fiancé to keep their child despite the link between the Zika virus and an unborn child's potential contraction of the disability microcephaly has led to widespread media coverage.

Two publications that landed personal interviews with Sara are People and The Associated Press, with the AP article being republished by leading outlets like The Washington Times and CBS News. Both outlets highlighted the link between maternal contraction of Zika and microcephaly, but they failed to inform readers that the vast majority of children born to women with the virus do not contract the disorder microcephaly.

What is microcephaly, and why is it such a big deal for mothers?

Found in children whose mothers have contracted the Zika virus, microcephaly is a disorder that can cause minor to major disabilities in children, such as seizures, small head sizes, and developmental disabilities, according to the Centers for Disease Control (CDC).

More than 1,000 women in the United States (including Puerto Rico) have contracted Zika, as have thousands of women in other countries. The virus's spread has been a major health concern for governments and the United Nations -- and it has been used as an excuse by abortion advocates to push their agenda in affected nations and at the UN.

Wendy Wright of the Center for Family and Human Rights explained in an e-mail that the abortion push has been effective. According to Wright, the World Health Organization "will 'convene a regional meeting' with individuals and groups implementing and financing contraception services, " something Wright explained means the international
group "will support abortion in cases of Zika where it is legal."

"Put all together, this appears that WHO will work with and fund groups that promote abortion," concluded Wright.

In its article, The Associated Press inaccurately described both what microcephaly is and its risk in unborn children whose mothers have contracted Zika. (Emphases added):

Mosquito-borne Zika has become epidemic in Latin America and the Caribbean. It can cause
microcephaly, a severe birth defect in which babies are born with abnormally small heads and brain damage. Researchers don’t yet know the rate at which infected women have babies with birth defects.

According to the CDC, microcephaly varies in its severity -- it is not always "a severe birth defect." To quote the CDC, with emphasis added:

These problems can range from mild to severe and are often lifelong.

This is the first of at least three references made by the CDC about the diversity in microcephaly diagnoses at the link above.

With regards to the risks of Zika to an unborn child, a CDC report published in The New England Journal of Medicine concluded the odds of contracting microcephaly are low. While acknowledging that both studies had their flaws, the CDC said a study based in Brazil found fewer than one-third of children whose mothers contract Zika end up with microcephaly. The other study, done in the French Polynesia, found that 1% of the fetuses and neonates who were born to mothers who had been infected with Zika virus in the first trimester had microcephaly."

Additionally, the CDC's researchers stated that the provable link between Zika and microcephaly was found only in the first trimester.

Donna Harrison, the Executive Director of the American Association of Pro-Life Obstetricians and Gynocologists (AAPLOG), explained the details to me earlier this month:

To summarize: The Associated Press inaccurately represented what microcephaly is and failed to inform readers of recent research showing the relatively low risks of microcephaly contraction among children of women with Zika. Contrary to the AP’s reporting, Sara Mujica’s child has a very low risk of having microcephaly at all.

People magazine was not much better

In its article, People magazine used a disease specialist to engage in scare tactics about the risks and dangers of Zika to an unborn child. However, its article never informed readers that the level of risk of microcephaly to unborn children is relatively small.

While the Zika virus has been linked to birth defects, medical professionals cannot know for certain how the baby will be affected until it is born..... The U.S. Centers for Disease Control and Prevention recommend pregnant women who test positive for Zika undergo frequent ultrasounds to monitor their babies’ development.

"The current recommendations would be for Sara to confer with her obstetrician and get periodic ultrasounds to find whether the development of the head is continuing on an appropriate basis," Dr. William Schaffner, an infectious diseases specialist at Vanderbilt University medical center, tells PEOPLE.  "But we know that ultrasounds, although helpful, are also not perfect. In the best of hands the ultrasounds may not detect the microcephaly."

According to health officials, microcephaly is just one of many health risks the baby could face.

“Microcephaly as we get more and more information is a dramatic and tragic aspect but it's not the only kind of fetal damage that could occur such as hearing and visual problems," Dr. Schaffner continues. “All that is still under investigation as more women deliver babies."

An average reader would get the impression from PEOPLE's reporting that unborn children whose mothers have Zika face a lifetime of difficulties, when in fact the CDC has shown the ratio of children who get microcephaly from an infected mother is quite small.

Both People and AP highlighted the emotional reaction from Mujica and her mother, and noted
Mujica’s expectation of a difficult life for her and her child. While readers often connect to raw emotions -- and both AP and People effectively draw out the highs and lows of such from Mujica -- neither outlet balanced the expectations of difficulties with the facts from the CDC.

Pregnant mothers could rationally therefore conclude that their unborn children would be at great risk for tremendously difficult life circumstances.

Additional bias was shown by both outlets on how Mujica’s Catholic faith played a role in her decision to keep her child. Her mentions of faith were not balanced with the aforementioned data from the CDC – which could lead readers to conclude that keeping a child for reasons of faith is to consign the child to a life of suffering and pain.

The public, especially pregnant mothers, relies on the government and the press to provide accurate information on the Zika virus and its link to child disabilities. Both the AP and People emphasized the dangers and difficulties of Zika and microcephaly, but neither disclosed the CDC's new study showing a small link between Zika contraction and microcephaly.

Likewise, neither disclosed that a baby is at risk for contraction of mircocephaly for far less than one half of its time in utero.

Harrison summed it up: