Facebook claims it was besieged by a glitch that unintentionally marked posts as spam, fueling outrage that Facebook is allegedly engaging in politically based censorship. The incident follows several high-profile problems highlighted by site critics, especially on the right.

New York Post reporter Salena Zito said that Facebook was marking her story about Trump supporters as spam when she tried to share the link. Facebook responded to Zito by saying Facebook was afflicted by a bug that mistakenly marked posts as spam. 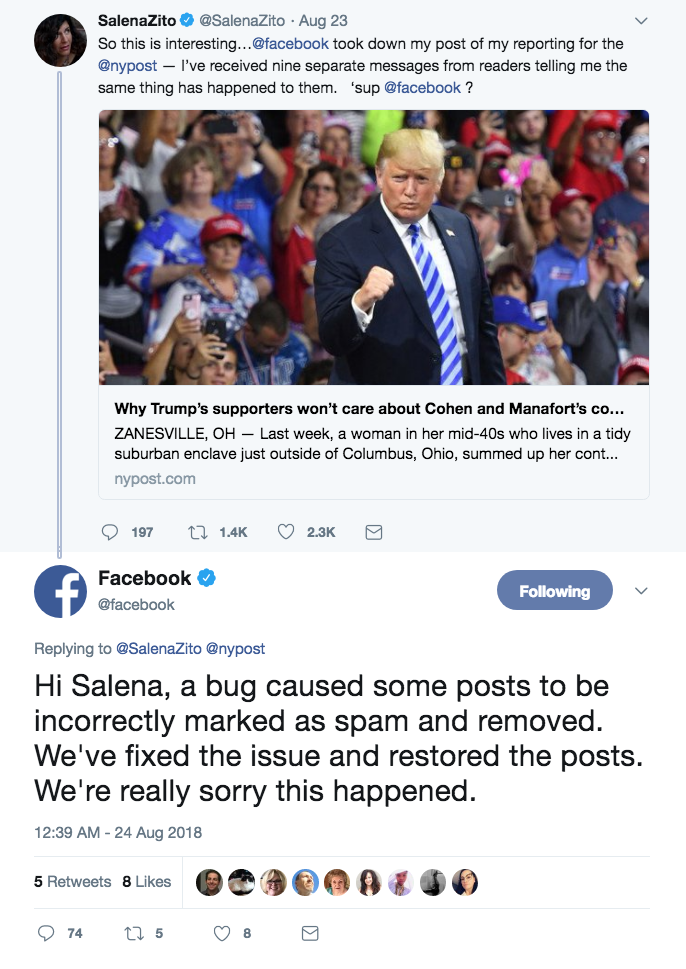 Hours later, Facebook followed up in another tweet by repeating there was an ongoing issue with posts being “incorrectly marked as spam.” Facebook apologized, saying the site was “very sorry” the incident happened. 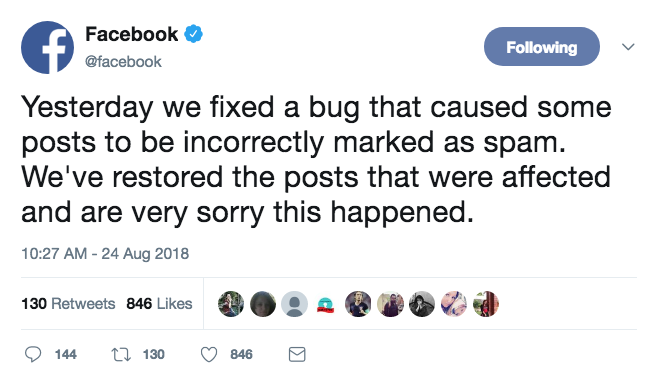 The Drudge Report shared a link to PJMedia, which ran the headline, “Facebook Censors Articles from Conservative Outlets About Manafort, Cohen.”

Although the story got covered extensively in conservative outlets, Zito was not the only person affected by Facebook’s error. AltNews cofounder Pratik Sinha pointed out other examples of posts marked as spam, shared by users on Twitter.

While the Facebook glitch impacted people irrespective of political ideology, it comes days after multiple problems for Facebook. The firm apologized to PragerU for mistakenly claiming the site’s content violates the site’s guidelines on “hate speech.” Facebook said it was “very sorry” and that the site was continuing to look into the matter. Another commentator, Activist Mommy, was reportedly temporarily suspended for violating Facebook’s hate speech guidelines before the decision was reversed.

This is not the first reported Facebook glitch. In 2015, a bug deleted “posts by millions of users.” More recently, a bug caused users to be prompted to gauge whether every post they encountered contained hate speech.