Tipped Off? Clinton Campaign Knew In Advance Stories Would Be ‘Positive’

Editor’s Note: Some readers may be offended by language in this story.

The game of politics is a lot easier when you know the results ahead of time. The Clinton campaign has experience at that — predicting in advance whether at least eight separate stories from top news organizations were “positive.” Clinton staff were correct each time. 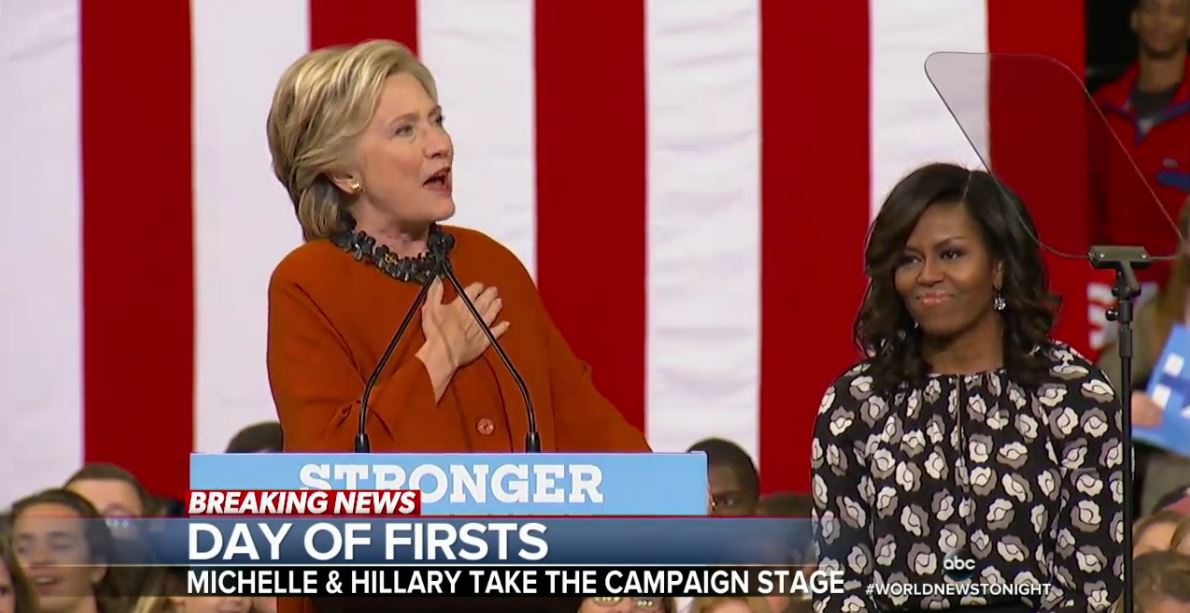 News outlets like CNN, The New York Times and The National Journal/Atlantic lived up to expectations — even though the pieces were produced hours or even days later than the predictions. The seemingly psychic Clinton staffers were rewarded with stories glorifying their candidate, connecting her to “FDR’s liberal warrior legacy,” wrapping the “cloak of FDR’s legacy around her own shoulders,” and creating “a message guaranteed to appeal to the party's progressive wing.”

As part of the “June 2nd [2015] Nightly Press Traffic Summary,” Clinton staffer Jesse Lehrich expected two upcoming stories would be “positive.” Lehrich, who handled rapid response, is now Foreign Policy Spokesperson for Clinton. He gained brief stardom for Tweeting to Donald Trump “go fuck yourself” during a presidential debate. This all comes as a result from recent Wikileaks revelations.

“National Journal (Emily Schultheis) is doing a positive story for tomorrow or Thursday on Hillary Clinton's outreach to the African-American community — story will include quotes from Clay Middleton and Maya Harris,” he wrote. He was 100-percent right. Schultheis delivered more than 1,100 words about how Team Clinton would “coax” African-American voters “to the polls by honing specific messages about policies relevant to the black community.” Both Middleton and Harris were quoted as predicted.

Lehrich also anticipated much the same from a Reuters story, writing, “Reuters (Sarah McBride) is writing what should be a positive story on our campaign's efforts to attract the backing of young tech entrepreneurs.” That’s precisely what Team Clinton got: a story headlined, “Clinton campaign snares Box CEO in courting young tech millionaires.”

Just three days later, Clinton staffer Ian Sams made similar predictions in the “Nightly Press Traffic Summary.” This time is was an easier prognostication — an article in liberal Vox.

“Jon Allen (Vox) is writing a long piece about connections between Hillary Clinton and FDR that should paint her in a very good light,” he anticipated. The result? What Allen called “Hillary Clinton's FDR moment,” an article that oozed pro-Clinton prose. “If Clinton breaks the glass ceiling of the presidency, she'll be standing on the shoulders of two Roosevelts, Franklin and Eleanor,” stated Allen.

On June 9, senior policy adviser Ann O'Leary anticipated a Politico story which “sounds like it will be a positive story.” The email included part of an earlier exchange involving press secretary Brian Fallon and his description of reporter Glenn Thrush’s story pitch which was almost heroic in tone.

“>> Glenn Thrush is doing a deep-dive story for late Thursday or Friday on
>> HRC’s economic policy development activities. The story is premised on the
>> notion that she is a true wonk who likes to dive deep into policy, gorging
>> on briefing memos and attending meetings with experts and always asking
>> lots of questions. She has been engaged in thinking through her platform
>> for the last several months, with an eye on using the summer to roll out a
>> bunch of proposals in key areas of economic policy. These rollouts will go
>> beyond box-checking exercises of putting her on the record on issues of
>> interest to primary voters, but rather will comprise the raison d’etre of
>> her campaign. These policy announcements have the potential to go beyond
>> motivating the base, and speak to a general election audience. Thrush views
>> her ability to stake out suitably bold positions on these issues—and most
>> importantly, to project how deeply in her bones she cares about confronting
>> these issues—as the key to HRC’s electoral success. And, if she wins, this
>> agenda could usher in a Roosevelt-ian moment (here, he will note the fact
>> of the launch taking place in Four Freedoms Park) where the Democratic
>> party uplifts a generation of middle-class Americans into prosperity in a
>> way that Obama, whose job was to stop a recession and whose energies were
>> sapped by other distractions, never could.”

Thrush’s story wasn’t quite so epic, but it didn’t disappoint, as he wrote about her announcement on Roosevelt Island. “It’s here she’s hoping to start a wave of her own, a movement that connects her to FDR’s liberal warrior legacy and heralds her intention to become the country’s first woman president.” Yes, Thrush raised the “significant challenge” for enthusiasm, but the story was overall positive.

WikiLeaks has been rough on Thrush, with one email admitting he called himself a “hack” communicating to Podesta. In that same email, he revealed part of his story ahead of time and asked for Podesta’s help: “Please don’t share or tell anyone I did this … Tell me if I fucked up anything.” And Daily Caller has found another example of Thrush’s sharing stories before publication.

The Clinton clairvoyance didn’t stop with Thrush. Here are a few other examples of simple prediction: