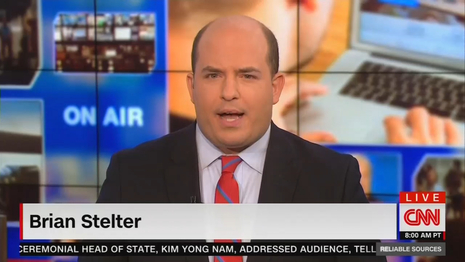 Stelter confirmed the news Thursday to NPR media reporter and fellow lefty David Folkenflik, saying he was proud of his work that showcased “the media, truth and the stories that shape our world.”

According to Folkenflik, the decision to move on from Stelter came down late Wednesday from new CNN boss Chris Licht, who’s promised to make changes to the network (see here, here, here, and here) following years of sagging ratings and exponential levels of partisanship under former puppetmaster Jeff Zucker.

Concerning Reliable Sources, Stelter added to Folkenflik that “[i]t was a rare privilege to lead a weekly show focused on the press at a time when it has never been more consequential.”

CNN executive Amy Entelis also provided a statement to Folkenflik in which she said Stelter “departs CNN an impeccable broadcaster” and that they were “proud of what Brian and his team accomplished over the years, and we're confident their impact and influence will long outlive the show.”

If that would include the rumble that is CNN’s reputation after years of mendacious punditry disguised as objective analysis and reporting (as well as a broader decimation of the media’s credibility writ large), then Stelter certainly had an impact.

Despite having retained its tone and tenor under Zucker of liberal sycophancy and venom for conservatives, Stelter’s ouster marks yet another personnel change under Licht and Discovery boss David Zaslav. 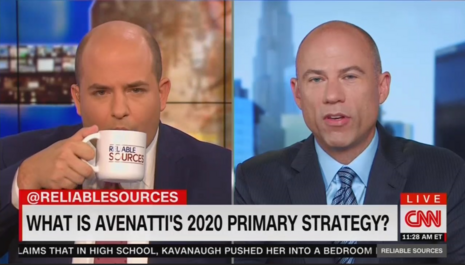 Stelter’s former colleague Dylan Byers had more at Puck News on how it went down:

On Wednesday afternoon, I got a text from a reliable source that Brian Stelter, the host of CNN’s Reliable Sources and the lead author of its late-night newsletter of the same name, had been summoned to C.E.O. Chris Licht’s office. Apparently, Stelter emerged from the meeting looking ashen and refused to talk about the conversation with anyone. His co-author, Oliver Darcy, wrote Wednesday evening’s newsletter by himself. This morning, I confirmed that Stelter will be leaving CNN. His last episode of Reliable Sources will be this Sunday.

Stelter’s departure is both totally unsurprising and yet completely and utterly stunning.

As Byers and Folkenflik noted, Stelter has been a major media player for over a decade despite being only 36 years old. A native of Damascus, Maryland, Stelter got his start writing about the news business and journalism happenings while a Towson University student by launching TVNewser.

Stelter then moved to The New York Times where he worked for the late David Carr before assuming the role of lead media reporter.

Independent journalist Yashar Ali also had the story, which went live just before 1:30 p.m. Eastern. In a two-sentence piece, Ali said that Stelter was “set to leave CNN.”

Stay tuned to NewsBusters for more on this breaking story.