All Aboard the Crazy Train! CNN and MSNBC Guest: Trump Is WORSE Than Hitler!

When the left shows us who they are, believe them. On Monday, that mantra came in handy when CNN and MSNBC guest and psychologist Dr. Bandy Lee tweeted that President Donald Trump was worse than Adolf Hitler in not one facet, but a whole slew of ways.

Her reasoning? Compared to Trump, Lee said Hitler possessed “competence” and “at least...improved the daily life of his followers, had discipline, and required more of himself to gain the respect of his followers.”

Using the left’s own logic of silence was complicity, one has to wonder whether CNN and MSNBC agree with this behavior. Then again, she edited a book called The Dangerous Case of Donald Trump: 27 Psychiatrists and Mental Health Experts Assess a President and neither network had a problem with that.

In a thread, below that, she added that she saw “this message has upset people, but it is comment not on better or worse but competence,” so people should “try to read [it] dispassionately.”

Lee continued with a third tweet, calling it a “positive or negative” that Hitler and Trump were not unique: “For one, [Trump’s] faults are there for all to see. It may have driven some to laxness, believing someone so comical could not do much harm. However, the opposite is true; low competence can translate to greater dangerousness.”

Our friend Becket Adams from the Washington Examiner flagged down some of her replies in which she compared “Donald Trump’s death toll” from the coronavirus as equal to “Hitler’s at the same time period” since the start of the Holocaust.

In taking down the tweets, she didn’t exactly stop making things any better with not one but two threads: 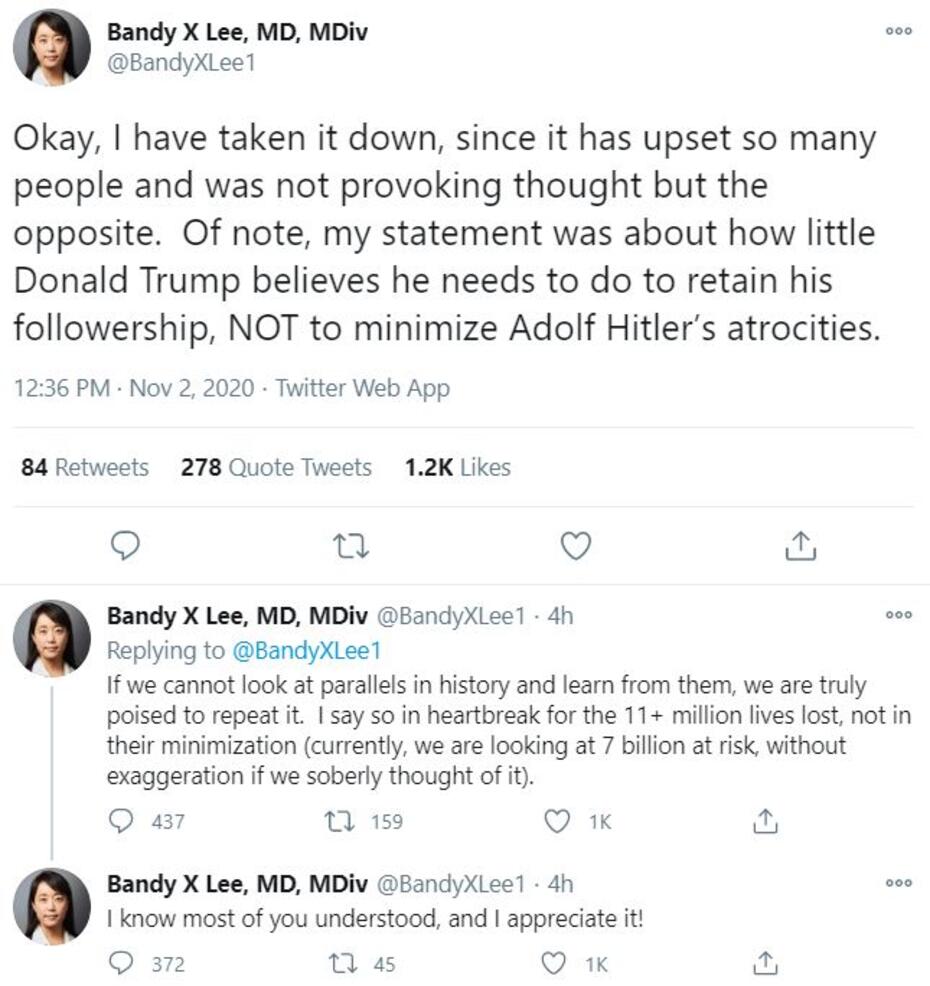 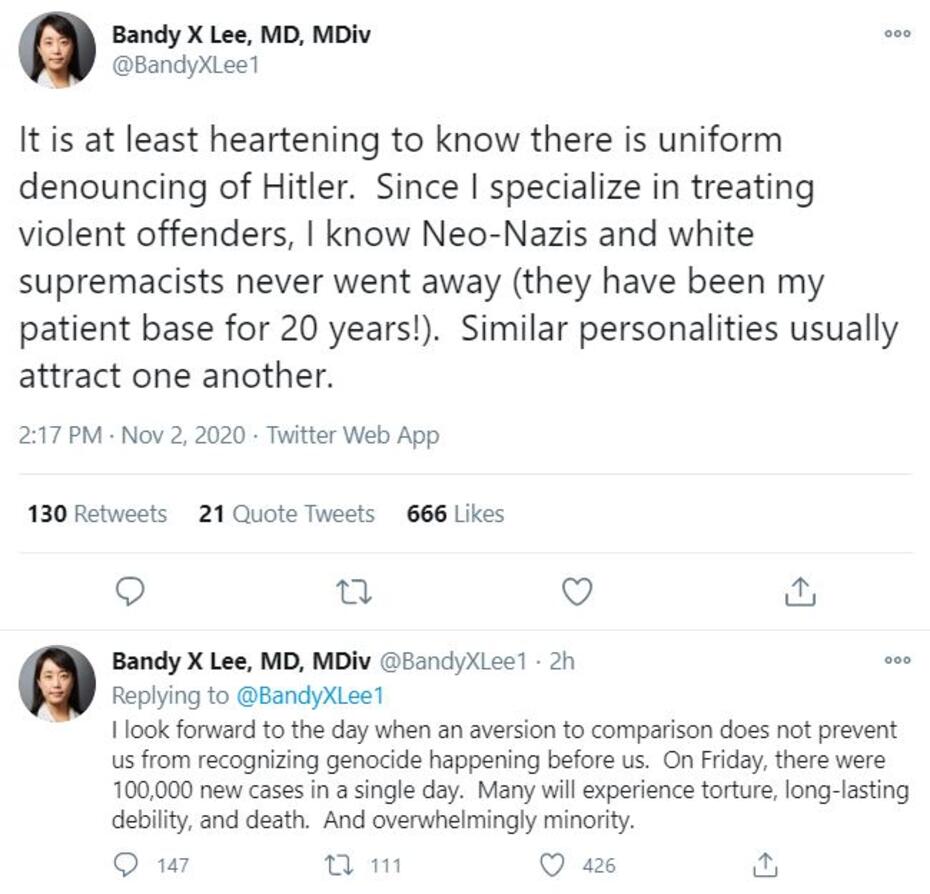 Showing that being called out was upsetting to her, Lee tweeted about how she had “blocked a lot of Trump supporters, as tension is running high” for both “their own sake and, also, to allow for thoughtful discussion here.”

On the subject of “thoughtful discussion,” that didn’t exempt Lee from claiming in December 2017 that “we must act soon” against the supposedly mentally-ill President or risk him “likely becom[ing] violent.”

As we all remember, Stelter claimed he gladly took Dr. Allen Frances’s answer without pushback due to “tech difficulties.”