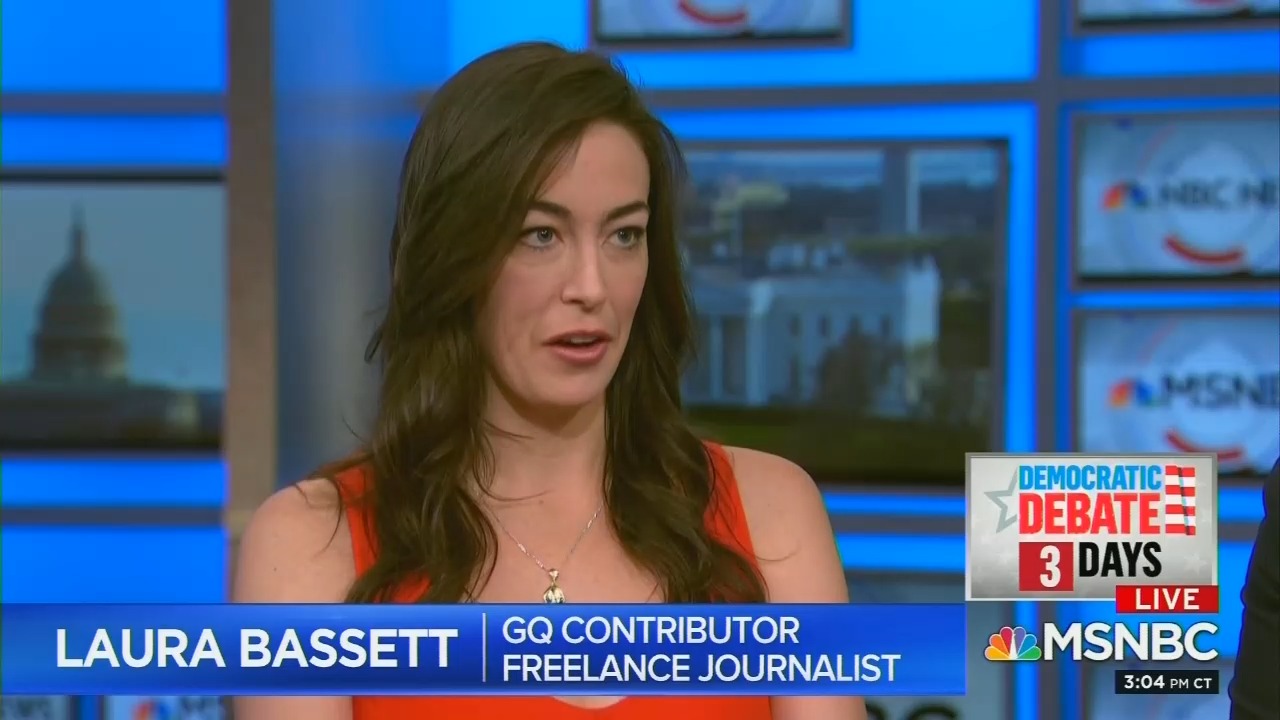 In a Friday night column for GQ, former Huffington Post reporter Laura Bassett revealed that MSNBC’s Hardball host Chris Matthews was the cable news host she referenced in an October 2017 item alleging repeated inappropriate and sexually suggestive comments. She argued that, based on his “downright irresponsible” behavior that’s been an “open secret,” Matthews is “unfit for his job.”

Readers may recall that Matthews found himself in the news late December 2017 when our friend Amber Athey reported about him as having had a track record of sexual harassment toward female colleagues and guests, including one woman being given “a separation-related payment.”

Unfortunately, the liberal media showed little to no interest in making this story go mainstream. But between Matthews’s hostility toward socialist 2020 Democratic front-runner Bernie Sanders and expressing skepticism late Tuesday about an allegation that Mike Bloomberg told a female employee to get an abortion, the liberal media have decided to finally listen. Imagine that.

Bassett didn’t address her own stories with Matthews until paragraph ten. But prior to that, she began with the Bloomberg claim since Matthews discussed it in a post-debate spin room interview with Senator Elizabeth Warren (D-MA) since Warren had brought it up during the debate against Bloomberg.

In Bassett’s view, she saw sexism and lack of respect for believing women in Matthews’s skepticism.

After providing examples of creepy on-air moments from Matthews (including that moment with Erin Burnett but not this one with Barbara Boxer), she pivoted to how she has her “own” stories about Matthews and revealed that he was the unidentified personality from her 2017 piece (click “expand”):

Then there is the open secret of Matthews’s everyday behavior off camera with guests, which often creeps up to the line of sexual harassment without actually crossing it, so that women can never feel that it’s worth jeopardizing their own careers to complain. Many women in politics or media who have interacted with the bombastic host have some kind of story about him making them feel uncomfortable on the job. I have my own.

In 2017, I wrote a personal essay about a much older, married cable-news host who inappropriately flirted with me in the makeup room a few times before we went live on his show, making me noticeably uncomfortable on air. I was afraid to name him at the time for fear of retaliation from the network; I’m not anymore. It was Chris Matthews. In 2016, right before I had to go on his show and talk about sexual-assault allegations against Donald Trump, Matthews looked over at me in the makeup chair next to him and said, “Why haven’t I fallen in love with you yet?”

When I laughed nervously and said nothing, he followed up to the makeup artist. “Keep putting makeup on her, I’ll fall in love with her.”

Bassett’s other anecdote consisted of Matthews admiring her in a red dress and wondered if she were “going out” after the show. When she said she wasn’t sure, he told “the makeup artist” to “[m]ake sure you wipe this off her face after the show. We don’t make her up so some guy at a bar can look at her like this.”

“I’m pretty sure that behavior doesn’t rise to the level of illegal sexual harassment. But it undermined my ability to do my job well. And after I published a story about it, even though I didn’t name him, dozens of people reached out to say they knew exactly who it was. Many had similar stories,” she added.

Along with another woman’s story that Bassett told, she asked MSNBC for comment. Predictably, they “had not responded.”

Bassett concluded that, among her many takeaways, Matthews “seems constitutionally incapable of probing these hyper-relevant topics with anything approaching intellectual curiosity or open-mindedness” and “unfit for his job.” Oof. It should be noted that this description would be apt for any one of Matthews’s fellow liberal hosts.

In fact, Matthews’s whole modus operandi seems to be inviting smart women onto his show, flirting with them or otherwise making them uncomfortable before or while the camera rolls, asking them a question on air and then immediately interrupting them to tell them why they’re wrong. He repeated this playbook with Warren this week. The fact that this kind of behavior has not lost him his primetime cable-news show in the year 2020….speaks to how far the #MeToo movement still has to go to change the standards for what kind of attitudes toward women in the workplace are acceptable and even rewarded.

Beyond the question of Matthews’s employment, there is the decision of keeping a man with this flagrant bias as the anchor of a major cable-news evening show. His position affords him the ability to affect public opinion, both sweeping away documented behavior of male presidential candidates and casting doubt on corroborated women’s accusations against those men. Having a news anchor who calls women “she-devil” and treats their assessments with infantilizing suspicion while conducting post-debate interviews builds in a major disadvantage for female candidates. And that’s downright irresponsible.