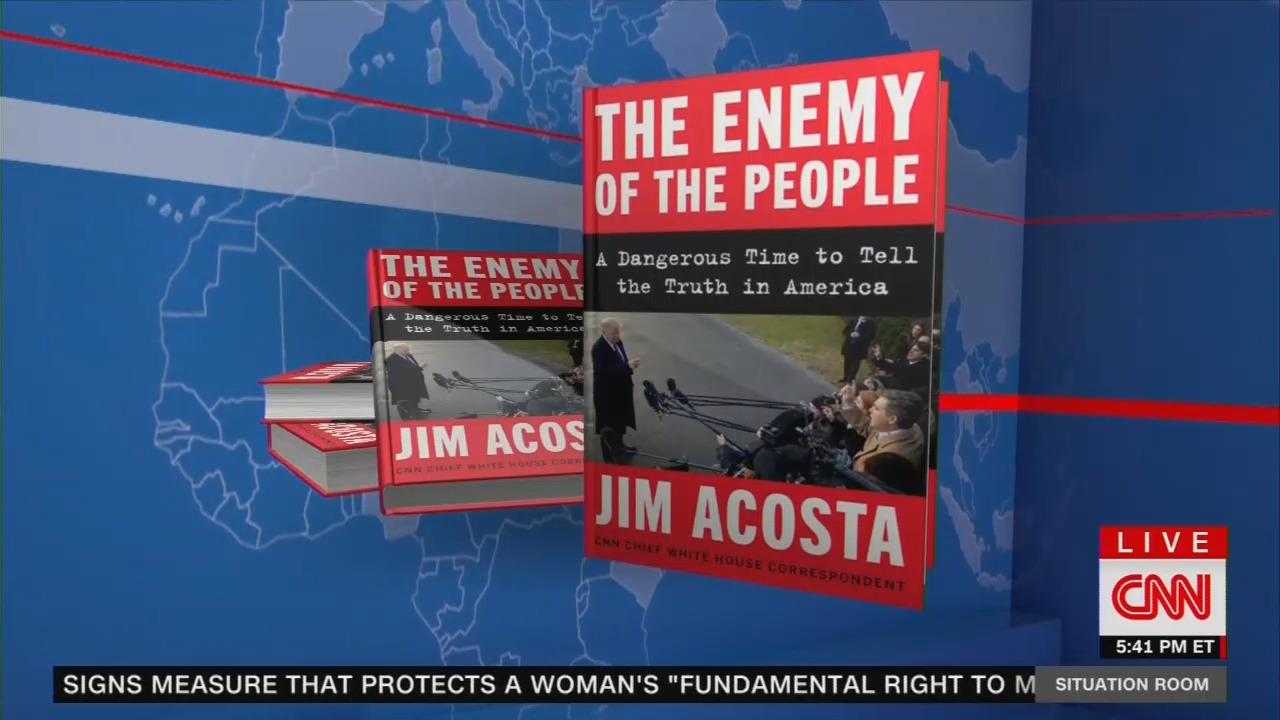 Following up on Friday’s item showing the best (or worst, depending on your word choice) quotes from narcissistic Looney Tune Jim Acosta’s book The Enemy of the People, NewsBusters decided it was worth sharing two specific anecdotes that could stand on their own with one pertaining to the press corps in 2016 and the other about Fox News Channel’s John Roberts.

On pages 14 and 15 in his 354-page screed, Acosta dithered away for seven paragraphs about how he was incensed that, on the eve of the 2016 election, then-candidate Donald Trump “refused the time-honored tradition for a presidential candidate of posing in front of the plane for a photo with journalists covering his or here campaign.”

Acosta wrote that it became clear that, “in the final days of the campaign” based on Trump’s crowd sizes, he “didn’t need the press” and so not taking a picture with reporters “after his final rally in Grand Rapids made that all too clear.” Oh, the humanity!

He noted that now-First Lady press secretary Stephanie Grisham “told us he was unavailable” and then “[d]isappointed, we schlepped onto the press plane” even though “it was hardly surprising” since “Trump simply could not stand us.” Of course, the feelings were mutual based on their coverage of Trump.

As a journeyman correspondent, I had already covered three presidential campaigns before “the Donald” came along. My first Election Eve picture with a candidate was in 2004, with John Kerry, who lost. I’ll never forget that day. Unlike Trump, who rode on his own private plane (dubbed Trump Force One by the press), separate from the press plane, Kerry and the media all traveled on the same charter jet. (That’s the campaign norm, one of many that Trump was happy to break.) And on Election Day 2004, Kerry walked to the press cabin and handed out red fleece jackets. Emblazoned on each were the words “Kerry Edward Press Corps.” (One small problem with the jackets: “Kerry Edwards” was written in a bright white stitching. The words “Press Corps” were barely visible in a dark blue—so dark that at a gas station on the way home after Kerry lost, a motorist looked at my new fleece and said, “Sorry you lost.” He couldn’t make out from the jacket that I was with the press.)

So facing that rejection and no jacket from the Trump team, Acosta lamented how he “felt bad for the younger campaign reporters” who were going to be robbed of “that picture,” but alas, Jim came to the rescue.

CNN’s Captain America then called an audible: “At 3:30 a.m. on Election Day...I shouted at everybody to assemble in front of the plane. We were going to have our goddamned picture.” And so they had their photo with a “cardboard cut out of Trump...propped...up in the middle of us.”

If that’s not the thought process of an egomaniac, it’s tough to say what is.

Much later in the book on pages 242 and 243, Acosta was in the midst of describing the President’s July 2018 trip to Chequers (before his ill-fated Helsinki summit) when he tussled with Trump, informing him that “we’re a real network too” (as opposed to “fake news”). 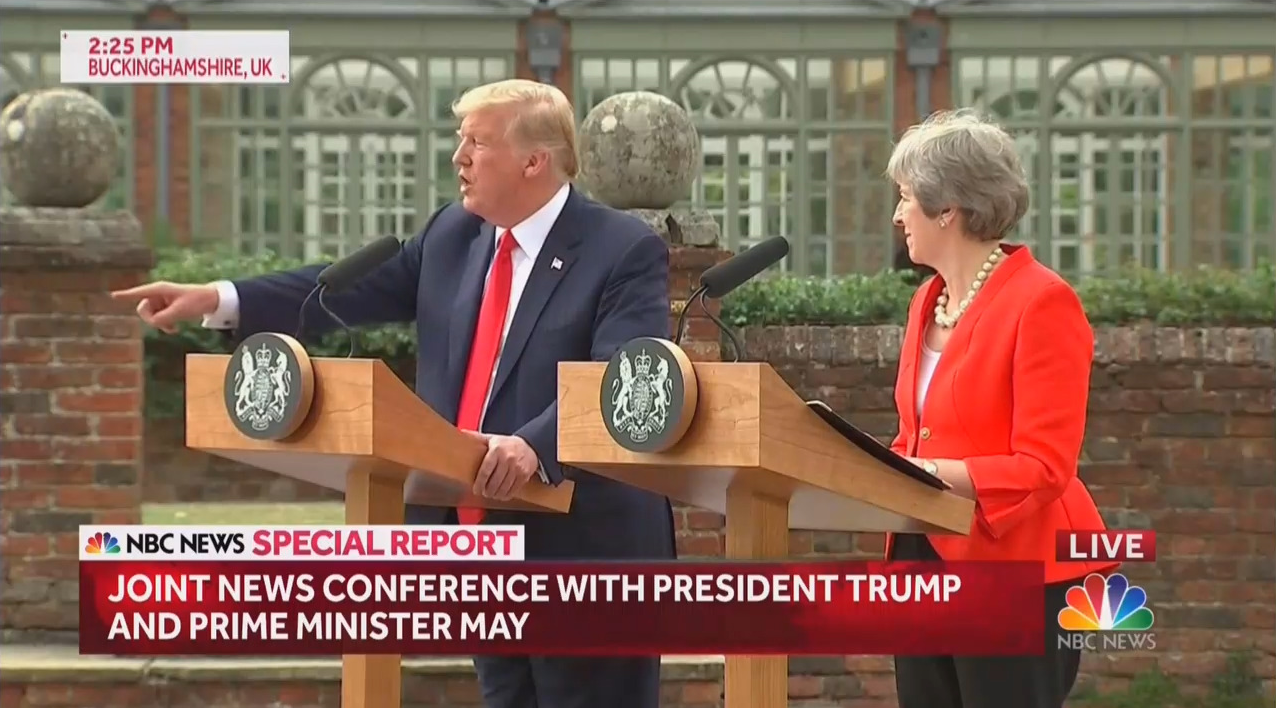 NBC’s Kristen Welker also spared with Trump, who instead heaped praise on Roberts as working for “a real network.” Following the presser, Roberts released a statement because, in Acosta’s words, “he came under attack for not having defended NBC and CNN” when some in the press backed in Fox during the Obama years.

Roberts’s statement praised Welker, but not Acosta, so the CNN carnival barker wrote that he had “lost a friend” in Roberts because of the ordeal.

Acosta charted their shared history together at CNN as well as CBS (in which Acosta stated his dismay with Roberts not ever having been named CBS Evening News anchor) and how Acosta’s father would see Roberts at the Great Falls, Virginia Safeway he had worked at for many years.

Here’s a few other passages from this sad tale (click “expand”):

It was hard to miss the underlying message in his remarks: he was willing to defend Kristen by name, but he did not do the same for me. He said that CNN was not “fake news”—we all know that—but he allowed the “dishonest” remark to hang there.

By the time we all got to Helsinki, the damage to our friendship had been done. Shortly after our arrival, my producer Allie and I were walking up the street outside our hotel in Helsinki as Roberts and his producer, Fin Gomez, approached, heading in our direction. Then, all of a sudden, they both walked over to the other side of the street to avoid crossing our path. I haven’t really talked to John since.

When folks wonder if I have any regrets, I have to say I really do wish I had not lost any friends during these three crazy years covering Trump. But it’s happened. Unfortunately, I think it’s happened to a lot of us.