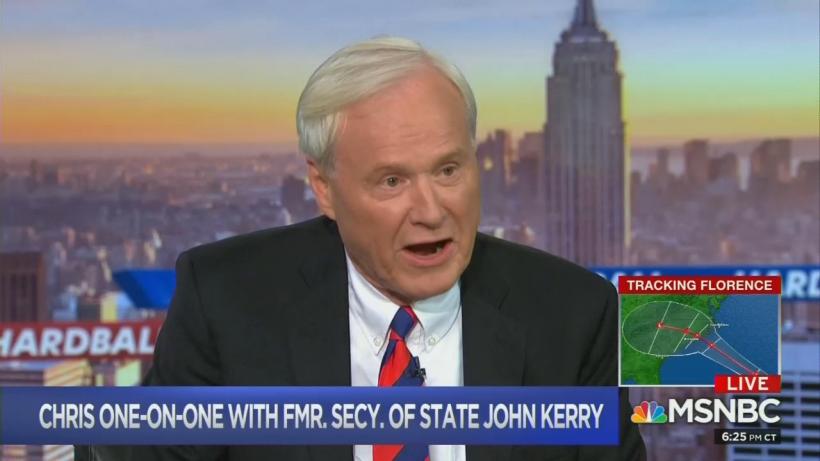 Matthews: Kerry Book Will ‘Have Longer Impact’ Than Woodward’s, Presidents Should Have Served

Speaking later to former Secretary of State John Kerry, Matthews swooned that he loves Kerry’s dull memoir “[b]ecause I think your book’s going to have a longer impact than Bob’s book, because I think it’s about America and it’s about warfare” and that he witnessed both the death of American soldiers in Vietnam but also “the cruelty a lot of American service people toward the Vietnam allies we had, and how they — they seemed to be cold about it.”

Seemingly forgetting about how his beloved Barack Obama didn’t have any military service, Matthews floated the idea that presidents should have been in the military (which Kerry pushed back against): “I — don’t you think presidents ought to have that experience if they’re going to be commander in chief? Isn’t it valuable to have been there and seen what war is?”