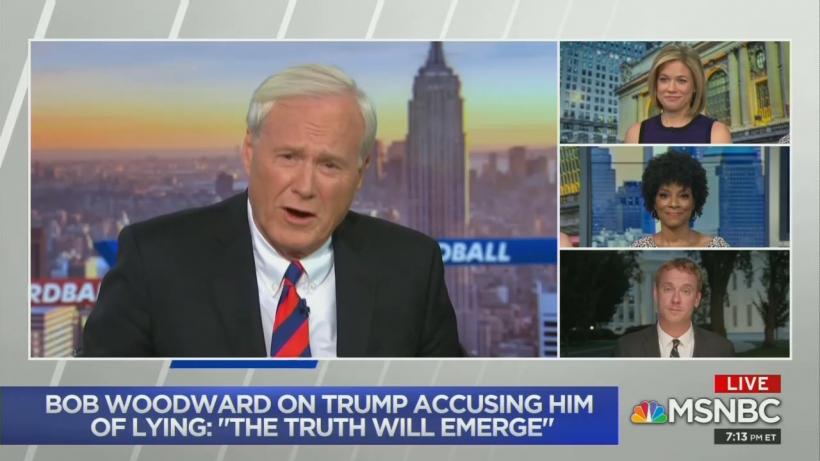 While discussing in the A-Block the release of the Bob Wooward book Fear, Matthews responded to comments from the Associated Press’s Jonathan Lemire about Fear having similar “themes” as the Omarosa and Michael Wolff books by hailing them as a modern day version of the first three Gospels.

Matthews prefaced his weird comment by admitting that he was doing it “at the risk of blasphemy,” but then proceeded to do it anyway:

[A]ll these authors do have sort of a rhyming aspect to them like the synoptic gospels of Matthew, Mark, and Luke. They do tell the same story and it’s ironic that Omarosa from her different background, from Bob Woodward, from Michael Wolff and from this person we don’t know inside the administration, they all sing the same song and if I were the President, I would worry about the one that’s out of tune.

For those not aware, the first three Gospels on the life of Jesus Christ contain many of the same stories and even similar wording. They were each also written before the John.