As we’ve learned since the beginning of the 2016 election, CNN’s Jim Acosta has emerged as perhaps the most melodramatic and self-centered liberal journalists to ever grace the airwaves. Monday’s 20-minute White House press briefing saw a new installment of his temper tantrums as he bewailed Press Secretary Sarah Huckabee Sanders not calling on him.

Sanders ended the briefing by answering a question from CNN political analyst, Playboy correspondent, and Sentinel Newspapers editor Brian Karem about morale in the White House. She then bid the media farewell despite Karem’s pleas for a follow-up.

As Sanders walked away, and after adding that she was going to let wheelchair-bound veterans flanking her “take a break,” Acosta had a conniption while the CNN cameras panned over to him: “Sarah, can I ask you a question? The Justice Department — hey, Sarah! This is the third briefing you have not taken a question from CNN. Do you expect the Justice Department to enforce all subpoenas, Sarah?”

Acosta then tweeted as such about this supposed injustice:

Unfortunately for Acosta, his CNN colleagues didn’t seem that interested in this whining. CNN Newsroom host Brooke Baldwin responded that we heard “Jim Acosta there at the end trying to get a question in” before shifting gears to the absolutely insane Sam Nunberg media tour about his role in the Robert Mueller investigation.

As this writer reminded Acosta on Twitter, he’s once again shown that he’s not able to realize that the world doesn’t revolve around him. 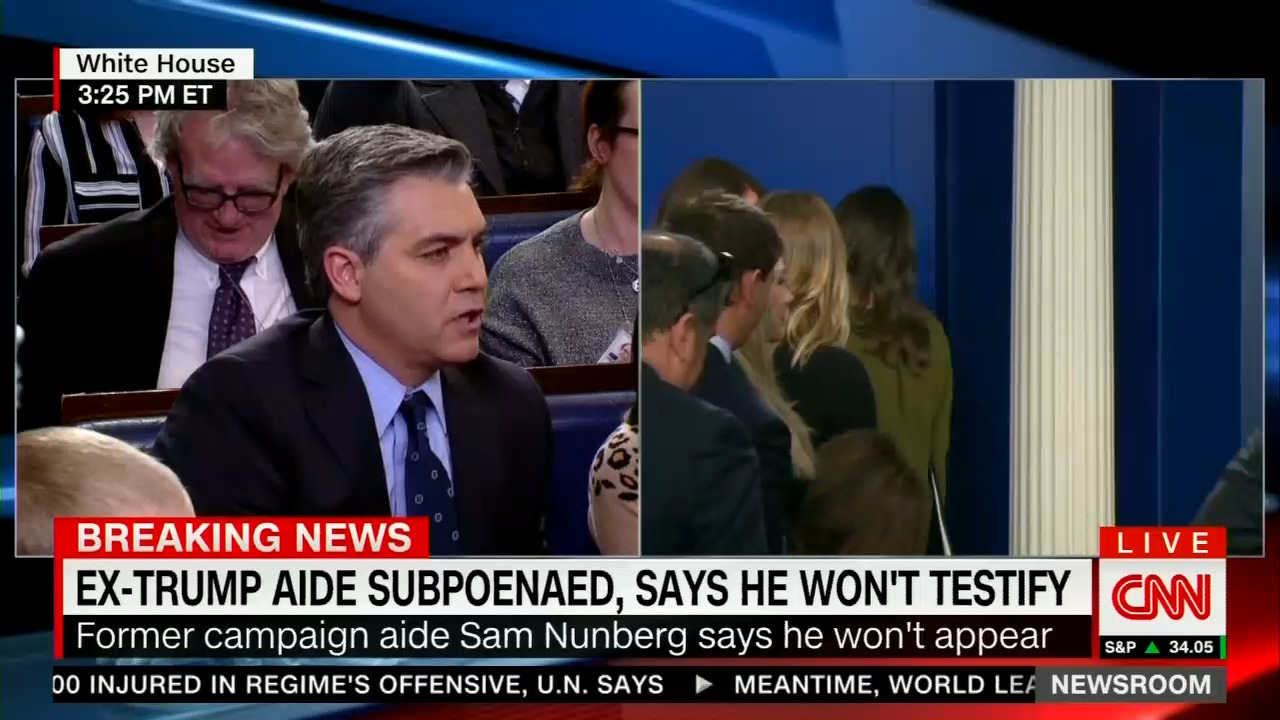 BRIAN KAREM: And a quick follow-up —

KAREM: I'm going to let these guys take a break. Thanks, guys.

BROOKE BALDWIN: Alright. Jim Acosta there at the end trying to get a question in. So you heard it, a lot of topics covered but we really want to hone in on this Sam Nunberg story.