Providing an example of how vocal reporters are on Twitter than in their natural habitats (e.g. on-screen or in print), Politico’s senior White House correspondent Edward-Isaac Dovere lashed out at Donald Trump’s son-in-law Jared Kushner on Monday for assisting Trump in “look[ing] into a new TV network that would cater in part to Nazis” despite having Holocaust survivors for grandparents.

The tweet in question about Ivanka Trump’s husband came late Monday morning as Dovere smugly declared that “it’s so nice Jared Kushner’s grandparents survived the Holocaust so he could into a new TV network that would cater in part to Nazis.”

Within the same hour, Dovere mocked a new report from the Center for Public Integrity that journalists have given hundreds of thousands of dollars to Hillary Clinton and thus illustrating the public’s disdain for a media that cares little about how they’re viewed by the public: 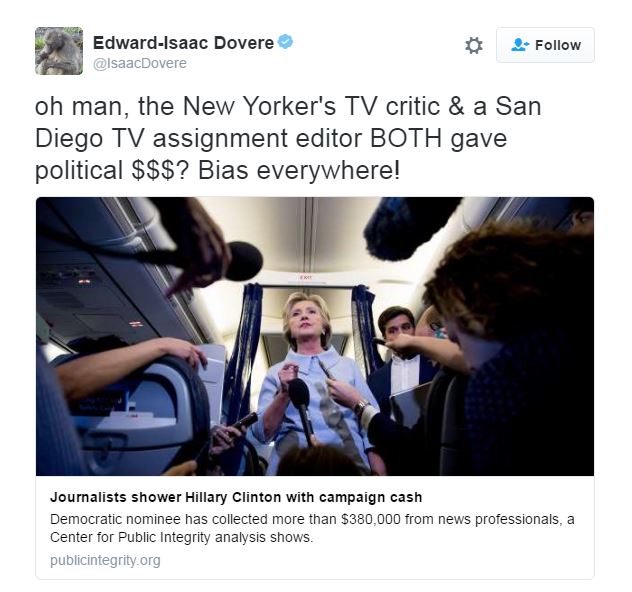 Dovere later engaged with some Twitter users who expressed their disgust at the Kushner tweet and, as of this post’s writing, expressed no remorse for the comparison between Trump and Hitler as well as Trump’s policies with Hitler’s murdering of nearly six million Jews.

To add a third and final tweet peeking into this liberal journalist’s mindset, Dovere lacked any sort of self-awareness concerning the mainstream media’s coverage of Donald Trump’s rigged claims as he trashed Fox News: 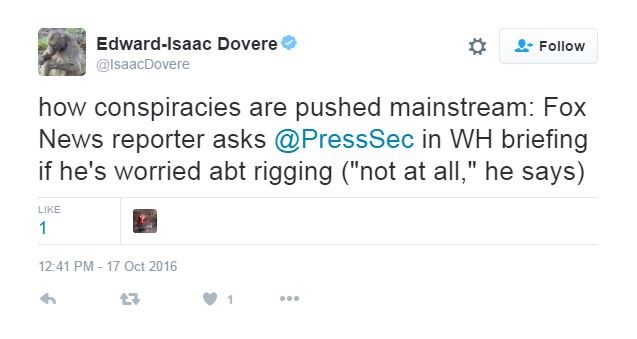