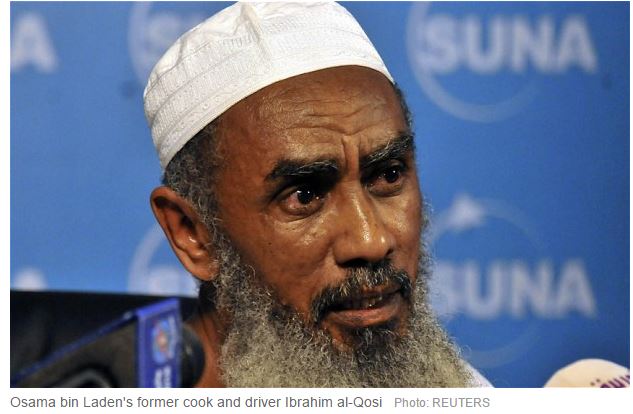 According to a Wednesday night post on the website Long War Journal by Thomas Joscelyn, a former detainee held at Guantanamo Bay named Ibrahim Qosi has rejoined the world of Islamic terrorism and ascended to a leadership post in al-Qaeda in the Arabian Peninsula (AQAP) following his release in July 2012.

With this shocking story coming as the Obama administration still hopes to close the prison, the question going forward from a media standpoint is this: Will the media show any interest in this threat to national security and failure on the part of the adminstration?

According to Joscelyn, Qoosi (who also goes by Sheikh Khubayb al Sudani) “plead guilty to charges of conspiracy and material support for terrorism before a military commission” back in 2010 but “was transferred to his home country of Sudan two years later, in July 2012.”

Not surprisingly, he went onto join AQAP in 2014 and appeared in a propaganda video with other members recalling their lives as radical Islamic extremists (as he began waging jihad in Afghanistan in 1990). Here’s more on the threat of Qosi from Josceyln’s post:

Qosi’s appearance marks the first time he has appeared in jihadist propaganda since he left Guantanamo. His personal relationship with Osama bin Laden and time in American detention make him an especially high-profile spokesman.

A leaked Joint Task Force Guantanamo (JTF-GTMO) threat assessment and other declassified files documented Qosi’s extensive al Qaeda dossier. In the threat assessment, dated Nov. 15, 2007, US intelligence analysts described Qosi as a “high” risk to the US and its allies.

As for how he got to Guantnamo Bay in the first place, Joscelyn explained:

In Dec. 2001, the Pakistanis captured Qosi as he fled the Battle of Tora Bora. He was detained as part of a group dubbed the “Dirty 30” by US intelligence officials. The “Dirty 30” included other members of bin Laden’s bodyguard unit, as well as Mohammed al Qahtani, the would-be 20th hijacker. Qahtani, who was slated to take part in the Sept. 11, 2001 hijackings, had been denied entry into the US just months before.