Brian Williams' Suspension Ends, Will Return to MSNBC in September 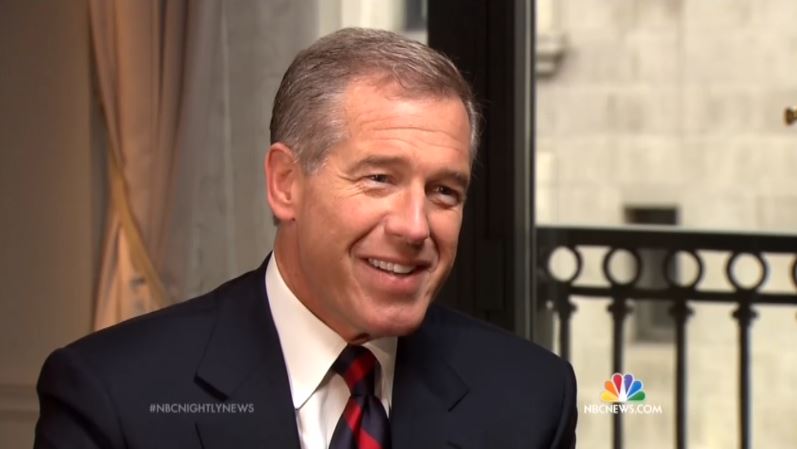 Brace yourselves, NewsBusters readers: Brian Williams will soon be coming to a cable TV near you before the end of September.

According to CNN Money’s Tom Kludt late Tuesday night, NBC News confirmed that the disgraced former NBC Nightly News anchor’s six-month suspension has ended and will be appearing on MSNBC starting next month.

Kludt reported that “NBC told CNNMoney on Tuesday that Williams will assume his new role as a breaking news anchor for MSNBC in mid-September, but no date has been set.”

The peacock network also refused to elaborate on where Williams will operate out of and specifically he will have the same office in 30 Rock where he had been before his suspension for lies regarding numerous stories he’s covered in his career.

>> Find all of NewsBusters‘ coverage of Brian Williams here <<

It should be noted that the confirmation comes almost two weeks after MSNBC cancelled The Cycle, Now with Alex Wagner, and The Ed Show as part of the liberal network’s revamping of its show lineup. Since MSNBC President Phil Griffin dropped the hammer on July 30, MSNBC Live has been shown Monday through Friday from 3:00 p.m. to 5:00 p.m. Eastern.

As part of a memo announcing the cancellations, Griffin explained that the cable news outlet will “unveil a 9am to 5pm schedule” next month that will focus heavily on “breaking news events that are shaping the day.”

With that in mind, it remains to be seen whether or not Williams will be appearing on the network solely for breaking news or if he’ll also be hosting an hour-long show (as he previously had on the network during the 1990s).