Eugene Robinson: GOP Has Moved ‘Way, Way, Way to the Right on Abortion’

On Tuesday's Morning Joe, the Washington Post’s Eugene Robinson attacked the Republican Party for “going way, way, way to the right on abortion.” The columnist based this opinion on Marco Rubio’s refusal to rule out voting for a bill that wouldn't have exceptions for cases of rape or incest. No word from Robinson about a move to the left in the Democratic Party despite a surge in the polls from self-avowed socialist Bernie Sanders.

Robinson believed that this alleged shift to the right will hurt the party in 2016, saying it’s “going to have to pay for [it], I think, in the general election.” The regular Morning Joe panelist also included a list of other issues in which the Republicans have, in his mind, drifted to the right: “And I think it's going there on immigration with the exception of Jeb Bush, and on health care, on a variety of issues, on the Iran deal.”

Marco Rubio has faced criticism from several media sources for his position on abortion. Last week, CNN's Chris Cuomo attempted to go after the Florida senator for his views on abortion, with very little success.

MIKE BARNICLE: Well, Gene, let's start with topic A among those candidates, Marco Rubio and abortion. I mean, is – Marco Rubio in a sense, depending on who you talk to, is kind of fortunate that Donald Trump is still out there because this would be front and center. 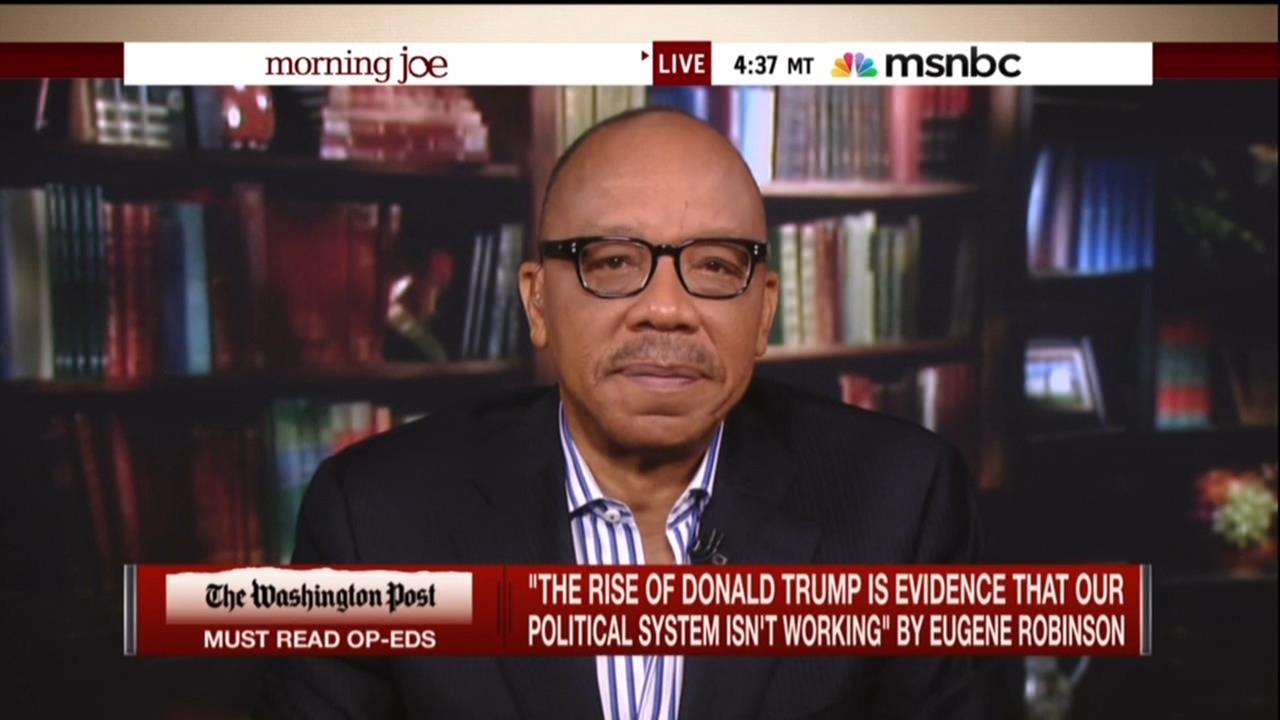 EUGENE ROBINSON: Exactly. This would be headline news if Donald Trump weren’t there. But, as you guys had been discussing earlier, kind of stealthily under the radar, the Republican Party is going way, way, way to the right on abortion in a way that it's going to have to pay for, I think, in the general election. And I think it's going there on immigration with the exception of Jeb Bush, and on health care, on a variety of issues, on the Iran deal. It's gone there. And, you know, the thing that fascinates me is how well the protest candidates are doing in the Republican race. Donald Trump, Ben Carson, Carly Fiorina, who is not a politician. And I would include Ted Cruz, who, you know, who has dedicated his senate career thus far to not acting like he wants to stay in the senate very long. Not acting like he wants to get along with his colleagues. There is something interesting happening out there and it is being masked by the circus around Donald Trump I think.