Sunday on Reliable Sources, Brian Stelter brought Jay Carney and John King to the program to discuss CBS reporter Major Garrett’s controversial question to President Obama about Iran. Garrett asked the president whether he could be content with the Iran deal knowing that there were four American hostages still being held in Iran.

Carney hit Garrett, calling him “pompous” and deeming his question “offensive.” The long time White House press secretary for the Obama administration said “he understood why the president took offense,” noting it was a “poorly chosen word” on Garrett’s part.

While Stelter largely left the analysis to Carney and John King, he commented earlier that “he’s all in favor of aggressive questioning of people in power.” However, he noted how Garrett’s line of questioning “did become an issue.”

John King, the host of CNN’s Inside Politics, suggested Garrett was trying to “get under the skin” of the president in order to get a better answer.

BRIAN STELTER: Garrett asked a question on a topic we're watching closely on this program. The fate of Washington Post reporter Jason Rezaian and several other Americans imprisoned in Iran. Now, as a news consumer, I'm all in favor of aggressive questioning of people in power. I want more of it, not less. But how Garrett asked him did become an issue. Take a look.

MAJOR GARRETT: Can you tell the country, sir, why you're content – with all the fanfare around this deal – to leave the conscious of this nation and the strength of this nation unaccounted for in relation to these 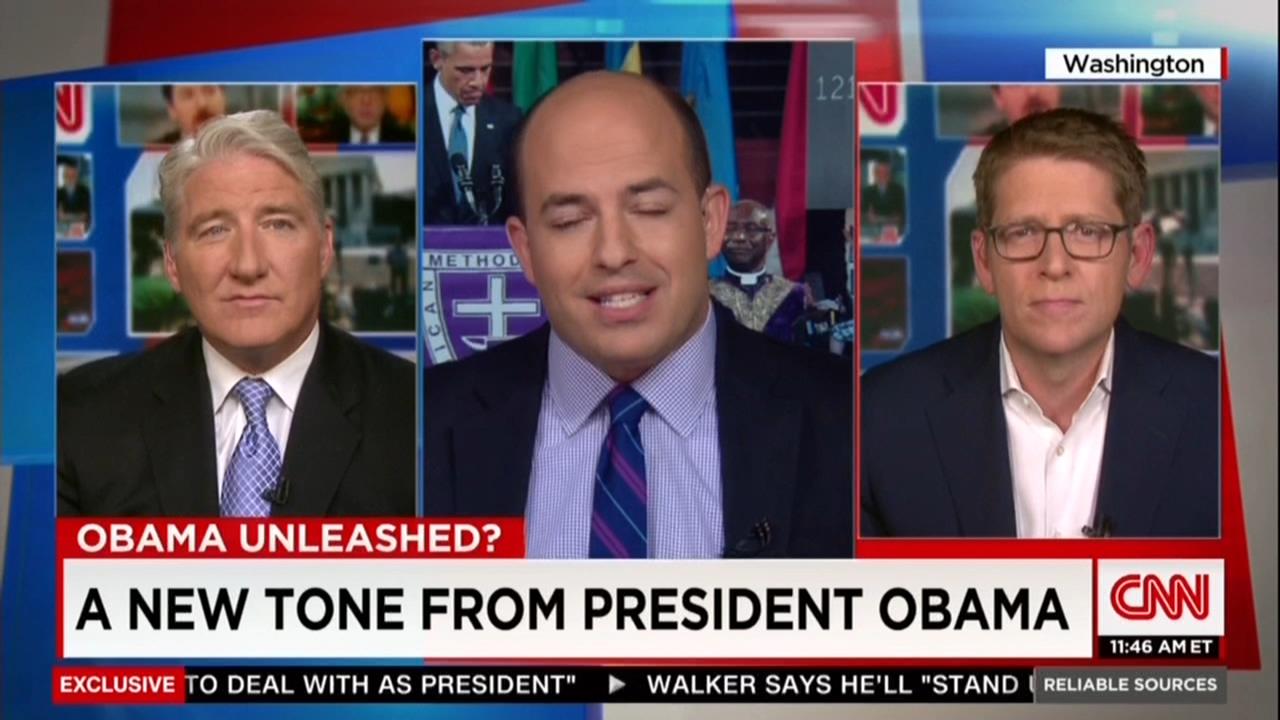 BARACK OBAMA: I gotta give you credit, Major, for how you craft those questions. The notion that I'm content as I celebrate with American citizens languishing in Iranian jails – Major, that's nonsense. And you should know better.

STELTER: Was Garrett's question out of line and did the president step on his own message by saying you should know better? The two perfect people to ask are standing by. First, Jay Carney. He’s been on the receiving end of many tough questions. He was President Obama's press secretary from 2011 to 2014. And CNN's John King, a former White House correspondent. He’s tossed out many tough questions over the years and he’s now the anchor of Inside Politics here on CNN on Sunday morning. Jay, John thanks both for being here. Jay, tell me what you thought of the question first since you are someone who knows the president so well. Did you find it to be offensive?

JAY CARNEY: Well, I thought it was pompous and offensive in its suggestion that any president would be content leaving four Americans in Iran, and I understand why the president took offense. But the question about those four Americans was legitimate. It was just a poorly chosen word, meant to provoke, as I think Major said later. But I also think the president probably felt good about going after Major a little bit, telling him that he should have known better. But in doing so, he actually did not serve himself well because he distracted from what he was trying to get done at that press conference which was  talk exclusively about this very important agreement with Iran over its nuclear weapons program.