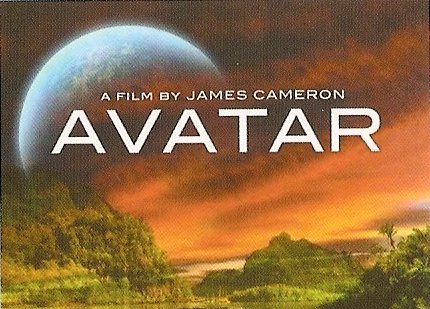 Studio executives might want to make a New Year's resolution to show less skin in their movies.

A December 29 CNN article reported that a recent study found that "sex and nudity failed to positively affect a film's popularity among viewers or critics and did not guarantee big box office receipts."

"Sex Doesn't Sell -- nor Impress! Content, Box Office, Critics, and Awards in Mainstream Cinema" was published in the journal Psychology of Aesthetics, Creativity and the Arts last month. A Nexis search revealed that ABC, CBS and NBC have not covered this study since its publication.

Researchers analyzed the content of more than 900 films released between 2001 and 2005.

"The top-grossing films in the study included movies like ‘Shrek 2;' ‘Spider-Man;' ‘Star Wars Episode III: Revenge of the Sith' and ‘The Lord of the Rings: The Return of the King,' all of which contained mostly minor to mild sex and/or nudity," reported CNN.

Dean Keith Simonton, a professor of psychology at the University of California, Davis and a co-author of the study told CNN, "Sex did not sell, whether in the domestic or international box office, and even after controlling for MPAA rating. In other words, even among R movies, less graphic sex is better."

This research also holds true for the 10 highest grossing movies of 2009. None contained graphic sex scenes and only one, "The Hangover," a raunchy comedy about a bachelor party in Vegas, featured a lot of sexual content. Others on the list, such as "Transformers: Revenge of the Fallen" "Star Trek" and "Avatar" contained mild sexual content while the rest contained little or no sexual content.

Another important finding, especially as Hollywood enters its award season, was that in the study's data set, sex and nudity did not lead to a higher award count at the Academy Awards.  "In the case of movie awards, sex/nudity does have a small positive correlation with the Golden Globes, an appreciation not shared with the Oscars," wrote the researchers, and noted in a Nov. 18 Miller-McCune article.

Simonton's co-author Anemone Cerridwen became interested in the effect sex has on box office success after, according to CNN, she "had been taking acting classes and increasingly became uncomfortable with some of the sexualized content she was encountering."

"I do believe that there are a fair number of people in the film industry who want to make better films, and this study may give them some ammunition," she told CNN. "I know that Hollywood has been trying to make more family-friendly films for a while (since the ‘90s) and it seems to be helping ticket sales, so my guess is that this research would complement that."

Simonton explained to Miller-McCune's Tom Jacobs that "mainstream cinema still can't get an additional buck out of sex scenes, despite the fact that "sex is cheap with respect to production costs."

"Female actors can be hired for less than male actors, and can be urged (i.e. coerced?) into displaying more sexual nudity/activity; and for various reasons, sex scenes may be less expensive to shoot," he continued.

Craig Detweiler, director of the Center for Entertainment, Media and Culture at Pepperdine University, told CNN that audiences have seen it all before.

"Nothing is shocking anymore. You can see it in Britney Spears' kiss with Madonna and Janet Jackson's Super Bowl performance," he said. "Things that were a big controversy among some, the next generation kind of yawned at it."

Simonton and Cerridwen's study also revealed that while sex is not great for box office returns, "violence tends to have a positive effect on U.S. and world gross."

Time will tell if Hollywood will listen to this research. In the mean time, numbers don't lie. Movie audiences don't want to see graphic sex.