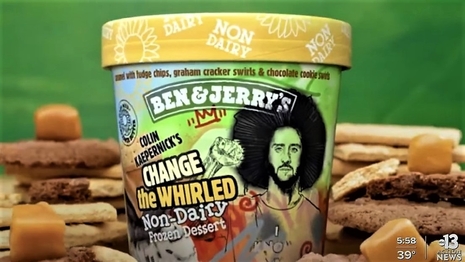 The New York Times is eagerly awaiting the start of the Democrats’ prime-time, televised January 6 hearings, “Jan. 6 Hearings Give Democrats a Chance to Recast Midterm Message.”

Among the pathetic Democratic political tactics promoted by reporters Annie Karni and Luke Broadwater was an ice cream giveaway at a big-screen showing of the hearings. Because that’s how one marks a deadly attack on the very foundations of the republic: One scoop or two?

But while the Times cheers on the Democrats attempt to gain political advantage for November, they disaparaged Republicans for raising objections. Every objection is at odds with "the truth."

[Democrats] have retained an experienced television executive to ensure that happens and organized scores of watch parties across the country in hopes of generating interest. But they are facing an onslaught from Republicans who are bent on denying, downplaying and obfuscating the truth of what happened in their own messaging operation aimed at discrediting the inquiry.

There's no cynicism about a political party playing politics with tragedy and scandal in 2022:

Still, some Democratic operatives believe the political payoff could be substantial, both in energizing the party’s core supporters and in appealing to independent voters who may turn against Republicans based on what they see and hear.

Democrats have met with networks about carrying the hearing live in prime time and have scheduled more than 90 watch events in various states, including a “flagship” event at the Robert A. Taft Memorial and Carillon in Washington, where a large screen will be set up and attendees will get free ice cream.

The group of lawmakers investigating the Jan. 6 Capitol riot would like as many Americans as possible to learn jarring and unknown details about the attack. So they decided to hold a public hearing on Thursday during prime time, when many people are sitting in front of their TVs.

When the hearing begins at 8 p.m. Eastern, NBC will go into special report mode. CBS will air a special called “Capitol Assault Hearings,” while ABC will run “Attack on the Capitol: The Investigation -- An ABC News Special.” MSNBC and CNN will have wall-to-wall coverage all night.

But Fox News will not carry the hearing. Instead, the network will stick with its prime-time lineup of opinionated conservative hosts…. 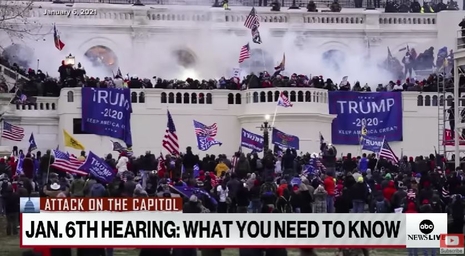 The Times even provided a helpful guide to watching the partisan hearings.

The tone was vastly different for the Republican-led Benghazi hearings, which launched after the September 2012 attack that killed Ambassador Christopher Stevens and three other Americans, and focusing on whether the Obama administration, including Secretary of State Hillary Clinton, had been blind to the dangers of Libyan extremist groups.

On the eve of congressional hearings, the Times buried story on page A10 under a dismissive headline, "Before Hearings on Libya Attack, Charges of Playing Politics."

The title of a May 2013 online symposium read "Serious Investigations, or Partisan Ploys?"

A May 2014 story claimed Republicans had “opened themselves up to accusations that they are politicizing a tragedy that cost four Americans their lives and misusing congressional oversight authority for gain in an election year.”