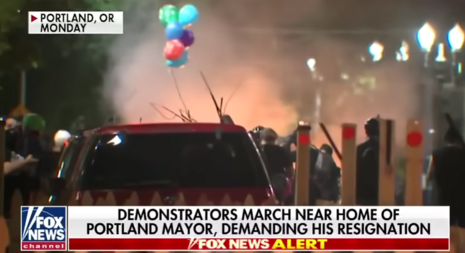 The New York Times efficiently channeled the hypocritical left-wing rage over President Trump’s late-September Garden ceremony introducing his Supreme Court nominee Amy Coney Barrett, which may have helped spread coronavirus among White House staff and others who have since tested positive.

Tuesday’s edition of “The Interpreter,” a column and newsletter from Max Fisher and Amanda Taub, quoted aggrieved leftists on how they have had to cancel weddings and funeral services while the president holds White House functions without masks: “The Unfairness Toll.”

The “Interpreter” certainly wins points for audacity. Ever since the protests against police brutality and racism began after the police killing of George Floyd in Minneapolis in late May, conservatives have pointed out the unfairness of lockdown restrictions being utterly ignored when masses gathered in the streets to protest and often riot.

Meanwhile, people who actually followed the rules were unable to visit their dying relatives or attend funerals or weddings, church services or graduation ceremonies, any of the rituals of ordinary life.

The paper blithely ignored that inconvenient ideological angle for months. But now that the shoe is on the other foot and it’s the left complaining about Trumpian carelessness regarding virus prevention, the issue of unfairness is suddenly resonant.

The piece began with quotes of liberal Twitter outrage after the White House marked the president’s Supreme Court nomination with a Rose Garden ceremony, under the heading "What Do You Think When You See This?"

“We cancelled our wedding.”

“I had to have a Zoom memorial for my son.”

“I had to tell my Mother goodbye over the phone.”

“I think about my autistic cousin who died alone in his apartment of covid a few days before Passover.”

“My ten-year-old niece broke down crying this summer, asking whether she could please hug my mom, her grandmom, if they both wore trash bags over their heads.”

These are some of the hundreds of Twitter responses to a video of maskless administration officials embracing at a White House celebration that is thought to have spread Covid-19 to President Trump and others. Many of the stories are in response to a question posed by Georgetown University political scientist Don Moynihan, “What do you think when you see this?”

Public outrage has channeled not just a sense of loss but, tellingly, of unfairness.

Where were those voices shouting “unfairness” when it was conservatives seething of being locked away while protestors and rioters were free to roam in mass packs, often maskless?

Millions of Americans have sacrificed dearly to comply with guidelines meant to curb the virus’s spread. Meanwhile, administration officials overseeing the highest death toll on earth appear, in the video, to be living free of such burdens….

One could say the exact same thing about the protestors and rioters who took to the streets this summer after George Floyd.

That Mr. Trump had exposed a number of people who did not have access to daily rapid testing seemed to underscore the sense of a separate set of rules and risks for the elite versus everyone else.

“It makes you feel like a sucker,” Charlie Warzel, a New York Times opinion columnist, wrote on Twitter.

Welcome to the club.