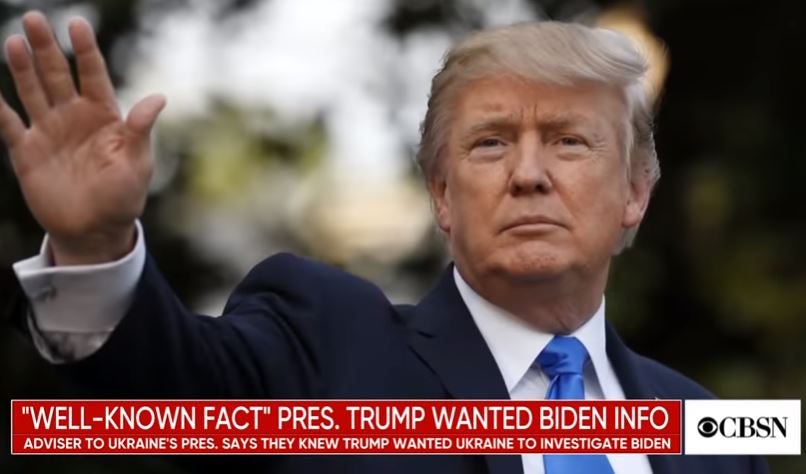 The New York Times had a pretty mild reaction to Joe Biden’s klutzy demand to the media last week that it cease inviting Trump lawyer Rudy Giuliani on television to talk about the controversy over Biden’s son Hunter and his questionable dealings in Ukraine.

Mr. Biden’s advisers have not been shy about offering advice to journalists. Earlier this month, the campaign sent a memo to an elite group of campaign reporters warning that any news story would be “misleading” if the Trump camp’s claims about Mr. Biden were unsubstantiated.

The press (and those “elite” campaign reporters?) has certainly taken Biden’s lead and acquiesced, including using the term “unsubstantiated” with embarrassing regularity to talk about the charges of Biden family nepotism highlighted by President Trump.

Reporters Lisa Lerer and Reid Epstein even patted the Biden team on the back for pressing the press on the issue, in “Biden Team Draws Lessons From Clinton’s Defeat in Combating Trump.” That story also included the term “unsubstantiated.” In fact, virtually every Times story on the Biden allegations employs that adjective as a warning, signaling Republican partisanship. It’s quite the double standard.

A few examples from the previous several days:

September 26: "Yet several former staffers of Mr. Biden and political donors backing his candidacy have held conversations in recent weeks about moving ahead with a super PAC, and said Mr. Trump’s furious, and often unsubstantiated, allegations about the former vice president had convinced them it was imperative they act.”

September 27: “He said it made sense for Congress to investigate a whistle-blower’s complaint, made public on Thursday, that Mr. Trump used a July 25 phone call with Ukraine’s president to advance his personal interests, including asking him to look into unsubstantiated allegations of corruption against former Vice President Joseph R. Biden Jr. and his younger son.”

September 28: "Backed by Mr. Trump, Mr. Giuliani, who once aspired to be secretary of state, sought to tar Mr. Biden with unsubstantiated accusations of impropriety, while he and associates working with him in Ukraine on the president’s agenda pursued their own personal business interests."

And most recently from Thursday’s lead story, “Democrats Warn Subpoena Is Near For White House.”

....House Democrats were left fuming after [State Department inspector general Steven] Linick handed over a packet of news clippings, timelines and interview notes that appeared to have been shared with the State Department by Mr. Giuliani, most related to the unsubstantiated corruption accusations about Mr. Biden and his son that were at the heart of the president’s pressure campaign."

In all, the paper has made at least seven uses of “unsubstantiated” to refer to the so-far under-investigated Biden charges.

Yet Republicans rarely if ever get the benefit of the doubt when they are accused by Democrats. There is never journalistic emphasis that the Democrats haven’t proven wrongdoing, and little or no use of the U-word (see: Kavanaugh, Brett).

The sharp contrast was also demonstrated during the 2004 presidential campaign pitting Republican incumbent George W. Bush against Democratic Sen. John Kerry, whose Vietnam war record came under assault by the Swift Boat Veterans for Truth. “Unsubstantiated” was the paper’s favorite word to describe the allegations.

Throughout the life of the  story, the Times tarred the Swift Boat Veterans for Truth veterans group and focused solely on discrediting them, rather than investigating the charges. The Times’ stuck the warning label of "unsubstantiated" on the group's allegations no less than 20 times over its coverage. By contrast, not once did the paper describe even the wildest "Bush-was-AWOL" charges as "unsubstantiated.”

Mr. Giuliani is mentioned frequently in the whistle-blower’s complaint and in recent weeks, he has admitted in interviews to trying to gather dirt in Ukraine on Democrats, including Mr. Biden, that would help the president politically...

So Democrats “investigate” Republicans, but Republicans “gather dirt” on Democrats? The wording has since been changed:

Mr. Giuliani is mentioned frequently in the whistle-blower’s complaint and in recent weeks, he has admitted in interviews to trying to gather damaging information in Ukraine on Democrats....