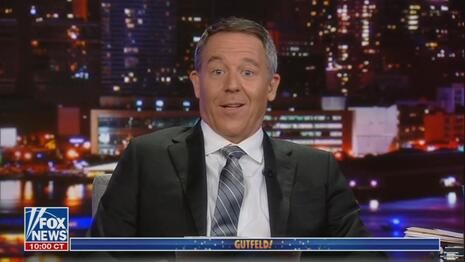 The Fox News phenomenon should have been a wake-up call to every TV executive.

The formula couldn’t be more simple.

So the same should hold true with late night television. Every comedy showcase, from The Tonight Show to Desus & Mero, leans reliably to the Left. In most cases it’s Democratic talking points with the occasional punch line.

Why not attempt a right-leaning alternative? Michael Loftus once suggested just that, but the chilly reaction his pitch received explained everything. Show business executives would rather leave all that money piled high on the table than give half the country a voice.

A few weeks ago Gutfeld! rose to the top of the ratings heap. The moment came after President Joe Biden’s Afghanistan debacle, suggesting audiences would rather hear someone snark about it than play defense for the indefensible.

Except a new ratings report shows the Gutfeld! effect may be longer lasting. 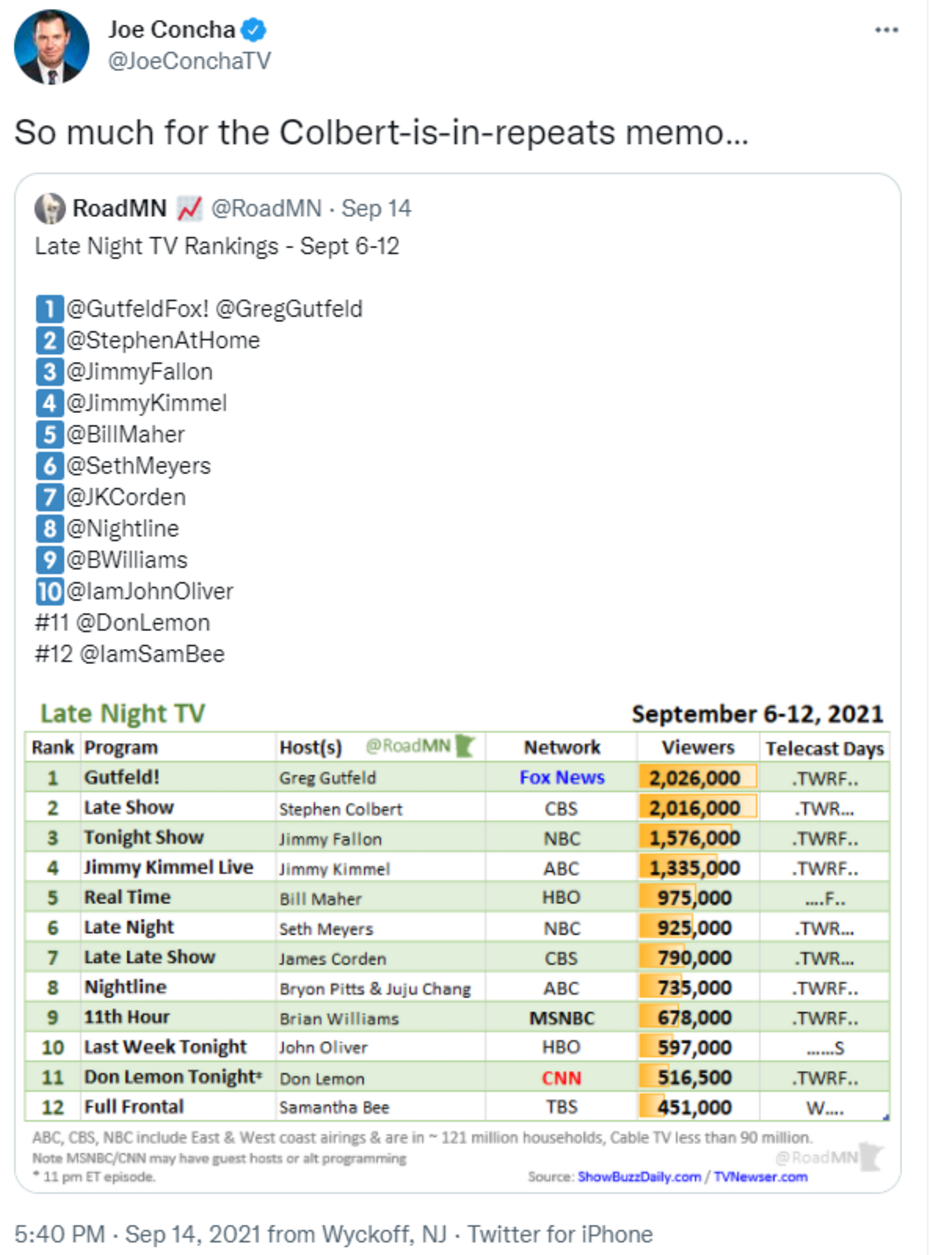 Is it the Fox News effect all over again?

t’s worth noting that Fox News isn’t all alone in the conservative-leaning news game these days. Newer channels like Real America’s Voice (note: this reporter is a contributor) and Newsmax offer similar takes on the latest headlines.

Yet no major, or even minor, platform attempted something in the Gutfeld! mold. The closest version of a right-leaning alternative comes each week via Adam Yenser’s The Cancelled News. The late-night style show, available on YouTube, offers a traditional monologue that doesn’t leave Democratic targets out of the equation.

Will audiences eventually tire of Gutfeld! and restore Colbert to his late night throne?

Consumers finally have a late night alternative, a program willing to call out politicians on both sides of the aisle. And since Netflix, Hulu, ABC and the rest have no interest in telling jokes that might hurt Democrats, there’s a good chance Gutfeld! will remain on top for some time.