If You Ever Doubted Movie Critics Were Overwhelmingly Liberal … 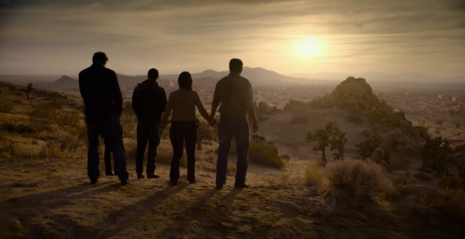 The Purge franchise is nothing if not consistent.

Few observers would argue with that assessment. Series creator James DeMonaco certainly wouldn’t. He’s discussed these themes at length in interviews conducted over the past decade.

And, of course, he has every right to tell his stories his way. Artistic freedom is a wonderful thing, as is a critic’s right to debate the storytelling merits in play.

What’s fascinating, though, is to read the critical responses to the Purge series. The latest installment, The Forever Purge, gives movie goers a perfect glimpse at how the modern movie critic thinks.

It’s rarely discussed in the open, but ideological diversity is in short supply within the film critic community. Most critics are unabashedly liberal, and it shows in their reportage. That’s obvious when you peruse the Forever Purge critiques posted this week. 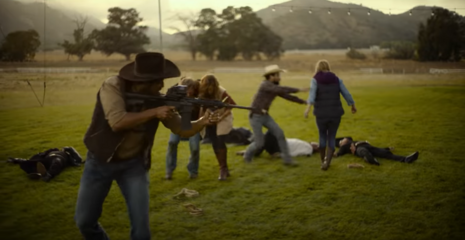 Some critics found the film’s liberal politics heavy handed. Others found the juxtaposition of sobering topics and grindhouse action to be off-putting. A smaller group suggested the blunt force politics were necessary given the tenor of the times.

This reporter read through dozens of Forever Purge reviews, and one element wasn’t mentioned. The film’s political outlook was hopelessly wrong and/or skewed to the Left.

Why? Virtually every critic leans that way, so they agreed with the positions filmmaker DeMonaco took with his fifth Purge outing, even if they had different views as to the movie’s quality.

Openly liberal outlets like Vulture.com cheered the film’s progressive messaging, and understandably so. That speaks directly to its readership’s tastes.

Other critics, like syndicated scribes whose work appears across the media landscape, do nothing to hide their progressive thinking.

And then there’s Chiago (Zahn McClarnon), a tribal leader on whose ancient lands the first and final battles for America are fought. As the blood spills and citizens flee, Chiago’s tenacity reminds us that if America belongs to anyone, it’s him.

This site has cataloged the right-leaning movie critics working the beat today, and it’s a microscopic list compared to the overall landscape. For every one conservative film critic there are dozens who lean to the left. And the latter group’s work is seen on the biggest news sites across the country. Think The New York Times, The Washington Post and august film outlets like RogerEbert.com.

Most of the others conservative critics created their own platforms, like this reporter did back in 2014. Thank goodness the digital age allows for more voices to be heard, but those voices lack the massive platforms of their liberal peers.

It’s still important for movie goers to understand who reviews movies today, and how that body doesn’t reflect the country’s ideological makeup. Not in the least.