This Outspoken Lefty Celeb Has Now Bowed to Cancel Culture. Who’s Next? 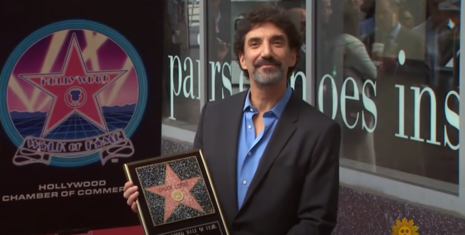 Hollywood has taught us a painful lesson in recent years.

No amount of fame, fortune, prestige or power is enough to inoculate you against the woke mob.

Lorre lacks the name recognition of the aforementioned superstars, but in a way he’s just as powerful, if not more so. He’s the driving force behind some of the biggest sitcoms of the modern era. Think:

It’s one of the most respectable pedigrees of any TV producer, then or now. And he’s still going strong, given newer shows like The United States of Al, Young Sheldon and The Kominsky Method.

Except Lorre admits he censors himself in our Cancel Culture age. He did so publicly this week via his signature Vanity Cards forum, this time featured at the end of “Young Sheldon.”

So consider this card a white flag. An unconditional surrender. For the last year I was afraid to inhale because of a virus. That should have been the least of my concerns. The current atmosphere is too toxic for an N95 mask. And there ain’t no vaccine to protect against [expletives].”

For starters, his latest sitcom got savaged by the woke mob for incorrect groupthink. The United States of Al didn’t cast an Afghani actor to play the show’s Afghan character, and it treated the U.S. military with some respect.

We just saw an ABC executive admit the network killed several well-written pilots because they lacked sufficient diversity. Could one of those shows have been part of Team Lorre?

Lorre isn’t the only artist self-censoring these days. The hosts of Showtime’s Desus & Mero show admitted in 2019 they do the same to avoid getting canceled.

The cable stars are beloved by both the press and the Left, and yet they realize saying one wrong thing could end that love affair in a hurry. It’s a lesson not lost on Lorre, arguably the most powerful TV producer of the modern era.

If they can’t stand up to woke bullies, what chance do other, less powerful, talents have?