Liberal Hollywood Sold Its Soul to China … Now What? 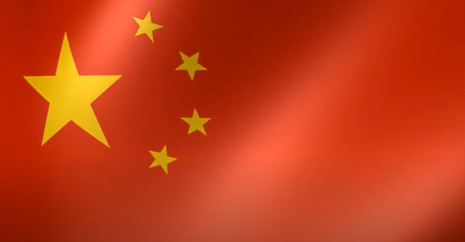 For years whenever China told Hollywood to jump, the industry had but one answer … how high?

Studios drooled over China’s vast theatrical marketplace, with millions of movie goers eager to watch American popcorn franchises like “Fast & Furious.” And they did just that while filmmakers followed the country’s strict rules at every step.

What did Hollywood get in return? Billions in extra revenue, that’s what. Plus, films that flopped stateside, like the “Tomb Raider” reboot, made enough coin in China to stave off financial doom.

China, which has detained hundreds of thousands of Uighurs, Kazakhs and other Muslim minorities in the largest-scale detention of ethic and religious minorities since World War II, has outfitted the facilities with concrete walls and guard towers, the report said….

Former detainees described being held in horrendous, brutal conditions with many blindfolded and handcuffed, being fed a starvation diet of rice, steamed buns and porridge but little or no meat….

They relayed stories about being subject to torture, solitary confinement, forced birth control, forced brainwashing sessions about Communist Party propaganda, and forced to speak only Chinese, as opposed to their native languages.

Not a peep from Hollywood, Inc., the same industry that weighs in on every minor news story with full moral bluster.

Yes, the pandemic forced Hollywood to hold back some titles that would typically fare well in China, like No Time to Die and Fast & Furious 9. Still, the article points out other factors that may make this turn of events the new normal.

China’s film industry is getting good at churning out hits with higher production values, better craftsmanship and big-time support from the Chinese Communist Party, and that is squeezing out English-language blockbusters. In 2019, eight of the top 10 moneymakers in China were domestic productions.

Chinese consumers are relishing locally-produced content in the wake of the pandemic, the L.A. Times notes, stories with robust production values like their American counterparts. The government, eager to embrace film’s cultural soft power, is promoting patriotic fare for audiences to lap up.

Compare that to U.S. studios, which routinely strip away pro-U.S. elements to appease foreign markets.

Plus, the Chinese government’s censorial efforts are increasing with foreign imports, leaving less room for U.S. films to thrive.

Once again, vocal stars couldn’t spare a syllable about how China kept vital pandemic information from the public. We’re about to see two new documentaries on the subject, but industry players bit their collective tongue rather than place blame on Chinese officials.

Add it all up, and it looks like China won’t be saving as many U.S. blockbusters as it had in the past. An already reeling Hollywood will have to find new ways to balance its ledgers as the theater industry tries to come back from the crippling pandemic.

It’s the latest body blow to an industry which sold its soul, and moral standing, for cash.