Remember THIS Hateful Liberal Hit Piece of a Movie? 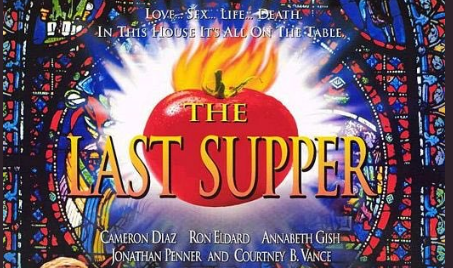 Bll Maher must have loved The Last Supper.

The HBO host loathes religion, so the title alone would make him smile. More importantly, the 1996 satire follows Leftists who murder conservatives to make the world a better place.

And yes, even 23 years ago, liberals played the Hitler Card against those with whom they disagreed.

It’s fascinating to watch the flawed film today in light of all that’s soured in our culture over the past two decades. The Left-Right blueprint remains, but a glance at social media shows how too many liberals cheer when conservatives pass.

What seemed shocking in 1996 feels a tad too close to home now, when the “punch a Nazi … and everyone I disagree with is a Nazi” is part of our realpolitik.

It’s easy to see how The Last Supper would have been met with social media rage today given the battle waged over the similarly themed satire The Hunt.

The latter allegedly followed rich liberals hunting Deplorables to the death. In The Last Supper, the liberals offer their victims a hearty meal before giving them the Grim Reaper treatment.

With names like Luke, Jude, Pete and Marc, it’s clear the film wants its title to evoke something more than a clever pun.

Their dinner conversations routinely gets political, letting them bathe in their progressive virtues.

One fateful night Eldard’s character, Pete, arrives with a little help. A trucker named Zach (Bill Paxton) drove Pete to the dinner party after his car broke down. The friends graciously invite Zach to dinner as a thank you gesture.

Before you can say, “pass the salt,” Zach reveals himself to be a racist Holocaust denier dumb enough to let his hate flow like wine. A scuffle ensues, and one of the grad students stabs Zach to death. 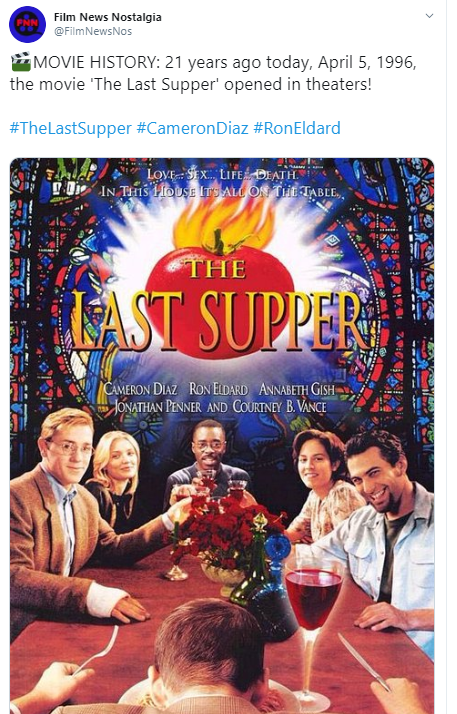 At first, they panic. Slowly, an idea starts to form. Isn’t the world a better place without a monster like Zach lurking about? The concept appeals to these progressives, who worry all their virtue signaling isn’t doing much good.

Maybe they can make real change by eliminating as many conservatives as they can. Why, they might just save the country in the process!

After all, Zach himself suggested they put down their placards and get some skin in the game. Moments before he bled out Zach decried how liberals “whine and complain, but you don’t do nuthin.’”

The students take his life hack to heart. Over and gain. And that’s more or less it for a good hour.

Then again, these grad students are simplified, too. That leaves a broad social satire without much bite. And where are the laughs? The best black comedies will give you a good half dozen, maybe more.

You’ll be lucky to crack a smile during The Last Supper.

The quintet takes to their new mission, growing disinterested in changing any hearts and/or minds. It’s easier to spike their wine and be done with it, no?

Some of the dialogue rings especially true in 2019, though.

“It’s always good to keep track of what the enemies are doing,” Vance’s character says of their close ties to area conservatives. Another cracks, “They’re not people. They’re people who hate,” without an ounce of self-reflection.

A running debate the group employs involves, who else, Adolf Hitler. Would you kill a young Adolf, before he assumed control of Germany if it meant sparing millions of lives?

It’s a cookie-cutter argument, right in line with the film’s monochromatic tone.

Sean Hannity might spike these monsters’ wine glasses, too.

The story gets a mild curveball via Nora Dunn, cast as a local sheriff sniffing around the neighborhood to solve a missing person case. Otherwise, it’s a slog ‘til the finale, which to its credit delivers a delicious twist.

The score is nimble, almost jovial at times, and so are the performances. Vance is the exception, grounding his character’s rage in a frightening manner. His cast mates may be closer to the film’s true spirit, but without a razor sharp script their broad strokes aren’t helpful.

The voice of reason arrives late in the film and from a most unexpected source.

Ron Perlman repeatedly pops up as a conservative TV pundit, a reminder of what these grad students truly loathe. Back then, we didn’t realize the depth of hate lurking in the character actor’s heart. It makes his 1996-era performance unsettling.

We’re living at a time when a libertarian millionaire’s passing sparks a wave of joy on the Left. The minds behind The Last Supper couldn’t predict that dark future, but it makes watching their flawed film downright chilling.